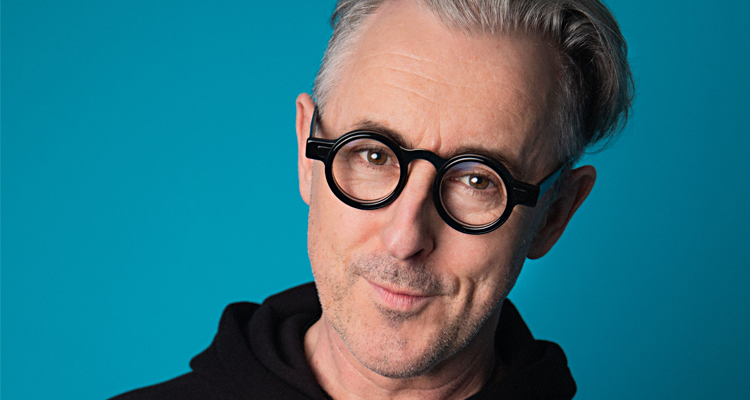 In the series, 20 contestants, including some celebrities like Ryan Lochte along with civilians, come to a Scottish castle and compete on missions with a cash prize awaiting the winner. Three of these participants, though, have been designated as “traitors” and devise a way to take the prize from others. Each week, a new person is “murdered” and leaves the show. “The Traitors” is a 10-episode binge based on the popular Dutch series of the same name.

“I really liked the idea that I was playing this James Bond-y type villain,” he said. “The fact that I was playing a character really excited me. I became addicted to the Dutch one and being at the center of this one, having it all happen around you, was such fun. So juicy. Terrible things happen, and people are awful to each other.”

The first couple of episodes were written before he joined the production, but everything changed once filming began. He had an earpiece in his ear with a producer talking to him, which took a while to get used to.

“You had to be very in the moment,” he said. “I had to be very flexible and [learn] to go with it. It’s hard to describe it — it’s like acting as an immersive piece of theater. As soon as I left my room I would potentially be on camera and dealing with the contestants.”

“The Traitors” differs from its Dutch predecessor.

He knew only a handful of the participating celebs before he came aboard, but knew how obsessive reality competition can be.

“I watched one season of ‘The Bachelor’ and I became obsessed,” he said. “Especially if it’s toying with your emotions. You are watching people deceive each other and lie and seeing how badly behaved people will go.”

The adorable documentary, “No Straight Lines: The Rise of Queer Comics,” after a great festival run two years ago, debuts on PBS next week. It’s about five pioneering LGBTQ cartoonists who have helped make the industry mainstream from the 1970s moving forward. Those five are Alison Bechdel, Jennifer Camper, Howard Cruse, Rupert Kinnard, and Mary Wings. Bechdel, for one, achieved worldwide notoriety with the success of the graphic memoir and Broadway musical, “Fun Home.”

“No Straight Lines” director Vivian Kleinman said that a friend encouraged her to get involved, but she didn’t know initially if she was the right person. She attended the world’s first gathering of LGBTQ cartoonists in New York in 2015.

“The first minute I walked into the conference hall I was astonished,” she said of LGBTQ folks in attendance. “All around were a variety of queer people of all colors and stripes, all engaged together. I had heard a lot of stories, and for a documentary filmmaker — bingo. It was a subject I did not know a lot about that had great storytellers and a plethora of images.”

Most of the subjects had been lined up already, but she and the producers went back and forth about whose stories to tell.

“We worked out a selection that I think excludes some very key people but also allows people to have a connection to the five main people who are approached and a curiosity to explore further,” she said.