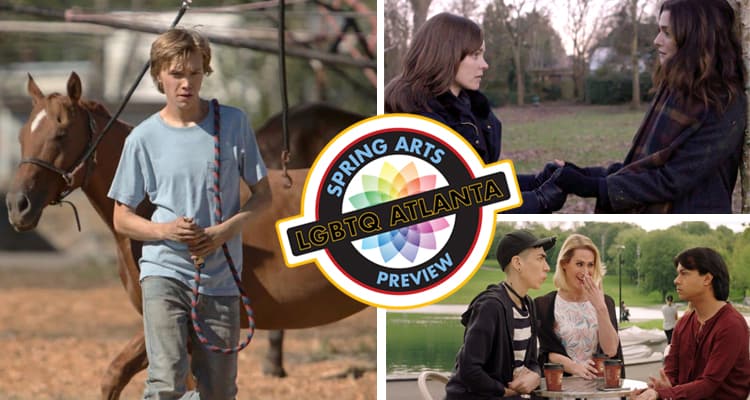 Those clamoring for LGBTQ product at the movies last year had to be happy with “Call Me By Your Name,” “Battle of the Sexes,” “Beats Per Minute, “Professor Marston and the Wonder Woman,” “A Fantastic Woman” and scores more hitting theaters throughout 2017. After a season that saw LGBTQ-themed films left and right, it will be curious to see what 2018 holds in store.

As always, the springtime is often light and that’s the case here, but what little programming is here is a promising slate.

“Love, Simon” has just opened. The film, shot in Atlanta last year and directed by the openly gay Greg Berlanti, is based on Becky Albertalli’s book “Simon vs. the Homo Sapiens Agenda” about a closeted gay high school student who begins an email correspondence with another gay student in school who has revealed his sexuality on a widely-followed blog. With its appealing cast, including Nick Robinson as Simon and Jennifer Garner and Josh Duhamel as his super-cool, accepting parents, and strong word of mouth, this crowd-pleaser should do well at the box office. Atlanta looks amazing in the movie as well.

In April, Rachel Weisz and Rachel McAdams star in the lesbian-themed drama “Disobedience,” based on the novel by Naomi Alderman. This is the first English language film from director Sebastian Lelio, following his most recent success, “A Fantastic Woman,” which just won an Academy Award for Best Foreign Language Film. Weisz headlines as Ronit Krushka, a woman who returns to the town that turned its back on her when she had an affair with a friend from her childhood. Once back, she begins seeing the woman in question (McAdams) again, although their religion doesn’t allow it.

From out director Andrew Haigh, whose credits include “Weekend” and TV’s acclaimed “Looking,” comes “Lean on Pete,” another April offering. This one seems more family friendly, as it follows a teenager who takes a job working for a horse trainer and gets close to a fading racehorse. It stars Chloe Sevigny, Steve Zahn and Steve Buscemi.

Also in April, look for the return of the Atlanta Film Festival. This year’s version of the event features movies spread over 10 days. In addition to some high-profile fare, look for a number of LGBTQ films as part of the Pink Peach series, including the transgender comedy “Venus,” the documentary “Abu” and an appearance by Miss Richfield 1981.

May has its usual assortment of pre-summer blockbusters, with one of the most anticipated being “Deadpool 2,” again starring Ryan Reynolds as the cheeky, sexually adventurous superhero.

Finally, a few titles hitting in early June should appeal to LGBTQ audiences. Was he or wasn’t he? From Morgan Neville, who made the Oscar-winning “20 Feet From Stardom,” comes “Won’t You Be My Neighbor?” a documentary on the late Mister Fred Rogers in which subjects talk about the legendary TV figure and his importance — and address issues of his sexuality. And in the who cares what it’s about but I have to see it category, Sandra Bullock, Cate Blanchett, Anne Hathaway, Dakota Fanning, Mindy Kaling, Rihanna, Helena Bonham Carter and out actress Sarah Paulson star in “Ocean’s 8.” It’s an all-female sequel of sorts to the “Ocean’s Eleven” heist films. Get tickets early for this one!

“Won’t You Be My Neighbor?”
Opens June 8