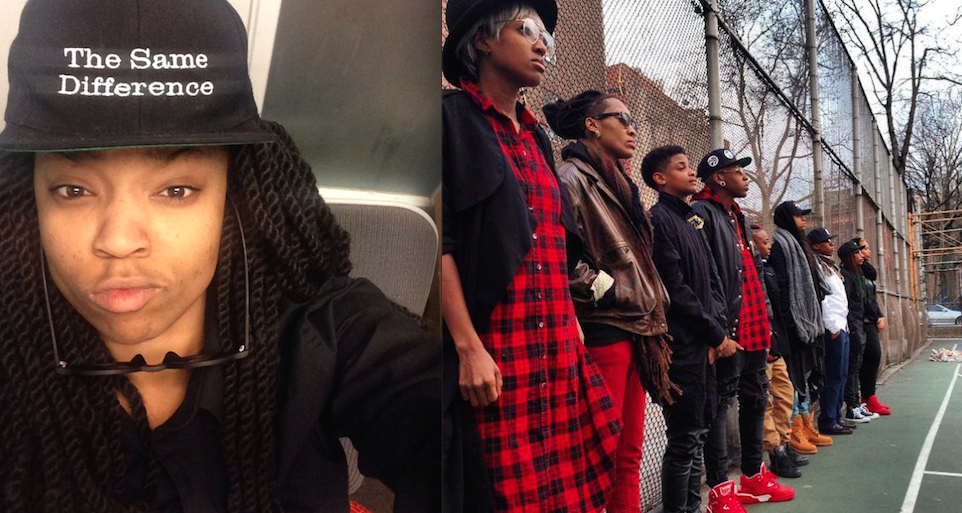 Discrimination against individuals who identify as LGBT isn’t always reserved for people outside of the community. Nneka Onuorah, the visionary filmmaker behind the new documentary ‘The Same Difference,’ playing at Landmark Midtown Arts Cinema this weekend utilizes her film to explore the impact of heteronormative gender roles and expectations that often lead to discrimination and fractured relationships within the black lesbian community. The films cast includes actor Felicia “Snoop” Pearson (The Wire) and the handsomely beautiful AzMarie Livingston (Empire, America’s Next Top Model).

Onuorah, a former BET producer, spoke to Georgia Voice ahead of two sold out screenings during black gay pride weekend to share why it was important to leave her corporate job and deplete her savings to turn ‘The Same Difference’ from an idea into reality.

Georgia Voice: The description of  ‘The Same Difference’ is a documentary about lesbians that discriminate against other lesbians. Can you speak to the type of discrimination that exists in the lesbian community and why?

Onuorah: There is a lot of discrimination in the lesbian community as it pertains to roles. There are a lot of expectations that are put on us by others based on how we choose to present ourselves as either masculine or feminine.

Why was it important for you to tell this story now?

It is important to tell this story now because times are changing. There is a specific concentration on LGBT issues like never before. Right now, media is really focused on trans stories and marriage equality. While we are under a microscope we need to tell the truth.

How were you able to turn an idea for this documentary into a living piece of work?

I really owe this documentary to God and faith. It took a lot of work. The shooting process was actually eye opening. I discovered more of what the catalyst was for a lot of the issues. I was able to get this to life by the support of the community. It was a collaborative effort. When I put the word out that I was doing this film, I got hundreds of e-mails and videos from people who were willing to share their stories. Funding was an issue. I initially did a Kickstarter campaign and did not meet my goal. However, with the help of a few amazing individuals and my savings account from working in TV it worked. I spent my savings on this film.

It appears that the performance of traditional gender roles has a significant impact on the relationship dynamics in both gay and lesbian relationships. Can you speak on the fem and stud dynamic?

The stud/femme dynamic is king in the lesbian community. As is top & bottoms in the gay community. People are not use to seeing stud/stud relationships, and femme/ femme relationships as frequently. In interviewing some stud on stud couples, a lot of them told me that their partners are not comfortable at times holding their hands or being affectionate in public. It can definitely be a barrier for some.

Are there any consequences for black lesbians who don’t adhere to traditional gender roles within lesbian relationships?

Everyone's experience is different. I can't say any one struggle is harder than another because it's subjective. But what I will say is that coming out as a (lesbian) woman isn't always easy. I was raised to fight for my beliefs and to not care about the opinions of others.  However, the difficult part was in the next step. Where do I fit in the spectrum of this community? I thought I needed to dress a certain way or have a certain attitude. When you are coming out at a high school age you are already trying to figure a million other things out. So I went through a really rough stage where I wore extra baggy clothes restricted myself from feminine expression. But then I was like uhmm… I'm tired of this ponytail and du-rag (laughter). Can I get slammed up too but still keep it aggressive? I found my balance. But I don't want younger generations to go through that. Be how you feel.

Do you have any ties to Atlanta and Atlanta Black Gay Pride?

My ties to Atlanta Pride run deep. Atlanta Pride is one of my favorites next to San Francisco. I lived in Atlanta for a short amount of time, which makes it feel like going home to be with my community.

‘The Same Difference’ screens for one day only. Raven-Symone (The View), cast member Felicia Pearson, and Kandi Burruss (The Real Housewives of Atlanta) are scheduled to attend.