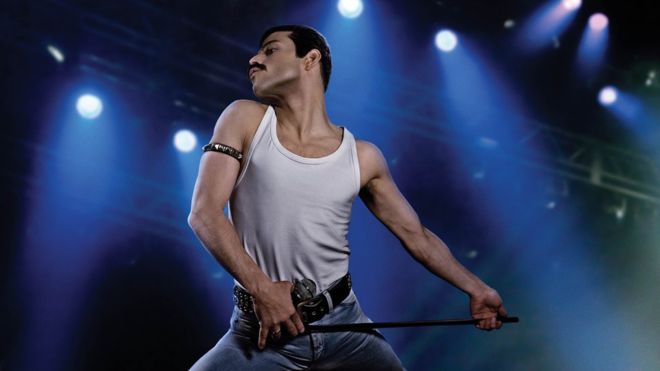 Several minutes of footage were edited out of the Chinese version of the film. Any references, both implicit and explicit, to the Queen singer’s sexuality were missing from the movie, including the scene where he comes out to his girlfriend at the time. Scenes of men kissing and the word ‘gay’ also didn’t make the cut.

Other deleted scenes include a close-up of Mercury’s crotch while performing, interactions with his partner Jim Hutton, and a sequence where the actors recreate the band’s iconic music for their single “I Want to Break Free,” where they dress in women’s clothes.

More than 50,000 people posted reviews of the film to China’s micro-blogging platform Sina Weibo. While the vast majority were positive, with many being pleased the film made it to China at all, others were disappointed scenes had been removed.

“It’s really good that Bohemian Rhapsody is being screened in the mainland,” one user said. “But the plot was broken because of deleted scenes.”

“If there was no deleted scenes it would have been better,” another wrote.

The anti-gay censorship was not unexpected. While homosexuality has been legal in China for more than two years, Chinese regulations ban explicit references to same-sex relationships in an effort to censor content the country sees as inappropriate.

Last month, Chinese broadcaster Mango TV censored Rami Malek’s acceptance speech at the Oscars for his award of Best Actor. The broadcaster changed Malek’s reference to Mercury being a “gay man” to being a part of a “special group.”