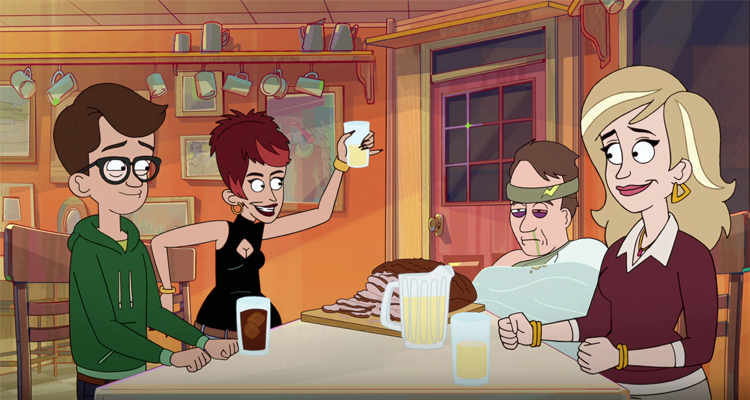 When the American Psychiatric Association (APA) decided in 1973 to remove homosexuality from its list of mental illnesses, it was a landmark moment for LGBTQ equality — and one that is still unheralded. Patrick Sammon and Bennett Singer’s documentary on the subject, “Cured,” debuted on PBS’ Independent Lens on October 11, National Coming Out Day.

Sammon knew back in 2014 that he wanted to make the film. His friend Charles Francis, head of the Mattachine Society of Washington, D.C., wrote a screenplay about Frank Kameny — one of the subjects of the film, who started the Mattachine Society — which featured a scene where psychiatrist and activist John E. Fryer had to put on a mask and don an anonymous name to feel free enough to talk to his colleagues at the 1972 annual APA conference. That scene jumped off the page as one that Sammon found compelling enough to make a documentary around.

From there, he recruited his colleague and friend Bennett Singer to co-direct. “From early on, it was clear to us how significant this moment was in LGBTQ history,” Sammon said. “As long as we were classified as mentally ill, then business and government were going to use it as an excuse against us to discriminate. It had to be the first domino to fall after Stonewall and the fight for equality.”

The first thing the filmmakers had to figure out was who was still around from this fight. Singer and Sammon weren’t sure how many subjects they were going to be able to track down, but they wound up interviewing 12, including some outside activists putting pressure on the APA and people working inside the organization. Among those interviewed are Kameny, Ron Gold, Dr. Lawrence Hartmann, Rev. Magora Kennedy, Kay Lahusen, and Dr. Charles Silverstein. The filmmakers were also able to interview Richard Socarides, a gay activist and political commentator who — ironically — is the son of Dr. Charles Socarides, the leading proponent of the view that homosexuality is a curable mental illness.

During the decades leading up to that decision, LGBTQ individuals could be subject to aversion therapy, castration, and lobotomies.

The whole filmmaking process took five years, with the first interview in 2015. Several reasons attributed to the length of time it took, Sammon said, like digging through all the archival footage available and then visiting archival facilities they did not have access to. “Pulling it all together and then editing it into a coherent and compelling story took a long time and of course there’s the financial side, raising money,” he said. Independent Television Service (ITVS) came aboard with a large chunk of the money, which led to the PBS screening after a successful festival run in 2020.

Sammon thinks it’s vital to have younger audiences who might not know the story see it. “We feel fortunate that no one told the story previously,” he said. “There was an NPR podcast, ‘This American Life,’ back in 2003 that told the story. It’s so large that more than one telling can be done. Some documentaries have touched on this, but there’s been no deep dive. During the production, five of the people we interviewed passed away. The urgency was there. It’s the only time that a film like this about the event can be told in this way with the firsthand recollection of the people who were there. They guide us through the events that unfolded.”

Out actor Rory O’Malley stars in the new Netflix animated series, “Chicago Party Aunt,” in which a young teenager comes to live with his life-of-the-party aunt Diane Dunbrowski. The actor loved the script and found the story funny and outlandish. “At the end of the day, it has so much heart and it’s a love story of an aunt and her nephew Daniel (played by O’Malley),” the actor said. “He’s an 18-year-old gay kid — so sweet and bright — scared to go out into the world, like I was when I was 18. He has decided to take a gap year and forego Stanford and stay with his aunt in Chicago and learn a whole different set of lessons he would not learn from a professor.”

Growing up, O’Malley himself had some aunts — some related to him and some not — he was inspired by, a pack of women who “knew how to relax at Irish pubs on the weekends.”

The actor also played a gay character in the TV series, “American Princess,” and was in the Los Angeles touring version of the musical, “Hamilton.”

“Cured” is streaming courtesy of PBS through November 30.