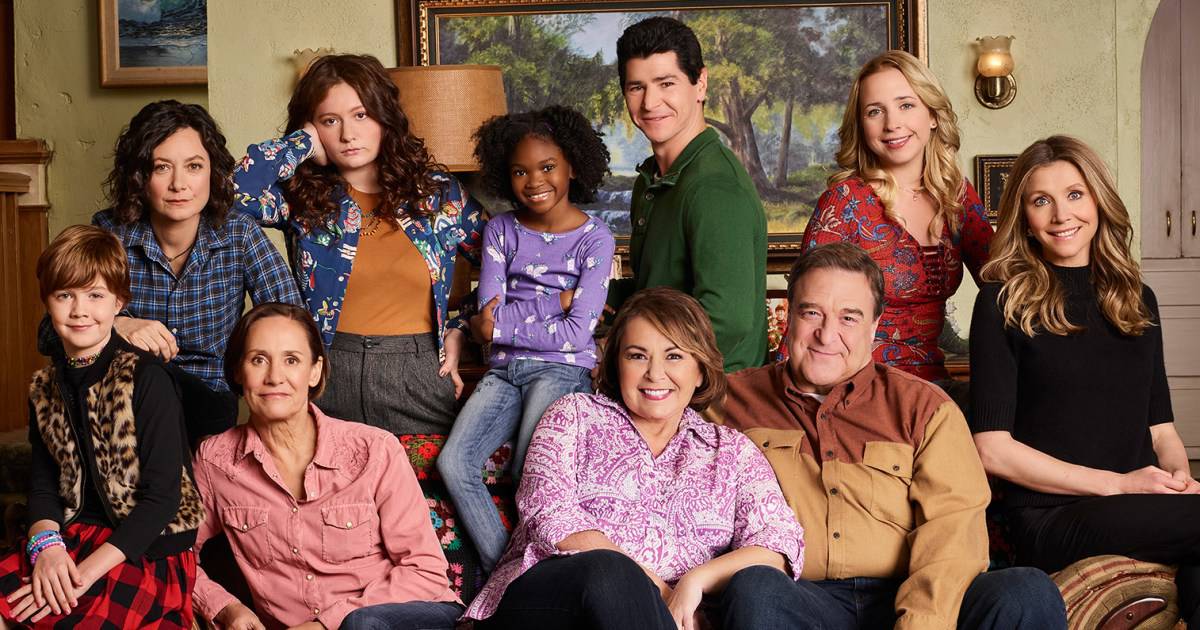 Once upon a time, “Roseanne” was one of the most progressive shows on television. Though it’s debated, many recognize the show to have aired the first same-sex kiss on primetime.

As well, Mrs. Connor, played by show creator, writer, and star Roseanne Barr, was no fan of lip-service politicians who pander to big business over the low earners of Lanford, the fictional Illinois town where the show takes place.

Once upon a time, we had Leon (played by Martin Mull), Roseanne’s one-time boss who was quite openly gay and a beloved regular on the sitcom.

Heck, this year’s reboot included a child who identified as a boy, but preferred dresses and more feminine-presenting clothing and artistic expressions.

Among other LGBTQ plotlines (like Roseanne’s mother’s, played by Estelle Parsons “deciding” she was gay, or Nancy Bartlett, played by out lesbian Sandra Bernhard, being one of the first recurring lesbian characters on primetime), the show was one of the first glimpses into the normalcy of living with and loving members of our community.

Now, we all knew Roseanne came out as a Trump supporter before this season’s premier, much to the ire of the LGBTQ community and beyond. The show, much like “The Golden Girls,” was seen as “family”-friendly viewing, and completely relatable.

Add to all this the fact that Sara Gilbert, who is openly gay, felt safe enough to reprise her role as Darlene, and Wanda Sykes, also an out lesbian, found it okay to write for the show, you’d think we had a solid place for the LGBTQ community to get their primetime on.

And for awhile, it was! The reboot was a smash, garnering the highest opening numbers in the history of sitcoms for ABC.

Then, the tweets happened.

“Muslim brotherhood & planet of the apes had a baby = vj.” The “vj” stands for Valerie Jarrett, who is black and was born in Iran. 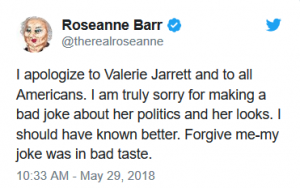 The apology, however, did nothing for the embattled star.

ABC announced, shortly after her insulting tweet toward Mrs. Jarrett, that the show will not be picked up next season. “There was only one thing to do here, and that was the right thing,” tweeted Disney Chief Executive Robert Iger.

Ms. Barr also tweeted that Chelsea Clinton was married to a nephew of billionaire and Democratic backer George Soros. The misinformation was corrected by Ms. Clinton, and Ms. Barr apologized. That didn’t stop her, however, from then accusing Mr. Soros of being a Nazi.

In addition to the cancellation, ABC will not be airing reruns of the reboot. There is no word on whether the syndicated seasons will run on other networks.