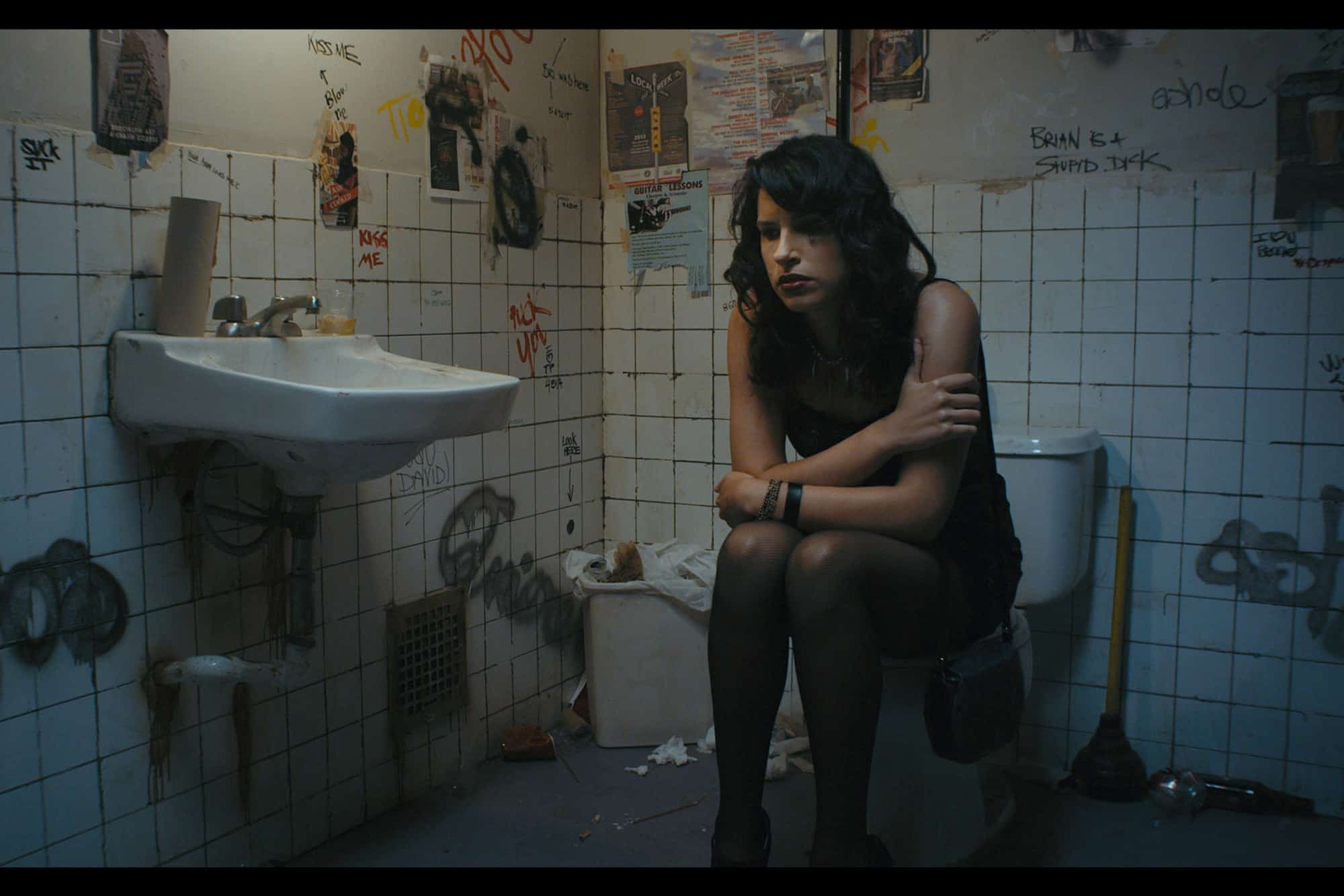 Out on Film: Desiree Akhavan is on her best ‘Appropriate Behavior’ in edgy bisexual rom-com

Probably one of the best films showing at this year’s Out on Film is “Appropriate Behavior,” written, directed and starring Desiree Akhavan.

In all the interviews and stories about Akhavan, she is compared to Lena Dunham, the creator and star of HBO’s hit series, “Girls.” And much to Akhavan’s good fortune, she will be starring in Season 4 of the show—a definite milestone for a career poised to make her a household name in the next few years.

As for the Lena Dunham comparisons, Akhavan, 29, is more, well, flattered than anything else. But she also knows it comes with the territory.

“There are a lot of similarities and that’s the way you sell papers,” she says. “Everyone knows who Lena Dunham is. Nobody knows who Desiree Akhavan is. She’s a really supportive, lovely, generous artist. But at the same time, I don’t see my male counterparts being compared to someone else.”

Akhavan’s bluntness and fearlessness when it comes to speaking the truth—about sex, relationships, family—are what make her a voice very much worthy of being listened to. Plus, she’s just very funny, too.

“Appropriate Behavior” premiered—and was a hit—at the Sundance Film Festival.

“I tried to not imagine anything,” she says of the film’s success. “I was just crossing my fingers to complete the film. This has been a really lucky year.”

In the film, Akhavan portrays Shirin, an Iranian-American bisexual living in Brooklyn trying to find anyway she can to reconcile with her ex-girlfriend while also attempting to teach youngsters how to make movies.

There are autobiographical pieces in the film—Akhavan is Iranian-American, is bisexual, and the film was made as a way to help deal with the breakup of a girlfriend.

But it’s not based on actual events, she says.

“It’s inspired by experiences I’ve had or transitions I’m going through … but there is a distinction between the personal and the autobiographical,” she explains.

“I would never do that,” she says. “My crazy alter-ego would do that.”

In the film, Shirin is also closeted to her family, something that drives her ex-girlfriend crazy. When asked how her parents dealt with her coming out, Akhavan didn’t want to say too much.

“There is so little I get to keep for myself. But it wasn’t an easy process. I’d rather not talk about it. I will say my parents are incredibly supportive now, they love the film, and are huge cheerleaders for me,” she says.

Akhavan is currently working on a TV pilot at the Sundance Institute’s first Episodic Story Lab. The show, titled “Switch Hitter” and is planned to be a half-hour comedy, is about Leila Shahi, a woman who turns down a marriage proposal from her lesbian partner after coming to terms with her bisexuality.
Akhavan says it is time for society to have a serious (but set in a comedy) discussion about bisexuals.

“I hope to change [the stigma surrounding bisexuality] and further the dialogue,” he says. She chastises the mainstream entertainment industry who only allows “us to swallow only one specific kind of gay.”

“Like Ellen and Portia, or Cam and Mitchell on ‘Modern Family.’ Until we are flawed we are not actual people,” she says.

And that’s what Akhavan may be most proud of with “Appropriate Behavior.”

“It’s the anti-gay film gay film. It’s a gay film but it doesn’t fall into any tropes I see in other gay films,” she says.