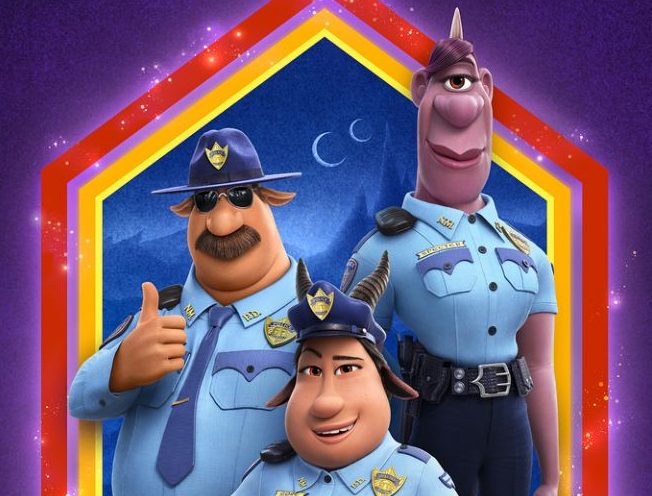 Out actress and screenwriter Lena Waithe voices Officer Spector, a police officer cyclops. While Disney has been known to include characters that could be interpreted as vaguely queer, Officer Spector is not one of them: when she pulls over a driver with her partner, voiced by Ali Wong, she explicitly says, “My girlfriend’s daughter got me pulling my hair out.”

“It just kind of happened,” film producer Kori Rae told Yahoo. “The scene, when we wrote it, was kind of fitting and it opens up the world a little bit, and that’s what we wanted.”

Onward tells the story of two elf brothers, Ian and Barley (voiced by Tom Holland and Chris Pratt, respectively), on a quest to use magic to resurrect their deceased father. When their journey goes awry, they cross paths with Spector.

The character is very minor—she will only appear in one scene, according to LGBTQ Nation—but an Officer Spector spin-off may be in the works.

“I want to make a whole new movie about Officer Specter, we already have the material,” Rae said. “[Waithe] basically wrote it all and gave us a backstory.”

While many are crediting Officer Spector as the first openly LGBTQ Disney/Pixar character, there have been some small movements towards representation made by Disney, including a same-sex kiss in Star Wars: The Rise of Skywalker and subtle hints that LaFou in the live-action Beauty and the Beast is romantically interested in Gaston.