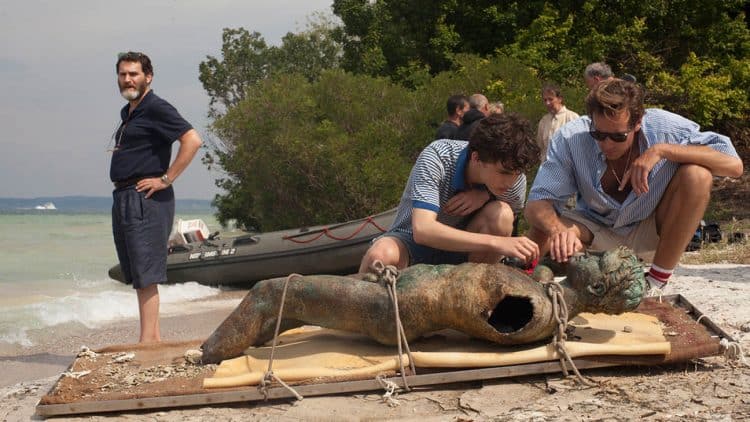 When it comes to LGBT fare at the movies, it can often be hit or miss. The spring, for instance, had scant representation, but the fall season – when everyone puts on their Oscar-sniffing hats – has some major motion pictures, all looking for awards and box office glory, like 2016’s”Moonlight” did.

The biggie this season is “Call My By Your Name.” Based on the beloved novel and set in Italy in the summer of 1983, it follows the relationship of an American-Italian (Timothée Chalamet) and the American student (Armie Hammer) staying with his family. The two share a romantic summer together. It has a gay director in Luca Guadagnino, a gay screenwriter in the legendary James Ivory and several gay producers. By all reports, it’s a fine film, but what remains to be seen is how well it’s received commercially. Its distributor has shunned all US LGBT film festivals and hasn’t been subtle about promoting the film more as “universal” than gay. It will be interesting, too, to see how the infamous peach scene is handled.

With “Wonder Woman” a smash this summer, the timing is perfect for the new “Professor Marston and the Wonder Women.” Directed by lesbian Angela Robinson, the film tells the story of how the comic book character arose from the complicated relationship of William Moulton Marston, his wife (Rebecca Hall) and his mistress (Bella Heathcote) — who are also sexually involved with each other. Early reports suggest that it’s both enjoyable and bold – and doesn’t skimp on the kink. Marston is played by out actor Luke Evans, seen earlier this year in “Beauty and the Beast.”

A few years back, out director Dee Rees had a critical smash with “Pariah.” Now she is back with “Mudbound,” which made a splash at Sundance, centering around two men who come home to Mississippi after fighting in World War II and have to deal with the aftermath, as well as the area’s racism. Garrett Hedlund and and Carey Mulligan headline the ensemble.

In what’s been called a happier “Brokeback Mountain,” Francis Lee’s “God’s Own Country” stars Josh O’Connor as a young farmer in Yorkshire, not yet above heavy drinking and casual sex, whose life changes when a sexy migrant worker from Romania (Alec Secareanu) arrives to help on the farm.

Not high on the gay content, but creepy as hell, “My Friend Dahmer” stars Ross Lynch as the high school version of the infamous serial killer Jeffrey Dahmer, dealing with his attraction to men and his own introverted personality. Anne Heche and Dallas Roberts co-star as his parents, too preoccupied with their dissolving marriage to realize what is going on with their son.

Finally, Out On Film bows its 30th anniversary year on Sept. 28 with more than 120 films, opening with “Happy: A Small Film with a Big Smile,” about how former Atlantan – and visual artist – Leonard Zimmerman used his art as a coping method when his partner unexpectedly passed away.