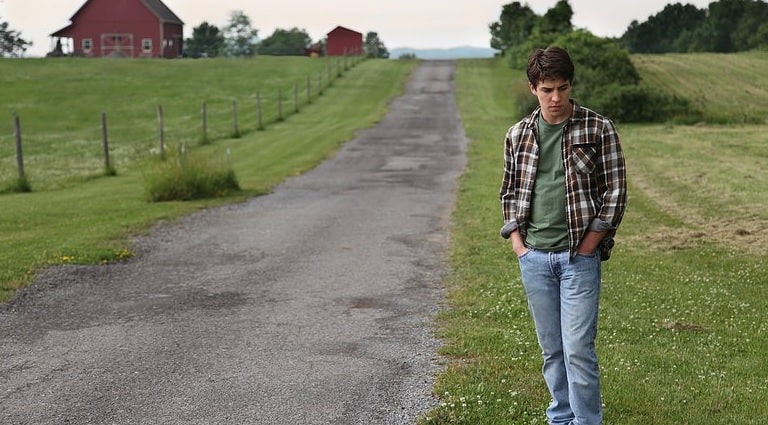 Out On Film, Atlanta’s celebrated LGBT film festival, is back for year 29 and the lineup of 110 feature films, documentaries, short films and web series has officially been announced.

There’s tons to choose from at the event, which takes place September 29 through October 6 at Landmark’s Midtown Art Cinema. Kicking things off on opening night will be Ester Gould and Reijer Zwaan’s “Strike a Pose,” as the dancers from Madonna’s controversial Blond Ambition tour reveal the truth about life during and after the tour some 25 years later. One of the documentary’s stars, Carlton Wilborn, will be in attendance for a post-screening Q&A.

Other highlights include Tim Kirkman’s “Lazy Eye,” about a graphic designer who reconnects with an ex-lover, and director Jacqueline Gares’ “Free CeCe,” the story of transgender activist CeCe McDonald and how she was incarcerated in a men’s prison after killing a man who brutally attacked her. Trans actress and activist Laverne Cox plays a central role in the documentary. “BearCity 3,” the finale to the “BearCity” trilogy, brings all the original beloved characters back, Anthony Rapp and Jonathan Bennett play a couple whose wedding day begins to spiral out of control in “Do You Take This Man,” and Sundance smash “Kiki” is sure to bring out a crowd. Sara Jordeno directs this documentary about New York-based LGBT youth of color, their love of Ballroom and how they’ve formed an artistic activist subculture.

There will be some local flavor in the form of “Bullied to Death,” from local producers Cindy Abel and Sheri Mann Stewart and starring Tendal Mann. There will also be a number of short films by local filmmakers, presented as part of a Southern Shorts program.

And there will be some of the talent in town for the festival as well, with actor Gregory Harrison and director Randal Kleiser on hand for a post-screening Q&A about “It’s My Party,” the 1996 AIDS drama starring Eric Roberts. Kleiser will also receive the Icon Award on October 1.

Harrison also stars in “Fair Haven” and will be joined at the festival by co-star Kerstin Karlhuber. Doug Langway and Gerald McCullouch from “BearCity 3” will be here, as well as Andrea Meyerson (“Clambake’ and “Letter to Anita,’) Nick Corporon (“Retake’) Jacqueline Gares (“Free CeCe”), Jasika Nicole (“Suicide Kale”), and Bennett Wallace and Joe Stevens (“Real Boy”).

Closing things out on October 6 will be Chris Kelly’s “Other People,” in which a struggling comedy writer (Jesse Plemons), fresh off a breakup and in the midst of the worst year of his life, returns to Sacramento to care for his dying mother (Molly Shannon). The rest of the lineup is available at the fest’s website.

“This is an exceptional year for LGBT cinema,” said Out On Film festival director Jim Farmer in a statement. “This is, by far, our biggest festival to date in terms of the number of films we are showing, as well as the most diverse slate we’ve ever presented. It’s an amazing year, as well, for terrific features and documentaries by female directors.”

Festival passes and three-pack tickets for Out On Film 29 are on sale now and individual tickets will be available September 1.