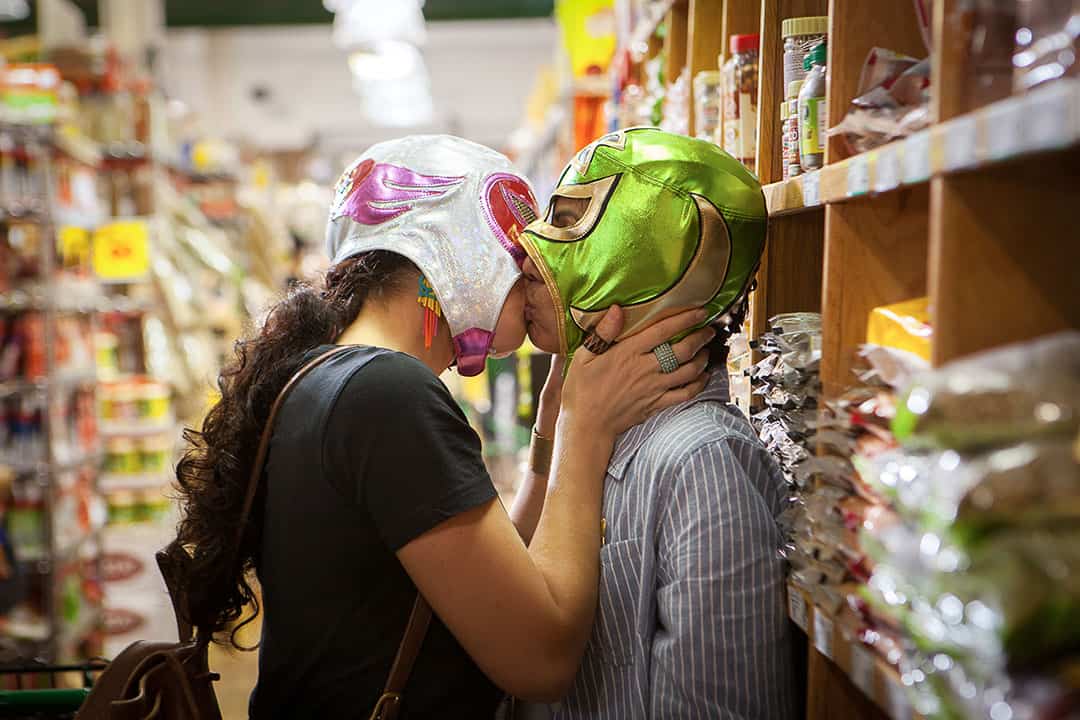 Out On Film: Love and wrestling collide in ‘Signature Move’

Fawzia Mirza was getting frustrated. The actor was going out on auditions and found there were a lot of limitations on the casting process and on the kinds of stories being told.

“Being someone who identifies as Pakistani and Muslim and queer and a woman, there are often these narratives of what each of those identities means,” she told Georgia Voice. “So oftentimes, I was feeling as though I wasn’t any of those things enough to play the role, even though I was all of those things in real life.”

So she went out and created the roles, first writing a short film, then recruiting a co-writer named Lisa Donato to write her first feature film, “Signature Move,” which is screening at Out Front Theatre Company on Oct. 6 as part of the 30th Annual Out On Film festival, followed by a post-screening Q&A with Mirza.

“Signature Move” is a modern romantic comedy about a Pakistani Muslim lawyer named Zaynab (played by Mirza) who begins a romance with a confident Mexican-American woman named Alma (Sari Sanchez) – a secret Zaynab tries to keep from her recently widowed mother Parveen (Shabana Azmi), who is on the lookout for a husband for her only daughter.

Oh, and there’s wrestling. Alma’s mother is a former Luchadora, which piques Zaynab’s interest because she has recently taken up lucha-style wrestling with a former pro wrestler.

Mirza worked out with a trainer to get her strength up to take the pounding that some of the wrestling scenes required, but stunt doubles were used for the more risky moves. You can’t kill the star, right?

The story – minus the wrestling – is inspired by Mirza’s real life. She was dating a Mexican woman who she found connections with across family, food and culture.

“We found that what people might think are seemingly different communities actually have a lot in common,” Mirza said.

A rather appropriate message to send in a film then, considering who occupies the White House right now, no?

“[The film] wasn’t made as a reaction to the current political climate,” she said. “Putting Muslims and Mexicans in the same sentence was not something that was a reaction to our administration, but it definitely is a fascinating testament to the time.”

For the writer-actor, she looks at art as “artivism” – one important facet when talking about the larger struggle for equal rights.