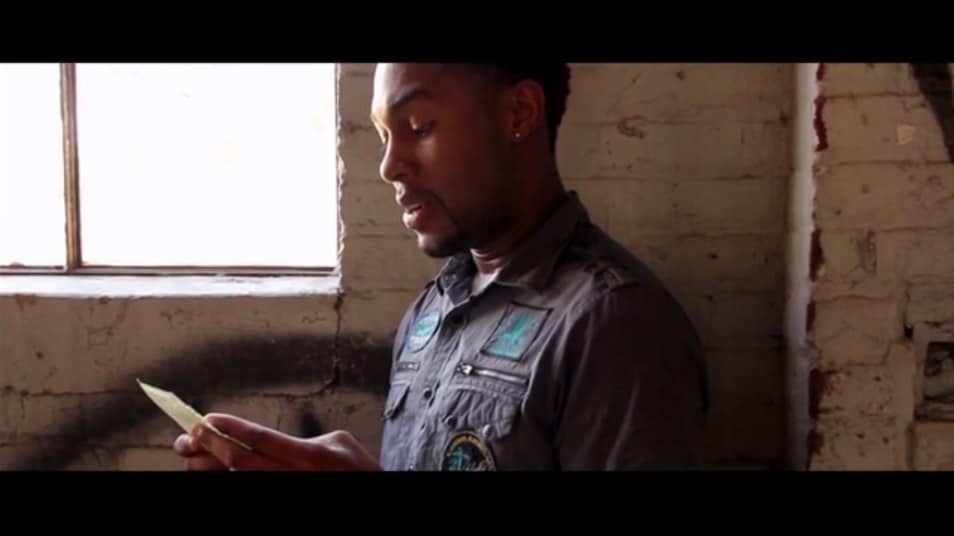 Atlanta filmmaker Chase Simmons noticed something missing from watching various forms of media growing up—gay black men like him. “I remember looking for images of me in media and never finding anything to connect with,” he tells GA Voice. “I wanted to give the black gay men some faces and stories to see and believe.” Those faces and stories will come to life at a screening of Simmons’ documentary “Dear Dad” tonight at the Emory University Center for Ethics.

The documentary weaves the stories of eight African-American same gender loving men, as they read directly from letters they’ve addressed to their fathers, talking about their relationship and how it has shaped them as men.

Simmons was inspired to create the film by a former friend who was enduring severe emotional trauma due to his family’s reaction to his sexuality.

After holding a focus group with close friends on the topic, he was off and running with the project.

One of the eight men, Chris Barker, was apprehensive about taking part.

“Growing up Southern Missionary Baptist and being a preacher’s grandson in a very church-centric family, there are several taboos I knew I was breaching, particularly the taboo of sharing ‘family business’ so publicly,” Barker says.

He was also afraid of exposing his emotions to others in such a public way. But once he started writing his letter, he realized how the project could benefit viewers, much as it was beginning to benefit him.

“At that point the project became much bigger than my reservations,” Barker says. “It was about healing and progress towards that type of transparency and openness that is truly freeing.”

The screening tonight is a rescheduled date due to the winter storm last month, and will be followed by a Q&A with Simmons and all eight featured men.

Simmons is submitting the documentary to film festivals and has plans on hosting more screenings in Atlanta, Tennessee and “anywhere else that wants us to come out,” as he puts it.