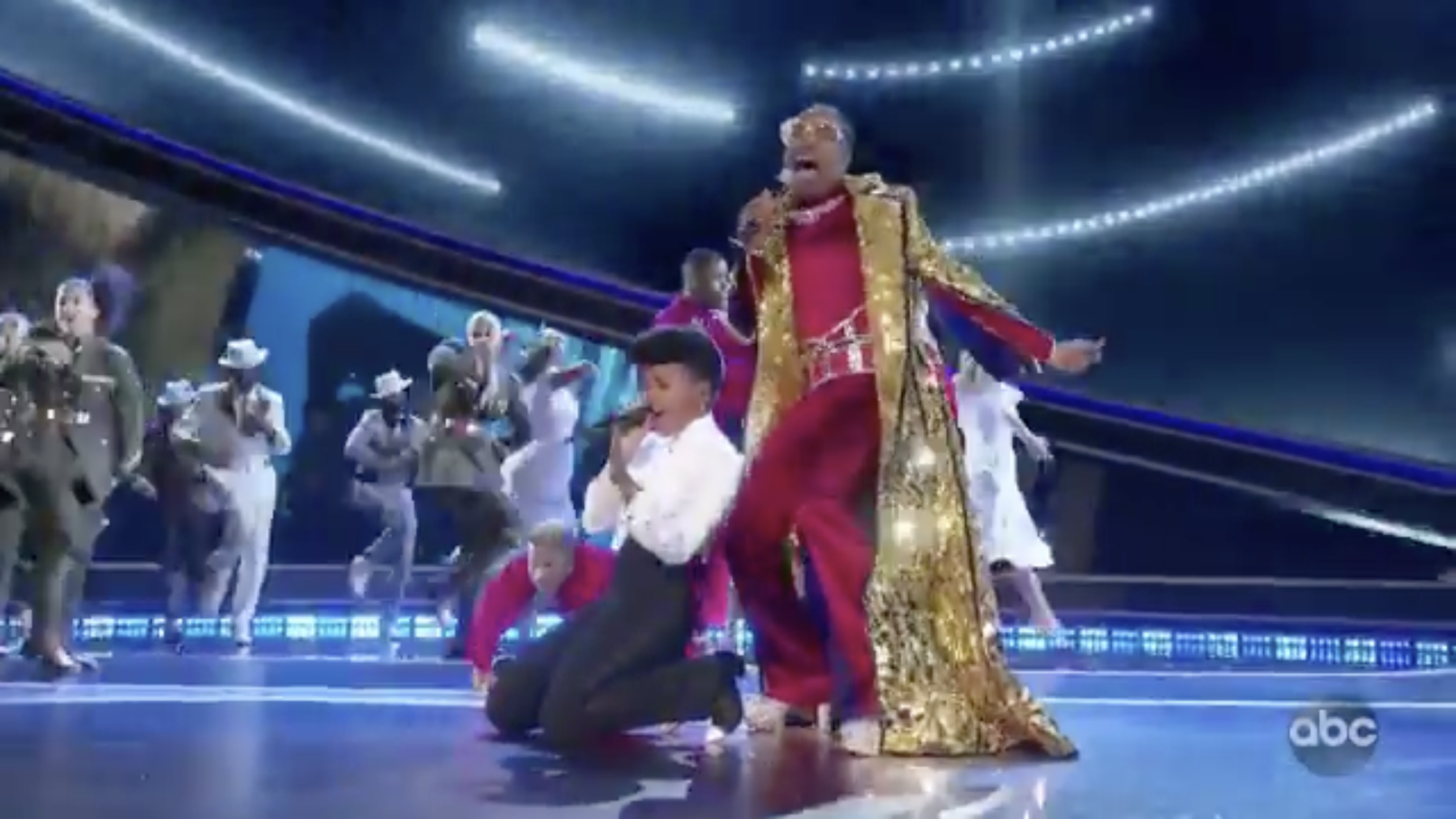 Despite last night’s (February 9) Oscars’ serious lack of diversity, LGBTQ representation still managed to take the stage in the form of performances and awards.

Janelle Monae opened the ceremony with a tribute to Mr. Rogers in the form of huge musical number to his song “A Beautiful Day in the Neighborhood.” Later in the number, Billy Porter joined Monae on the stage in a long, gold coat and sparkly glasses, singing “I’m Still Standing” by Elton John.

During the performance, Monae shouted out female directors, an obvious snub to the Academy, who only nominated male directors in the Best Director category, and Black History Month.

#Oscars Moment: @JanelleMonae kicks off the #Oscars with an opening number that leaves everyone feeling alive! pic.twitter.com/J76UFuqxby

The two LGBTQ icons also rocked the red carpet: Monae stepped out in Ralph Lauren gown covered in 168,000 Swarovski crystals, and Porter rocked a gown made of 24-carat gold feathers.

A look at Janelle Monae in custom Ralph Lauren, a crystal-laquered silk lamé tulle mesh evening dress with a draped hood and an open back. Required more than 600 hours of hand-embroidery work featuring more than 168,000 Swarovski crystals … #Oscars pic.twitter.com/E9bIDDb0fK

The only major LGBTQ win for the night was awarded to Elton John, who took home the Best Original Song with collaborator Bernie Taupin for Rocketman’s “I’m Gonna Love Me Again.” This is John’s second Best Original Song Oscar; he originally won for “Can You Feel the Love Tonight” from The Lion King in 1995.

In his acceptance speech, John thanked his husband and sons.

“David, I love you so much,” he said. “To my beautiful boys who are watching this is Sydney, how much do I love you? Daddy loves you.”

John also thanked Taupin for being “the constant” in his life.

“When I was screwed up, when I was normal, he’s always been there for me,” he said.

Another notable win of the night was for Best Actress—Renee Zellweger took home the award for her portrayal of LGBTQ ally and icon Judy Garland in Judy. In her acceptance speech, Zellweger shouted out Garland’s legacy of “inclusivity.”

“Thought Judy Garland did not receive this honor in her time, I’m certain that this moment is an extension of the celebration of her legacy and is also representative of the fact of her legacy of unique exceptionalism, and inclusivity, and generosity of spirit,” Zellweger said. “This past year, conversations celebrating Judy across generations and cultures have been a really cool reminder that our heroes unite us. When we look to our heroes, we agree, and that matters. When we celebrate our heroes, we are reminded of who we are as one people united.”

Though not LGBTQ, the night’s big winner and history-maker was South Korean director Bong Joon Ho’s film Parasite, which took home Best Picture, Best Original Screenplay, Best Director, and Best International Film. The film is the first international film to take home Best Picture and the first South Korean film to be nominated in any category, and Joon Ho is the first Asian filmmaker to take home all four awards for one film.