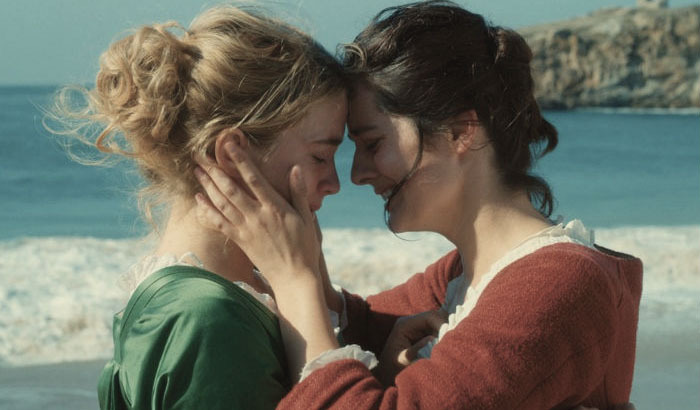 When the Atlanta Jewish Film Festival – the city’s largest film festival – returns every year, it brings with it a diverse slate, including LGBTQ selections.  This season is particularly rich.

Among the offerings is Tal Granit and Sharon Maymon’s “Flawless,” which was nominated for 12 Israeli Academy Awards, including one for transgender actress Stav Strashko. Strashko plays Eden, who joins a Jerusalem school and quickly befriends two other female students, without telling them she is transgender. All three are longing for money to get cosmetic surgery to enhance their bodies. The film starts off somewhat like a “Mean Girls” or “Clueless”-esque comedy. “Ouch – you hit my inner Beyonce,” says one of the snarky main characters. Yet the film gets a lot darker when the girls become so desperate for larger breasts that they are willing to travel to Ukraine and risk their own lives. The film, anchored by a strong ensemble led by Strashko, has a lot to say about identify and acceptance. It’s a satisfying, savvy film that I enjoyed immensely.

Other LGBT titles include “The Art of Waiting,” “Black Mercedes,” “The Glass Room” and the acclaimed documentaries “Bully. Coward. Victim. The Story of Roy Cohn” and “Oliver Sacks: His Own Life.” The festival runs Feb. 10 – 27.

One of the best lesbian-themed films of the last decade or so, “Portrait of a Lady on Fire” opens Feb. 21 in the ATL. The film won the Best Screenplay Award at the 2019 Cannes Film Festival and played a handful of LGBT film festivals last year, including Out On Film, where it won the Audience Award for Best Narrative Feature. Set in France at the end of the 18th century, the film follows a young painter – Marianne, played by Noemie Merlant – who is summoned to paint a picture of a bride to be – Heloise (Adele Haenel) – without her knowing. Marianne arrives pretending to be a companion, yet over time, the women begin to develop feelings for each other. Director Celine Sciamma, best known for the wonderful “Tomboy,” makes the film elegant and suspenseful with an unforgettable, haunting final scene. France submitted the drama “Les Miserables” as its official entry for this year’s Academy Awards instead of this film and it’s a near crime.  For all the talk about female-driven films that didn’t get their due in 2019, this is at the top of the list. Don’t miss it.

“The Art of Waiting”

“Oliver Sacks: His Own Life”

“Portrait of a Lady on Fire”