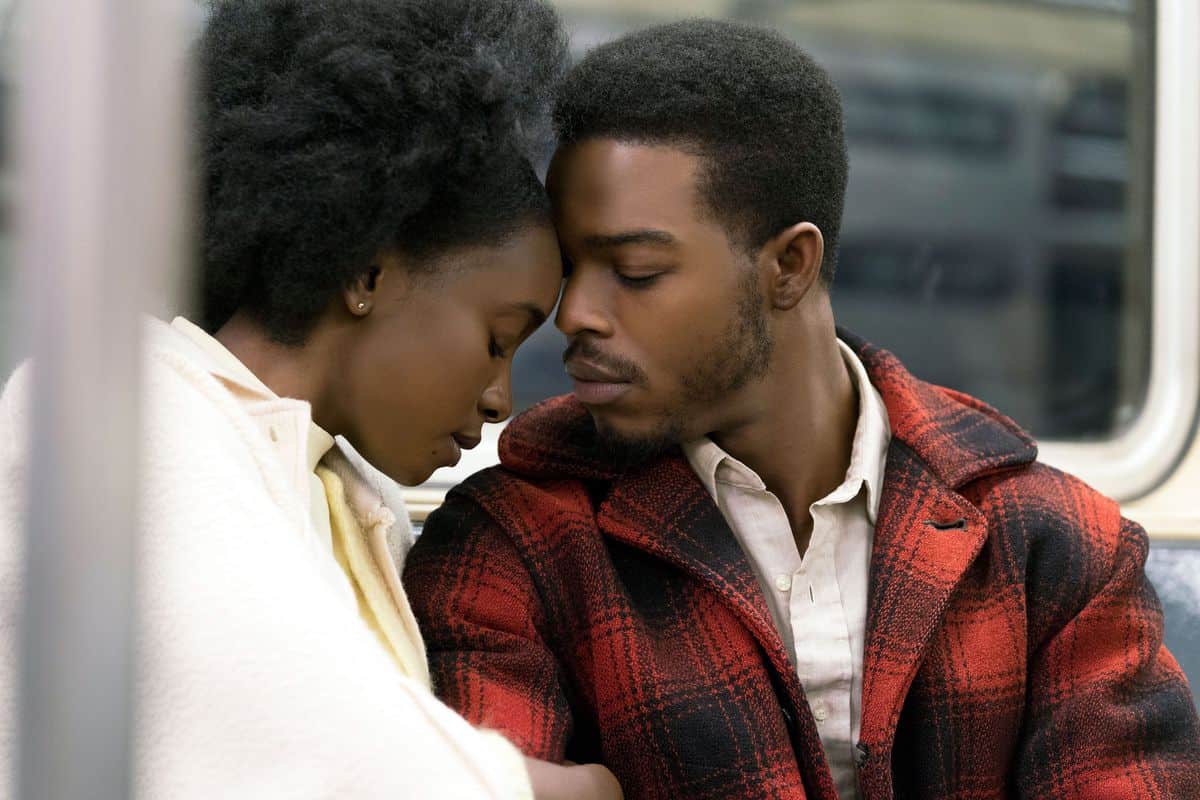 "If Beale Street Could Talk"

In the summer of 2016, not many people had heard of the gay-themed film “Moonlight” – adapted from a play by Tarell Alvin McCraney – or its director Barry Jenkins. By the spring of the following year, the film had won a surprise Best Picture Oscar, and its director/writer Jenkins had pocketed another Oscar for his adaptation.

Two years later, Jenkins has returned with “If Beale Street Could Talk,” an of openly gay James Baldwin’s novel about a young African-American woman who is trying to clear her husband of a rape charge before she has their first child. It’s a film that many expect to be competing at this season’s Academy Awards, largely for Jenkins’ writing and Regina King’s performance as a protective mother.

Long a fan of Baldwin, Jenkins feels his words are as timely as ever. “When you’re telling the truth, much of what you say stands the test of time,” he says. “America has been in a loop the last 60 or 70 years in a way. There are these major problems; we assume we fix them, and we move past them. A lot of what Mr. Baldwin wrote about has persisted, maybe in the background and not the forefront – but those things are still with us.”

Ironically, Jenkins wrote the script roughly around the same time he was writing “Moonlight” in 2013. It took him some time, though, to get the rights from the Baldwin estate. “The James Baldwin estate, as they should be, are very diligent about protecting his legacy. It’s not in a state that makes decisions willy-nilly or instinctively. It was a process of getting to know the family. If the entire estate didn’t feel I was the right person for this role, or the time was right, it would not have been granted.”

He wanted the adaptation to be as faithful as possible and to keep it in the appropriate era. “When I began adapting the book, the early question was if it this was necessary to remain in the 70s,” he says. “As a director, it would be more fiscally viable to update it to 2018, so you can turn the camera anywhere and not hide anything. It seemed like the power (was keeping it in the 70s). If you said to James Baldwin that this past weekend was horrific and the country was on fire, he would say it has always been.”

Because Jenkins had such reverence for the book, he didn’t want to change much. “It was as much editing as writing,” he says. “This book is a puzzle. It’s just as non-linear as the film, maybe even more so. So I was trying to re-create a puzzle that made narrative sense for audiences but fidelity for the experience. This idea of time has an elusive quality because it’s told from the perspective of a young woman whose concept of time is rapidly changing during the ordeal. It was tricky trying to determine how to change that for a visual medium that honored the text but didn’t derail the audience’s journey through the story. That was the biggest challenge. I knew the dialogue was going to remain mostly intact.” 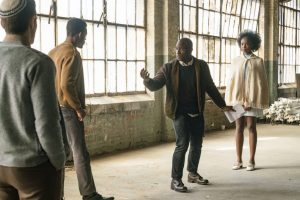 One of the film’s chief assets is its rich ensemble cast – and Jenkins took his time finding the right performers. “When I write a script, I very rarely have an actor in mind. I am hoping someone will walk in and show me who the character is. I had no idea who Trevante Rhodes (of ‘Moonlight’) was until he showed up. It had to be clear that (the central couple) Tish and Fonny were soulmates. I had not seen many films that depicted young black people this way. That was important, and once we cast Kiki Layne and Stephan James in the lead roles, it was a matter of finding the family.”

The film premiered at the Toronto Film Festival this fall. Jenkins admittedly felt a bit of pressure after the success of “Moonlight,” and for being the first person to adapt Baldwin in the English language. In the end, however, he was happy to share it with the world.

“If Beale Street Could Talk” opens in theatres across the country on Dec. 25. Check out the movie in Atlanta at AMC Phipps, Regal Atlantic Station, and Landmark’s Midtown Art Cinema.