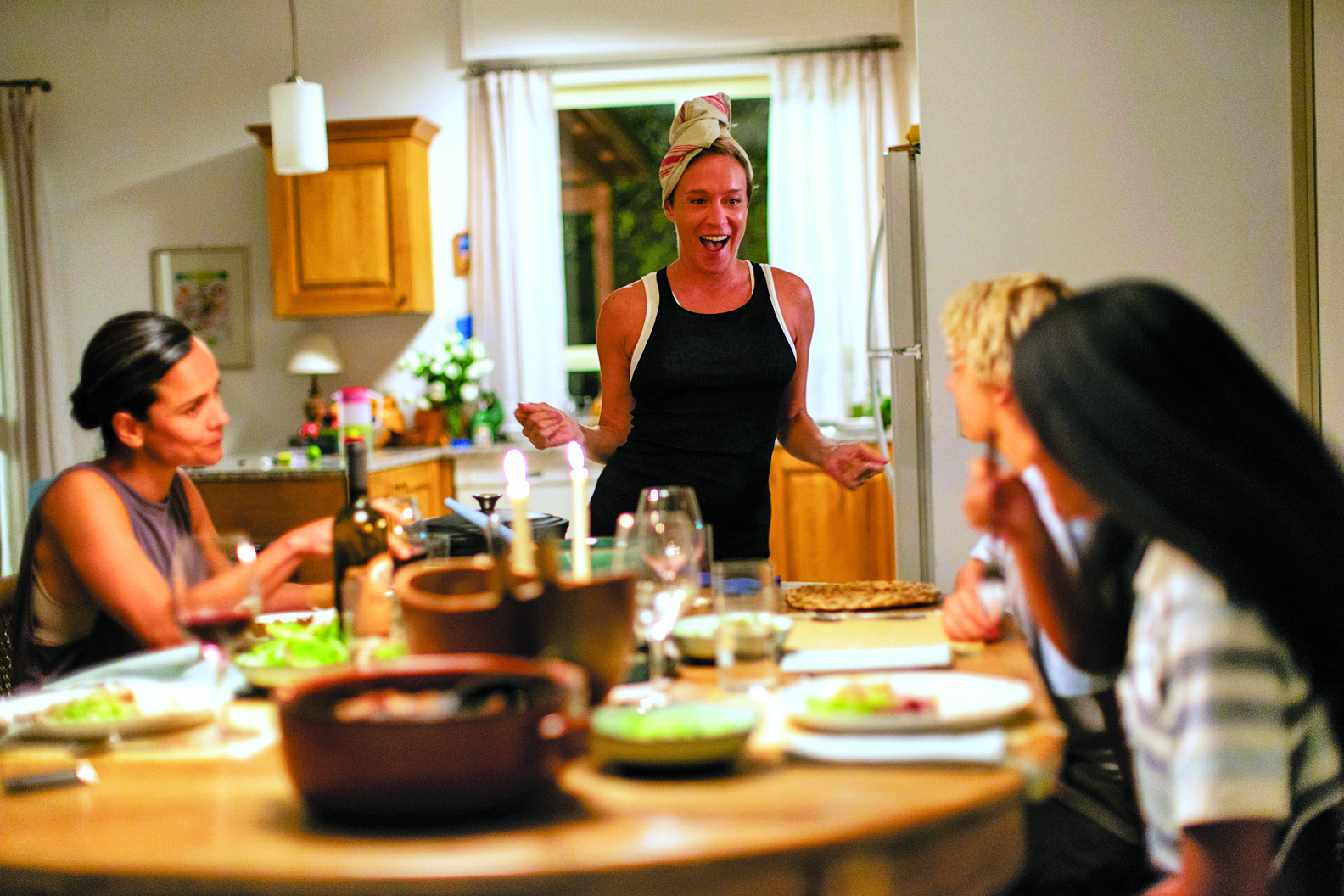 Two new offerings, both directed by gay men, are some of the best bets for September watching.

The new HBO series, “We Are Who We Are,” about to debut, is directed by Luca Guadagnino, best known for his Oscar nominated “Call Me By Your Name.” Set during the 2016 election, it’s an ambitious work, spread over eight episodes, told from different perspectives. In it, two teenagers deal with growing up while stationed on an American military base in Italy. Sarah Wilson (Chloë Sevigny) has been tasked to lead the base, and that assignment doesn’t go over well with everyone. She is a lesbian partnered with Maggie (Alice Braga), who works at the base’s clinic. Sarah’s son, Fraser, played by Jack Dylan Grazer, is 14 and doesn’t feel at home in his surroundings. The family has been uprooted from their home in New York and Fraser, who longs to be a fashion designer, misses his previous life. He shows no interest in being friends with others on the base. Soon, though, Fraser meets Caitlin (Jordan Kristine Seamón) and is intrigued by her.

Caitlin herself is trying to figure life out. She is dealing with her own issues with her family, including not getting along terribly well with her mother or father. Said father, Richard (Kid Cudi), is not happy that his boss on the base is a lesbian. Caitlin is dating Sam (Ben Taylor), but wants to experiment and date some girls. Several more characters fill out the ensemble of “We Are Who We Are.” Like most of the director’s work, this is lyrical and character based. Sevigny’s Sarah is a fascinating presence, having her own personal and professional issues, and others in the ensemble are well rounded, especially the younger ones, dealing with gender expression amid expectations of what they are supposed to do. Guadagnino directs all eight episodes and co-wrote the show as well. The series may take its own time occasionally, but it is captivating to watch and has a real authenticity. HBO has made the first half of the series available to press; it will be interesting to see where the final four episodes go.

Also worth checking out now is the new movie, “Stage Mother.” Directed by openly gay Thom Fitzgerald, the film stars Oscar nominee Jacki Weaver as Maybelline, a conservative Texas woman whose son, from whom she is estranged, has died of an overdose in San Francisco. Against her husband’s wishes, Maybelline goes to the funeral and finds that her son had been running a drag club. Not wanting the business to go under, she decides to try running the establishment herself, despite the fact that she has never even been in a gay bar. Yet she isn’t some prude — she is up to the challenge. “Different songs, same divas … and some of the same wigs as well,” she philosophizes.

The cast includes Lucy Liu as Sienna, the late son’s best friend, Adrian Grenier as Nathan, the late son’s boyfriend, and Mya Taylor of “Tangerine” fame as Cherry, a performer. “Stage Mother” is an amiable enough movie with an appealing premise. It’s not as campy or affecting as it could be, however, and the script could use some real work and fewer one-liners. Liu has some funny moments dealing with a new figure in her life with Maybelline taking to her sofa. Taylor doesn’t have much to do, though, and Grenier is an annoying presence. Another actor might have given the role some warmth or depth, but Grenier is pretty empty here.

What Fitzgerald does have, however, is a bona fide star in the center. Weaver makes Maybelline real, almost becoming a mother hen to everyone around her. She thaws out the angry Nathan, helps give the nightclub a lift (in more ways than one) and even has a flirtation with a San Francisco man. Best of all, she grows a backbone with her unrelenting husband. “Stage Mother” is very familiar, but it gets the job done, with a crowd-pleasing ending. It’s worth the ride for Weaver alone.