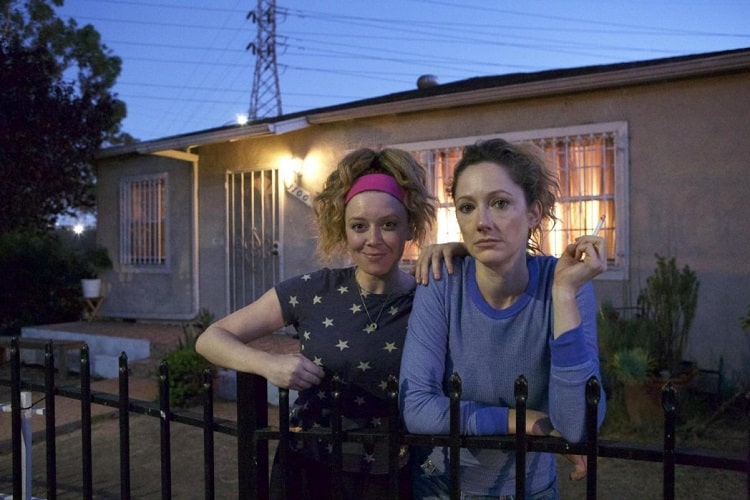 Out On Film isn’t until October, but those busy bees behind putting Atlanta’s LGBT film festival together are already out of the gates with two films to announce. Here’s the lowdown per an Out on Film press release:

*”Out to Win” is a documentary that serves as an overview and examination of the lives and careers of aspiring and professional gay and lesbian athletes from all over the world. Among those appearing in the film are Martina Navratilova, Billie Jean King, Jason Collins, Billy Bean, Dave Kopay, John Amaechi, and WNBA star Brittney Griner. The film is directed by Malcolm Ingram (“Bear Nation,” “Continental”). Jason Collins was a former Atlanta Hawks player and Navratilova lived in Atlanta while playing World Team Tennis here.

*”Addicted to Fresno” stars Natasha Lyonne (“Orange is the New Black,” “But I’m a Cheerleader”) and Judy Greer (“Jurassic World,” “Tomorrowland,” “The Descendants”) as two co-dependent sisters – a lonely lesbian and a recovering sex addict – working as hotel maids, whose lives gets further complicated by a dead body. The dark comedy co-stars Aubrey Plaza (“Parks and Recreation”), Molly Shannon, Ron Livingston and Clea DuVall. It’s directed by Jamie Babbit, whose credits include “But I’m a Cheerleader,” “Looking,” “Drop Dead Diva” and the upcoming “Brothers in Atlanta” television series.

“Both Malcolm and Jamie are veterans of Out On Film, Malcolm with his ‘Small Town Gay Bar’ and Jamie with ‘Breaking the Girls,’” says Jim Farmer, festival director of Out On Film, in a statement. “We are excited to have both of their new movies here this year. Not only are ‘Out to Win’ and ‘Addicted to Fresno’ great films, but films that everyone can enjoy and appreciate.”

Check out a teaser for “Out to Win” below (no teasers or trailers for “Addicted to Fresno” have been released yet) and if you’re an LGBT filmmaker, make sure to get those submissions in by July 15. The full Out On Film schedule will be announced in late August.