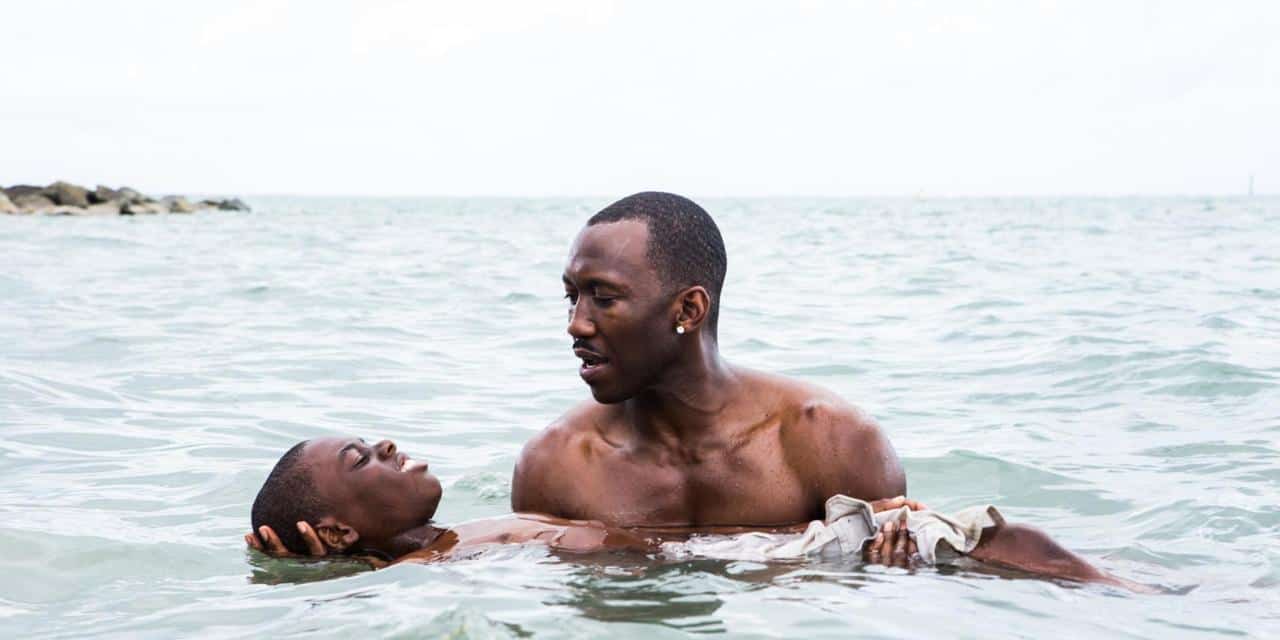 This image released by A24 Films shows Alex Hibbert, left, and Mahershala Ali in a scene from the film, "Moonlight." The film is a poetic coming-of-age tale told across three chapters about a young gay black kid growing up in a poor, drug-ridden neighborhood of Miami. (David Bornfriend/A24 via AP)

While 2016 may not have featured the high profile LGBT films that marked the previous year – Julianne Moore and Ellen Page in “Freeheld,” Eddie Redmayne and Alicia Vikander in “The Danish Girl” and Cate Blanchett and Rooney Mara in “Carol” – the season made up for it with some high-quality fare, including one of the most lauded LGBT features in years.

The surprise of the year was “Moonlight.” Based on an unproduced play by out playwright Tarell Alvin McCraney, it follows a young African-American boy – Chiron – in Miami, dealing with a drug-addicted mother, bullying and his own budding sexuality. Beautifully told and acted, and spread over three segments as Chiron ages, it vies for a number of prizes at this weekend’s Golden Globe Awards and should be up for several Academy Awards.

In the cast of “Moonlight” was Atlanta’s Janelle Monae, also seen in the locally-filmed “Hidden Figures.” She joined Taraji P. Henson and Octavia Spencer as women who crossed gender and racial lines to work for NASA and get John Glenn into orbit. The film’s ensemble was arguably 2016’s finest, with out actor Jim Parsons in a plum role.

Full of twists, “The Handmaiden” was one of 2016’s best looking, most unpredictable films. In it, a woman is hired to tend to a Japanese heiress. Along the way there are betrayals, a lesbian affair and sex scenes not for the prudish.

Debuting at the Sundance Film Festival one year ago, “Saturday Night Live” head writer Chris Kelly’s “Other People” starred Jesse Plemons as a gay comedy writer who comes home to take care of his dying mother (Molly Shannon). Bittersweet and full of dark comedy, it was critically acclaimed – and Shannon is a long-shot Best Supporting Actress nominee.

From France came two of the year’s best LGBT movies. André Téchiné, director of the classic “Wild Reeds,” brought us “Being 17,” which charts the relationship of two feuding high school boys, while “Summertime” is a romance between a teacher and a farm girl in the ‘70s amidst a growing feminist movement.

For camp appeal, “Absolutely Fabulous: The Movie” took honors. The exploits of Patsy and Edina came to the big screen in an unsubtle but still enjoyable manner. Less seen was “The Dressmaker,” in which Kate Winslet returns to her Australia hometown with revenge on her mind. Her supporting cast included Liam Hemsworth, scene stealer Judy Davis and Hugo Weaving as a cop with a passion for women’s clothing.

Hitting local theaters (hopefully) in the next few months are a slew of films with LGBT characters or interest. Those include “Julieta,” the new drama from out director Pedro Almodovar; the kinky, bold “Elle,” from famed director Paul Verhoeven, no stranger to LGBT fare; “I Am Michael,” with James Franco as gay activist Michael Glatze; the ball scene documentary “Kiki;” “Paris 05:59: Theo and Hugo,” the sexually frank but sweet story of two Frenchmen who meet in a sex club; and the excellent documentary “I Am Not Your Negro,” about gay activist James Baldwin’s unfinished novel dealing with race in America.