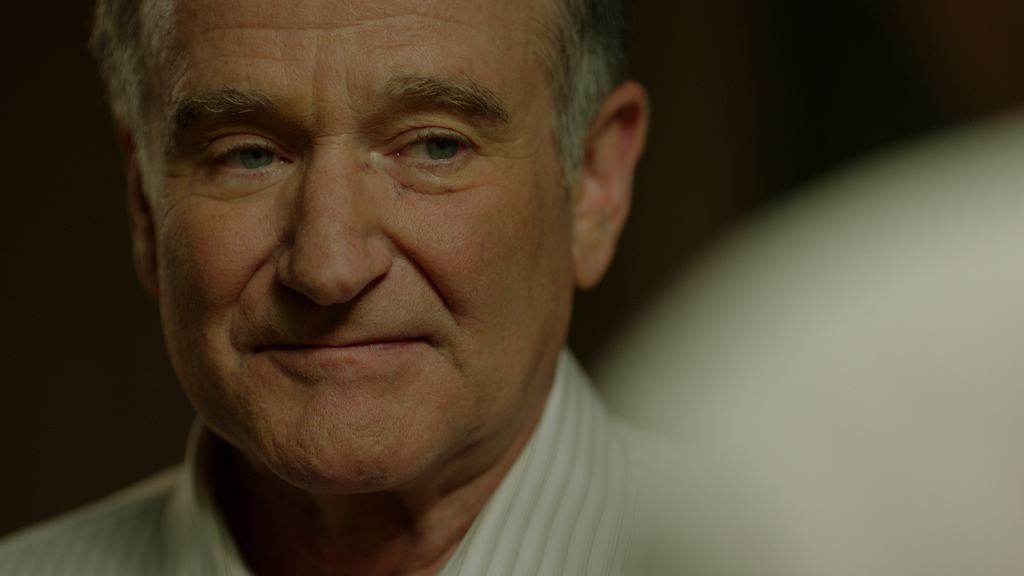 Back when he was writing the script for what would eventually become the film “Boulevard,” Douglas Soesbe hadn’t forecast any particular actors for the leading role. But when Robin Williams became interested in the project a number of years later, Soesbe knew it was perfect casting. “I can’t even imagine anyone else,” he says.

But what was headed towards being an indie drama last year, perhaps with a small theatrical release, has turned into something more with the death of Williams in August of 2014. “Boulevard” marks William’s last on-screen film appearance. Directed by Dito Montiel, the film opened in New York and Los Angeles earlier this month and expands to Atlanta July 31 at Landmark’s Midtown Art Cinema.

Williams plays Nolan Mack, a 60-year-old who has been married for decades to Joy (Kathy Baker) and has a safe, long-time job at a bank. One night while out driving, he meets hustler Leo (Roberto Aguire) and his life changes.

Soesbe wrote this originally 10 years ago and did a rewrite three years ago. By that time he knew Williams was attached. When he first wrote the script, he wrote it for Los Angeles and Nolan was a college professor. He decided to keep the structure the same, but changed the locale.

“We felt that Los Angeles was too cosmopolitan for the story to be happening in, and by putting Nolan in a less rural environment than a college campus it was more difficult,” he says. “It was filmed in Nashville but now it’s set in a nameless city.”

The young character of Leo was meant to be kind of a mystery.

“Leo was a catalytic force,” says Soesbe. “I intentionally underwrote Leo; he is almost like a ghost. Something traumatic has happened to him. I think, in a pre-Stonewall age, Nolan shut himself down when he was a certain age and never ever developed beyond that point in developing himself. Leo represents Nolan’s youth. He’s like a son to him. The fact that he is a hustler removes the expectation and intimacy. He can’t become attached to him. They can keep a wall between them.”

One of the obstacles facing Nolan, Soesbe says, is that he grew up in an era where being gay itself was illegal. Soesbe, who is himself gay, wrote the script in part because of all the friends his age who did get married because that was what society expected of him.

“That happened a lot,” he says. “There was so much pressure then. Being gay was a negative thing. You felt guilty, horrible. I think a lot of gay men who loved a woman as a friend thought they could make it work. It was better than being alone. Some have survived; I know some men who are still in those relationships. Some blew up.”

He admits many older men have told him that “Boulevard” is their story – and younger audiences have acknowledged the coming-out process isn’t easy anytime. “It is gratifying,” he says.

Williams was a Julliard-trained actor who got noticed early for comedy but was equally adept at dramatic roles such as “Good Will Hunting” – which won him an Oscar – and “One Hour Photo.”

“The comedy was something he did on the side first and then he realized that was so much of where his talent laid,” says Soesbe. He also never shied away from gay roles in films such as “The Birdcage” and “The Night Listener.”

Soesbe wasn’t on the set for the 21-day shoot much – just three days – but talked to Williams some during the time. He recalls the actor being extremely well prepared and someone who brought passion and research to his craft.

He feels, too, that Williams is able to bring the undeveloped side of Nolan to life. “Even though Nolan is a grown man and mature and together, he is a little boy inside and that little boy almost bursts out in several scenes,” Soesbe says.

Williams did see a rough cut of the film before he passed and he posted on Facebook that he liked it. Soesbe honestly doesn’t know if the film would have gotten a release if Williams had not passed away so unexpectedly.

“I don’t even know if it would,” he says. “Today’s market is all about explosions. Studios are reluctant to release these small movies.”

The screenwriter’s own coming out process was bumpy. He went to gay bars growing up but didn’t tell his family. His family was not homophobic but they knew nothing about it.

“It just wasn’t part of their world,” he says. “My brother was very macho, maybe a little homophobic when younger, but he is very gay-friendly now.”

He admits that “Boulevard” is the most personal script he has ever written – his others have been TV and cable movies and thrillers/genre pieces. Yet the experience has given him motivation to do more small-scale work like it. He recently finished another script that deals with a gay character – this one a younger man and the oft-turbulent relationship with his father.