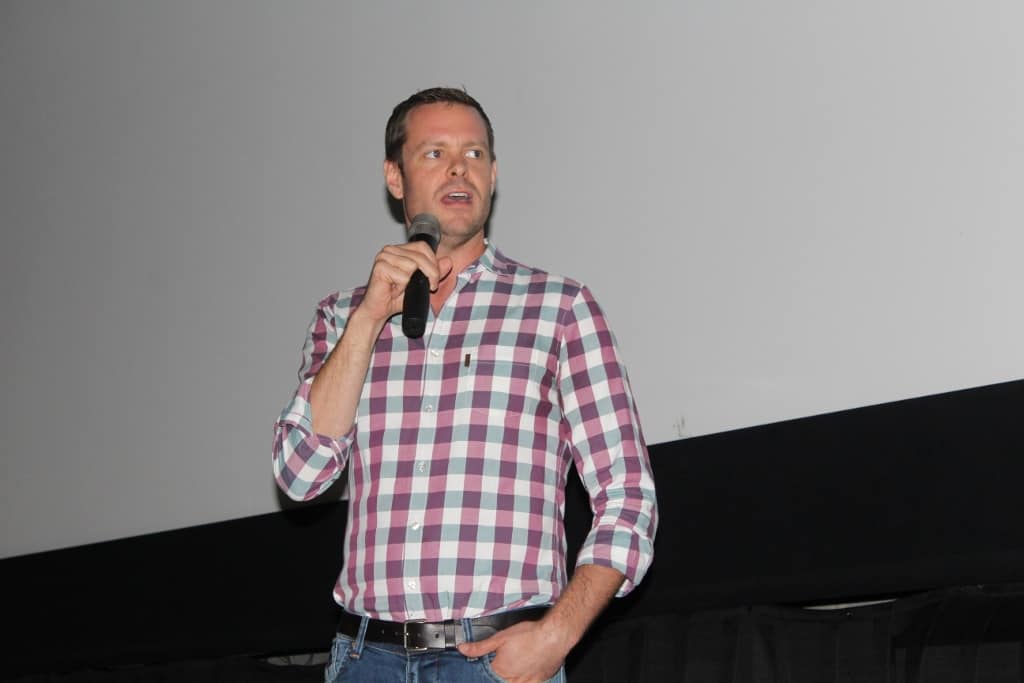 Scenes from opening weekend of Atlanta’s Out On Film festival

Landmark Midtown Art Cinema has been packed with LGBT film fans over the last several days thanks to the return of Atlanta’s LGBT film festival Out On Film. The festivities kicked off on Thursday night as a large crowd came to see opening night film “Fourth Man Out,” starring Evan Todd as a young man going through the aftermath of coming out to his very bro-ish lifelong friends.

But this is no drama, it’s a full-on comedy and if the response inside the theater that night was any indication, the film is a strong contender to take home an award or two at the end of the festival. Richard Eldredge of Eldredge ATL moderated a post-screening Q&A with the film’s producer Jed Mellick.

There were more crowds for Friday’s lineup, especially the evening screenings “Addicted to Fresno” and “Those People.” In fact, the crowd waiting to see “Those People” outnumbered the crowds waiting to see big budget Hollywood blockbuster “The Martian,” a good sign for LGBT filmmaking.

“Upstairs Inferno,” a documentary about the 1973 fire at the gay bar the Up Stairs Lounge in New Orleans that killed 32 people, drew a strong crowd for an early screening on Saturday. The film is sometimes hard to watch due to the graphic content but is powerful and totally necessary, especially considering how few people know about the incident. Writer and director Robert L. Camina was in from Dallas for a post-screening Q&A with moderator Craig Hardesty of Out On Film.

Films continued throughout the day, capped off by strong crowds for “Tab Hunter Confidential,” the director’s cut of “54” and “You’re Killing Me.” And the weekend ended with a slate of films on Sunday, with a sellout of the Julianne Moore and Ellen Page drama “Freeheld.”

The festival continues today through Thursday, with nearly 40 more films to take in capped off by closing night film “Guidance.” Check out the rest of the lineup here and go here for our Out On Film review roundup.