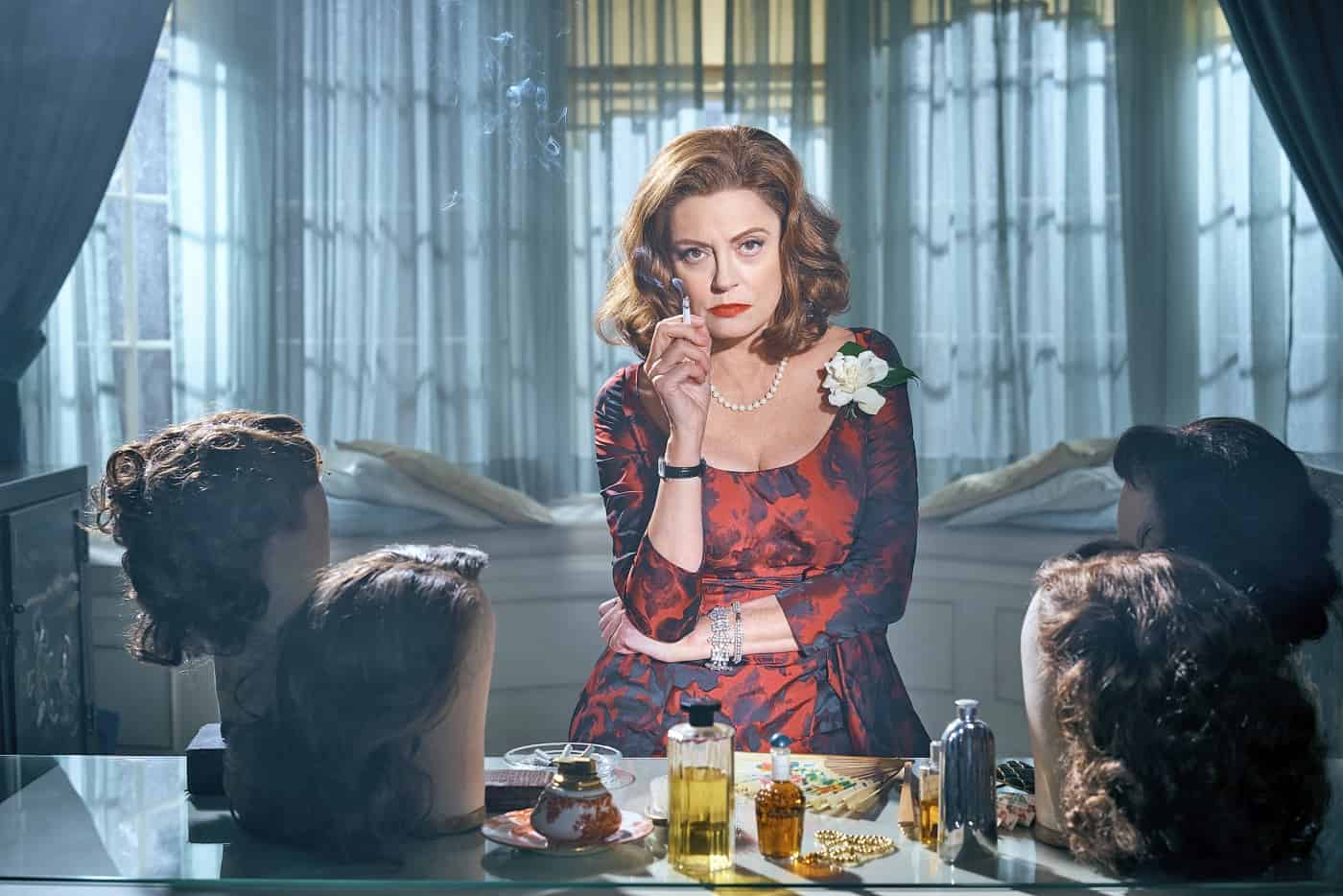 Susan Sarandon on playing Bette Davis in ‘Feud,’ no regrets on presidential vote

Maybe gay people are customarily compelled to thank Susan Sarandon for her longstanding advocacy, because that’s how I begin my frank, anything-goes conversation with the 70-year-old multi-hyphenate. After all, no matter where you stand on Sarandon’s divisive decision to vote for Green Party candidate Jill Stein in the recent presidential election, we can all agree that the Oscar-winning actress has used her massive screen-icon prestige to aid in the advancement of LGBT rights. She’s been a staunch supporter through the AIDS crisis and the fight for marriage equality – even in times when vocal Hollywood allies were scarce.

Reinforcing Sarandon’s pro-queer stance is a breadth of bold, iconic and uninhibited film roles dating back to 1970: Sarandon had sex with her co-star, Catherine Deneuve, in a lesbian-favorited scene that steamed up 1983’s vamp flick “The Hunger;” as Janet, she got her freak on in the cult classic “The Rocky Horror Picture Show;” and then, in 1987, teamed up with Cher for “The Witches of Eastwick” to, presumably, offer fresh fodder to every late-’80s drag queen. Later, in 1995, Sarandon appeared with many of her industry peers in the acclaimed documentary inspired by gay activist Vito Russo, “The Celluloid Closet,” which examined depictions of LGBT characters in Hollywood.

The next step in being a gay icon, apparently, is playing one: Starring alongside fellow acting dynamo Jessica Lange as Joan Crawford, Sarandon portrays beloved Hollywood legend and “All About Eve” leading lady Bette Davis in Ryan Murphy’s “Feud: Bette and Joan.” Sarandon was fresh off the set of the FX series when she dished on “Feud,” and numerous other aspects of her storied life and career.

The great thing about “Feud” is having you, a gay icon, play a gay icon. I can’t think of many things gayer than that.
[laughs] Well, I hope the appeal seems to be broader! I’m hoping we reach out across the aisles to heterosexuals also, because what I think the story is about is a really interesting examination of all kinds of things: power and roles and misogyny and aging.

How do you explain the gay fascination with Bette Davis and Joan Crawford?
Well, I can’t speak for Joan – I can only speak for Bette. But, first of all, being some kind of outsider – she was an intruder at the time, when she was trying to get good parts, because she wasn’t your classic Hollywood beauty. So, she started off as an outsider, and I think that she had a secret, and in the early days of being gay – and still in some places – that has to be a secret. I think she had a lot of secrets, and you sense that she was trying to do things that were not easily done as a woman and as an artist, and she was a very straight shooter. When we were working on it, our biggest challenge was trying to make it grounded in reality because they’re so big. Her gestures, everything – I felt like, “Here goes another meme!” [laughs] The question was, are we able to make this into something that people are actually moved by? It’s very funny, obviously, and interesting.

Shifting to politics, some LGBT people were disappointed in your decision to cast your vote for someone other than the predicted winner, Hillary Clinton. If you would’ve known that Trump would be elected, and that we’d be experiencing such a threat to human rights, which I know are so important to you, would you have voted differently?
This is the thing: To have the conversations about “woulda, shoulda, coulda” opens up everything about the primaries and all kinds of things. The important thing right now is that we stop harping on blame because blame, if you really want me to talk about this election – you know, I was not the person who brought Trump into power. The DNC [Democratic National Committee] has a lot of … there are already suits all over the country about how that was rigged, the primary.

So, to talk about this, for me, is a waste of energy. I think right now we’re about to appoint Scott Pruitt, which is the end of the EPA [Environmental Protection Agency], and we’ve got this gal, [Betsy] DeVos. People have to get over what happened, take some personal responsibility for being in a bubble and not paying attention to what was going on in the country, and start applying their anger and their energy to rectifying what’s going on.

So what are we gonna do now? This is a moment where we have to start using our energy and the time that we have and the media to divest from our banks that are building these pipelines all over the place, not just in Dakota, which are going to bring down this country. Fracking is going to go full speed ahead. We have to stop that. And we have to protect those who are vulnerable under this administration, and that’s not gonna happen until we let go of what happened before and really dedicate ourselves to making phone calls, putting our bodies in the street and, most of all, taking our money out of organizations, banks and networks that are supporting the actions of this guy.

Now that everybody is awake, we have to take that and that fear, and we have to not indulge our depression – not indulge on pointing fingers – and get out there and work with some of the people who are going to be betrayed by Trump who voted for him and use that as a force for real change, because now it can happen. And we’re in a moment in history where you’re gonna either be on one side or the other, and to be quiet or to be depressed or to blame me is not productive, so that’s what I would say about that.