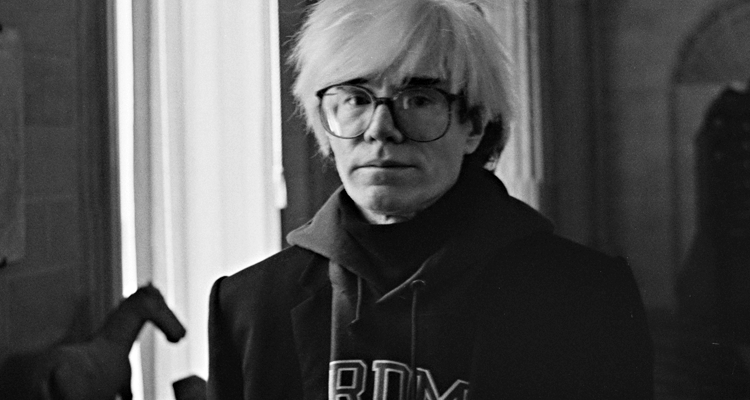 ‘The Andy Warhol Diaries’ Looks at Icon’s Personal Life, ‘How to Survive a Pandemic’ Examines the Race for a COVID-19 Vaccine

Based on the 1989 memoir of the same name edited by Pat Hackett, Netflix’s excellent new series, “The Andy Warhol Diaries” looks at the life of the titular artist with a personal emphasis.

Director Andrew Rossi, who is bisexual, has been a fan of Warhol’s work since he was a child. One of his goals with the project was to understand the humanity behind the icon.

“He is a figure that occupies that culture in a way that gives permission to people to be themselves,” Rossi told Georgia Voice. “[Warhol’s studio] The Factory was a place in New York in the ’60s that was radical, and that legacy of creating a safe space for people existed also in the ’80s when I was a young person figuring myself out. Andy was one of the few public figures that seemed not necessarily out but in a queer space. There was a queerness that was a companion to the intense artwork and visual language that he created that I was drawn to.”

The series is filled with remarkable archival footage of Warhol and those close to him. It took some time for the director to get approval from the Warhol estate to make the series. While he waited, he was able to reread the diaries and formulate an approach to the 800 words of text, focusing on the many of the people in his life, including romantic partners Jed Johnson, an interior designer, and Jon Gould, a film executive. The series also spotlights Warhol’s friendship with artist Jean-Michel Basquiat and the effect the 1968 shooting by Valerie Solanas had on his life.

Rossi thought it was odd that a man who was so influential was unknown to us, but he says it was the product of Warhol’s effort to somewhat hide himself.

“In the series [an interviewee] says that Andy’s heart was so fragile that it’s almost wrapped in gauze,” he said. “He grew up in Pittsburgh, the son of immigrants, and thought his skin had blemishes, his nose was too bulbous. He became bald very early on and thought he was physically not attractive. That combined with his presence in the world as a gay man that could not modulate enough to pass made him an outsider. He created an armor to transcend the pain he felt.”

Out director David France has made some remarkable documentaries over the years, including the LGBTQ-themed “The Death and Life of Marsha P. Johnson” and “Welcome to Chechnya.” His film, “How to Survive a Plague” — an Oscar nominee for Best Documentary — looked at the AIDS crisis. Now, his follow-up, HBO Max’s “How to Survive a Pandemic,” examines COVID-19 and the race to find a vaccination. France himself was in Berlin at a film festival in 2020 when the murmurs began about COVID. His team was able to leave, but at another festival they realized the severity of the situation. Back in New York during the lockdown, he and his crew became fixated on a vaccine situation.

“We started what was research for the documentary but at first was really self-preservation,” France said, his team on the lookout for the latest news. “That’s when we realized how invisible vaccine research is.”

“Pandemic” is critical of the Trump administration and the mistakes made along the way. The film also points out the difficulties with the eventual vaccine rollouts and the unanticipated news that many would refuse vaccinations. Other issues include manufacturers focused on profiteering while thousands were losing their lives around the world and the vaccines being slow to reach poor countries.

“I think folks in my generation who experienced the worst years of the American AIDS pandemic — 1981–1996 — embraced the condom code when it was suggested that there would be ways to avoid transmission of HIV,” France said. “We are the generation that put love of community ahead of self-interest and love of self in remarkable ways. We were among the first to embrace what they now call the non-pharmaceutical interventions — mask wearing, glove wearing, eye shield wearing. We knew how to modify our own compartment in a way that would help bring community spread down. I noticed from my circle of friends and acquaintances that some model behavior was practiced. I applauded that.”

is now streaming on Netflix

“How to Survive a Pandemic”

is now streaming on HBO Max.