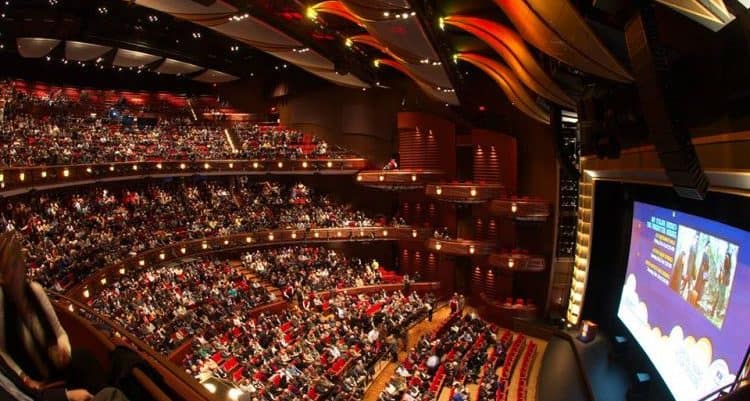 The Atlanta Jewish Film Festival kicks off this week, and there are three pieces LGBT moviegoers might want to add to their “must-see” lists.

The documentary “The Freedom to Marry” chronicles the journey to marriage equality, including the story of Jewish LGBT activist and attorney Evan Wolfson, “who is considered by many the architect of LGBT marriage equality,” according to the festival website.

“I always wanted to make a difference,” Wolfson told Georgia Voice. “When I eventually was in law school, one of the tasks was to write a third-year paper, a thesis. I decided I wanted to write my thesis on how we could make things better for gay people, who were a despised and oppressed minority.”

Wolfson said he wanted to use the language of love and marriage to help people understand what life was like for LGBT individuals. He said filmmaker Eddie Rosenstein did a great job intertwining two stories in the documentary, both the tale of how this “immense legal victory” happened, and how America got to the point of needing such a victory in the first place.

“What comes through all of that are inspiring examples and lessons as to how you can change things. Even things that seem grim and doomed and impossible to achieve can be changed and the world can be made better,” Wolfson said. “The reaction has been exuberant in part because people are thrilled to retrace the story of how we changed hearts and minds and won.”

Wolfson will be attending the “The Freedom to Marry” screenings on Feb. 13 and 14.

Also on the “must-see” list are two foreign language films, which do come with subtitles for film buffs not fluent in German, Arabic or Hebrew.

“In Between” follows three roommates in Tel Aviv — a lawyer, a lesbian DJ and a religious university student — as they struggle to be true to themselves while searching for relationships and develop an Arabic-Israeli sisterhood in a largely Jewish society.Writer and director Maysaloun Hamoud’s feature debut “plays on the genre tropes of ‘Sex and the City,’” according to the film festival website.

“Family Commitments,” a German romantic comedy, tells the story of Jewish David and his Arab boyfriend Khaled. The two are ready to tie the knot despite the behavior of David’s overbearing mother and Khaled’s homophobic father, but then a woman turns up and claims to be pregnant with David’s baby.

“As the plot thickens, relationships are stretched to the breaking point by deceit, obfuscations and the struggles of the family business,” the movie’s description claims. “’Family Commitments’ mixes classic screwball comedy with eye-catching production design, a goofy fun soundtrack and an inclusive multicultural worldview.”