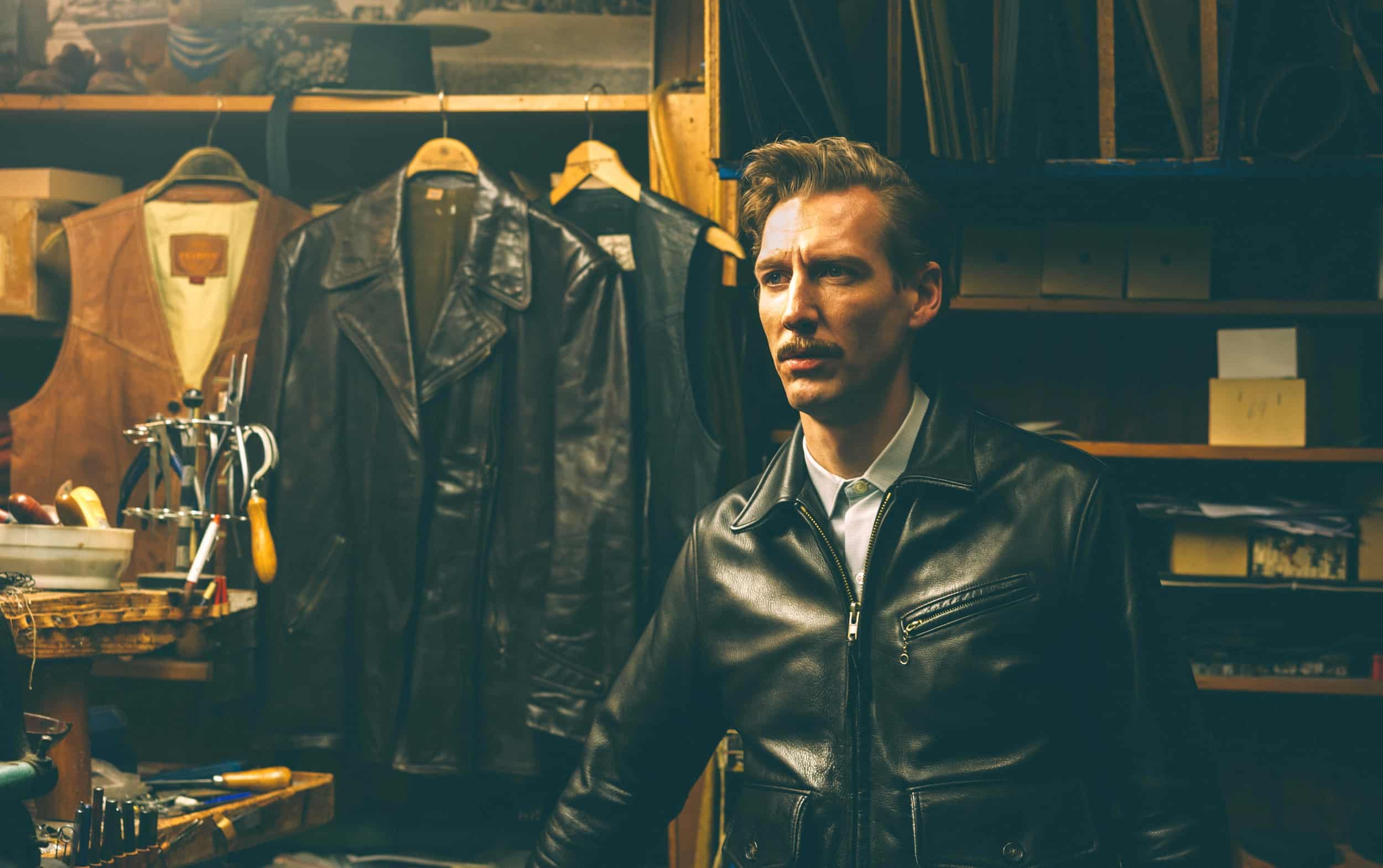 Finland’s official Academy Award submission for this year and another entry in an exceptional year for LGBT film, “Tom of Finland” charts the legendary illustrator Touko Laaksonen, whose drawings became part of gay pop culture. What might seem to some as a sexy leatherman romp, however, turns into a compelling character study instead.

As directed by Dome Karukoski, “Tom of Finland” opens as its titular character (played by Pekka Strang) is a soldier in World War II, where his time in battle shapes the rest of his life. Later — while living with his condescending sister and in a relationship with their handsome male roommate, Veli (Lauri Tilkanen) — Tom works at an advertising agency, drawing on the side. His erotic pictures of men — muscled, leather-clad, often on motorcycles — are ground-breaking and liberating but come in a time in the repressive Finnish society of the 1950s when homosexuality is outlawed and gay men can be imprisoned.

His work eventually finds its way to America, though, and to Bob Mizer, the Los Angeles editor of Physique Pictorial magazine. His artwork starts to peak in the late ’70s and early ’80s, but when the AIDS crisis hits, soon some are claiming his work is misplaced against the backdrop of what is going on.

“Tom of Finland” tackles a lot (perhaps too much) material and what happens here seems to have been fictionalized somewhat. Given the subject matter, it’s not as sexy or lusty as it might be. Nonetheless, it’s very enthralling with a convincing performance by Strang, spanning several decades. The movie effectively shows how the meek Touko became Tom of Finland and also gives the subject some overdue attention for creating work that even he didn’t realize the impact of.

In other film news, the just-opened “The Shape of Water” should be a strong contenders at this season’s Academy Awards, as well as a film that appeals to the LGBT community.

Sally Hawkins stars as Elisa, who works alongside her friend Zelda (Octavia Spencer) in a government laboratory as a cleaner in the Cold War era of the early ’60s. Elisa doesn’t speak and communicates via sign language. She is also a virgin, although she certainly thinks about sex a lot. Away from her job, her housemate Giles (Richard Jenkins) is secretly gay — he and Elisa go to a nearby diner often so he can make contact with the waiter there.

Zelda and Elisa soon discover there’s a creature (Doug Jones) being held in a tank, captured by her boss (Michael Shannon, making a fine villain). Elisa develops a kinship with the creature, at first feeding him eggs, but eventually becoming enamored with him .

As directed by Guillermo del Toro of “Pan’s Labyrinth” fame, this has a lot of tones and shades. Sometimes those tones can crash together — one moment it’s a romance, then a musical homage, then some shocking violence comes out of the blue. Yet it’s a gorgeous looking, exquisitely made film, with cinematography and art direction that are often breathless.

The cast is exceptional — especially Hawkins and Shannon — and the romance isn’t as corny as it sounds. “The Shape of Water” proves to be right up the director’s alley and is also likely to resonate in the LGBT community, with Elisa, Giles and the creature all certified outsiders standing up against authority.

“The Shape of Water”
Landmark Midtown and AMC Phipps Plaza
www.landmarktheatres.com and www.amctheatres.com