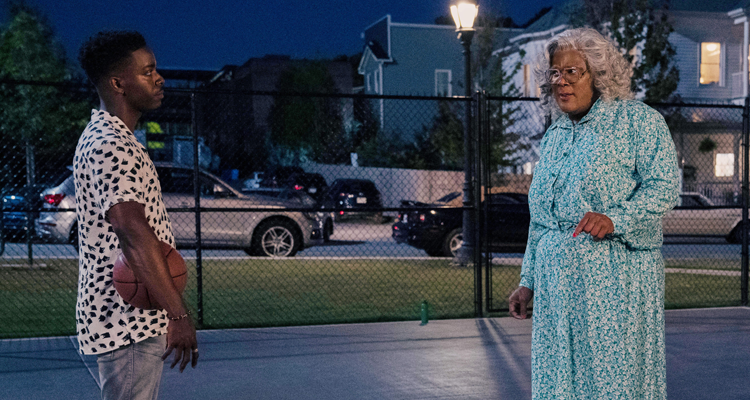 Tyler Perry has been playing his “Madea” character for more than 20 years, first on stage and now in film, but the latest film in the franchise makes history. For the first time, in “Tyler Perry’s A Madea Homecoming” — which is now streaming on Netflix — the series has a gay character, played by actor Brandon Black.

In the new comedy, Perry reprises his titular role and plays others in his family as well. The film also stars Brendan O’Carroll, who plays the character of Agnes Brown. As they all gather together for a happy day, some secrets come to the surface.

Black plays Tim, Madea’s great-grandson. He is coming to her house to celebrate his graduation and being his college’s valedictorian.

“He is stressing about that, but he also has something he needs to announce to his family and that would be that he is gay,” Black told Georgia Voice. “That overshadows the speech for him.”

The actor said there are gay people in most families, so it makes sense to see a gay great-grandson here. As an out actor, he is happy that he got a chance to play the role.

“This movie has a message for everyone,” Black said. “I feel that everybody is represented. Everyone will see themselves in this movie and you see everyone accepting Tim for who he is.”

As the writer and director of the film, Perry agreed.

“I have been working with Covenant House many many years and a lot of those kids there were LGBTQ+ kids who were put out of their house because they were gay and ended up homeless and in the streets,” Perry said. “I have a house in Wyoming and there is never a time when I land there don’t think of Matthew Shepard and what he went through. To take a character that is so iconic to so many people and have her embrace and love [her great-grandson], I hope that is an example that is set for many people around the world.”

The character of Madea has changed since he first brought her into the world, Perry said.

“Over the years she’s still got the heart and the soul and all the things she has had in the beginning,” he said. “For me, she is about making people laugh, to use the laughter as an anesthetic to get to real issues that are plaguing us. So I think she has become open to things in life. That has come with age and wisdom.”

Yet Perry wouldn’t want to keep returning to the character if it were just to make people laugh. He wants to do good with the character.

“Once you are laughing, you find yourself open and unarmed and relaxed and able to hear things,” he said. “That is when I like to drop a message in every now and then. One of the most important ones here is living your life, for Tim and also his mother, who is in love with a younger man. Live your life. You have one chance at this — go for it.”

Black was part of the ensemble of the LGBTQ-inclusive “Dear White People,” also on Netflix, which was his first foray into a long-term TV role.

“It was an amazing experience,” he said. “It was exciting to be on something for four years and explore this character, who was very religious. I was playing with why that is, in my own head. I personally believe Pastor Kordell was gay, but it never gets revealed, so for me it’s the fun of justifying why he is so intense about preaching the word.”

“Tyler Perry’s A Madea Homecoming” was made at the prolific Atlanta-based Tyler Perry Studios, also the shooting location for several TV series. For Perry, it’s been an extraordinary year. He was awarded the Jean Hersholt Humanitarian Award at the Academy Awards in 2021 and is also part of the comedy, “Don’t Look Up,” which is nominated for a Best Picture Oscar as well as a SAG Award for Best Ensemble.

“Tyler Perry’s A Madea Homecoming” is now streaming on Netflix.