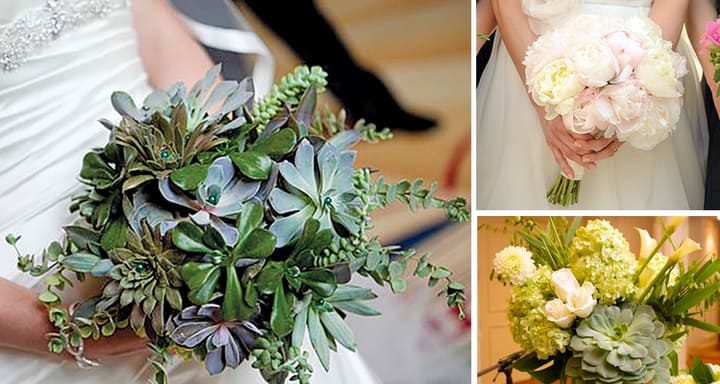 Floral on fleek: Top three trends from an Atlanta florist

Larry Hammack, owner of Foxgloves & Ivy Floral Design Studio in Atlanta’s Little Five Points, gives you the floral facts you need to know before walking down the aisle.

“What we’re seeing is a move to a little bit more relaxed, natural design. I think the trendiest thing, the most popular, is not even a flower. It’s a succulent. People are just going crazy for succulents in wedding bouquets, in arrangements, cake décor. The whole thing with succulents started in Europe about 10 years ago. I think it’s a texture thing and they also provide that bluish to gray, greenish gray color you don’t naturally find in flowers.”

2. “Greenery” doesn’t have to mean greenery

“With the new and more relaxed design, we can incorporate more unusual greenery in there. It doesn’t have to be just greenery, it can be succulents, seed pods. Greenery costs per stem, just like a flower does. Examples are eucalyptus, ferns, fiddleheads and moss. The trend toward using green as a color is still going strongly. That started 10 or 15 years ago. Chartreuse came in with a bang for everything, including flowers. Flower growers are able to grow green varieties. There’s some beautiful hydrangeas coming in that are called mojito. Chrysanthemums and Fuji mums now have a green revert. We always try to put some of that in every arrangement to make all the other colors pop.”

3. Be open-minded and aware of options

“Typically if flowers are important, they need to spend between 8 to 12 percent of their total budget to make a nice impact. It’s important to have a feel for the look that you’re going for. It’s almost at a point where brides have too much information available for them. A bride comes in and says, ‘I like this look.’ What can we do to translate that to your budget?

It’s up to us to know what’s available when. The beauty about a global economy is they grow flowers in Holland 12 months in the year, South America 12 months a year under glass. Seasonally, once the spring gets here, we get flowers that are grown locally here in the metro area all the way up to Alaska. Probably the most requested flower by brides is a peony. They peak at Mother’s Day. If a bride is getting married say in August and she wants that look, then we can turn around and we can show her examples of garden roses called peony roses, which have that form and shape, but they’re a rose. You still have the feel of that big, fluffy flower.”