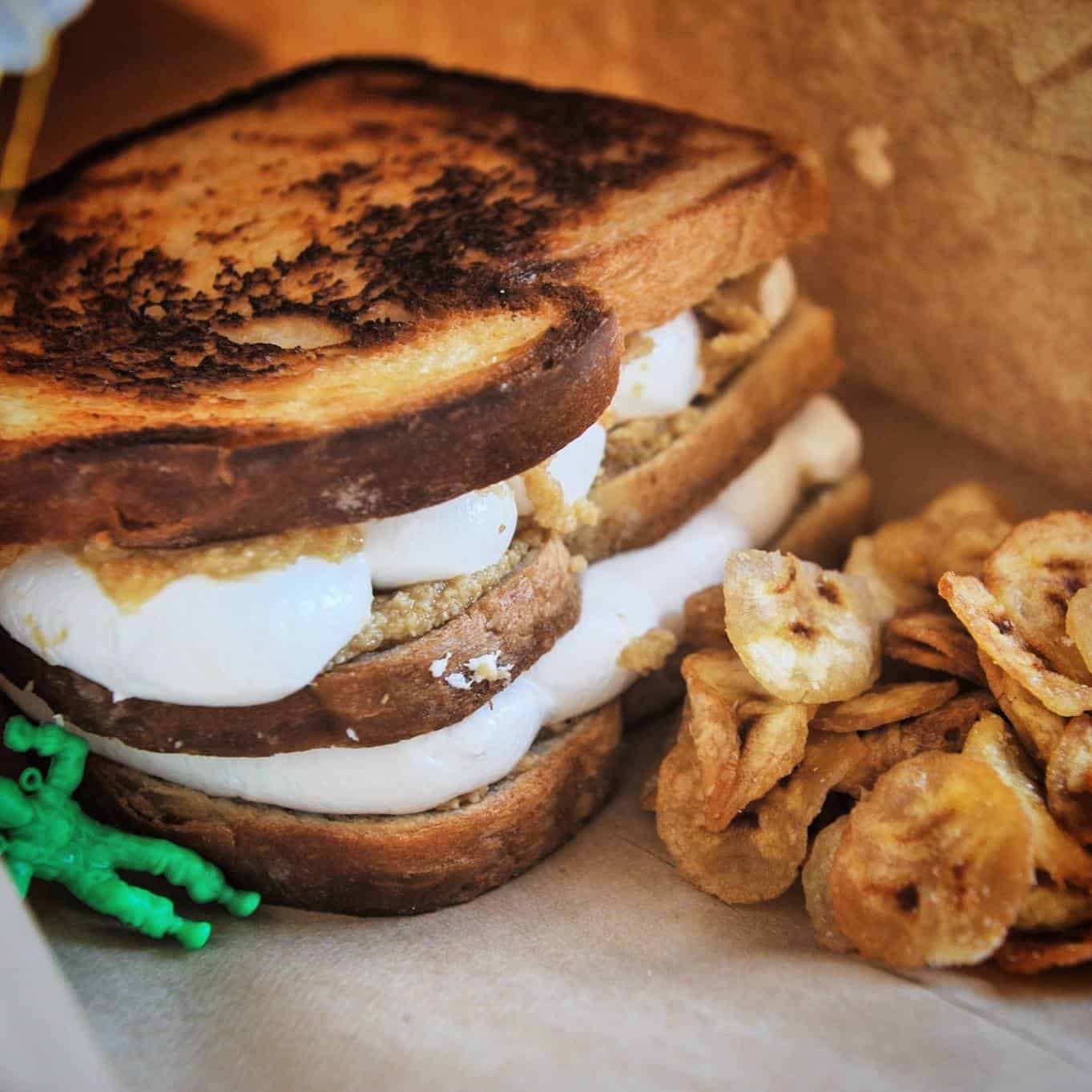 “Ugliness is so grim, and a little beauty, something that is lovely…can help create harmony, which will lessen tensions.” Lady Bird Johnson, wife of our 36th president, Lyndon Johnson (1963-69).

Lady Bird wasn’t talking about her inimitable teased-and-shellacked campy hairstyle. She was referring to the landscape. She tried to purge the highways of billboards and litter. She was also behind expansion of public parks in American cities.

It’s no surprise, then, that her name should turn up in a new restaurant on Atlanta’s own beautification project, the Beltline. Ladybird Grove and Mess Hall (684 John Wesley Dobbs Ave., ladybirdatlanta.com, 404-458-6838) is a nostalgic throwback. In its woody, rough way, it reminds me of old-style fish camps whose main decorative feature was the outdoor setting. Thus the best seating at Ladybird is on the patio. It was too cold to dine there when I visited with friends recently. But we did wait outside for an inside table and the staff offered us blankets, for real. We did not tell ghost stories or sing, “Where Have all the Flowers Gone?”

So what do owner Michael Lennox and Chef Kyle Schmidt offer to eat? The menu furthers the outdoorsy theme, divided into sections like “trail snacks,” “picnic basket,” “campfire,” and “base camp.” It gets a bit kitschy, campy, and saccharine, but the fare is actually an intriguing patchwork of this and that from here and there. This lack of campfire coherence has somewhat annoyed a few critics. I however always dig the random and unpredictable.

Unfortunately, most of the food I’ve sampled has been average. I was thrilled, for example, to see chicken and dumplings on the menu. It’s a favorite comfort dish, but the cast-iron skillet’s leg and thigh were stringy and the dumplings were tiny, like gnocchi, adrift in bland gravy. It was so much unlike what a friend had described that I wondered if the chef was on vacation.

Two at my table ordered the shellfish roast—shrimp, mussels, lamb sausage, smoky cabbage, potatoes, and grilled bread. Despite some undernourished mussels, they gave the dish a thumbs-up. In fact, the shrimp, served head-on, were cooked just right for eating without the fuss of removing the shell. If you don’t leave the shell intact on well-cooked shrimp now and then, you might be surprised how intensely doing so can ramp up flavor.

The Ladybird burger is spiked with ground bacon and coated with the American cheese your camp counselor loved. It’s certainly acceptable as burgers go, but I’d look for something more adventurous. Actually, if I had it to do over—and I do plan to go back—I’d order the whole spatchcock chicken. It has received rave reviews from other critics, including Yelpers, and feeds as many as four for $38. Grilled, crispy, and juicy, it includes a slew of Mex-style accompaniments: grilled onions, chiles, nopales, cilantro, grilled tortillas, salsa roja, salsa verde, patatas bravas and slaw.

Starters—“trail snacks”—didn’t really set our appetites completely on fire. Rice croquettes with sausage in a cranberry-mostarda glaze fell flat. A better choice was the “Navajo fry bread,” a sweet and slightly salty concoction of Benton’s country ham, honey, cilantro, and black pepper. Want a weirdly wonderful starter? Try the triple-level Fluffernutter “starter.” It’s a mash-up of marshmallow crème, white bread, and hazelnut butter, instead of the classic peanut butter. It killed my desire for dessert, but I’ll likely be ordering the s’mores pie next visit.

The crowd at Ladybird on a Friday night was young and well lubricated—beautiful, harmonious, and relaxed, just like Ladybird wanted life to be. And don’t forget that beauty is always loud. Really loud. Even if the food isn’t A-plus, the restaurant gets props for soaking up its location as few along the burgeoning Beltline have.