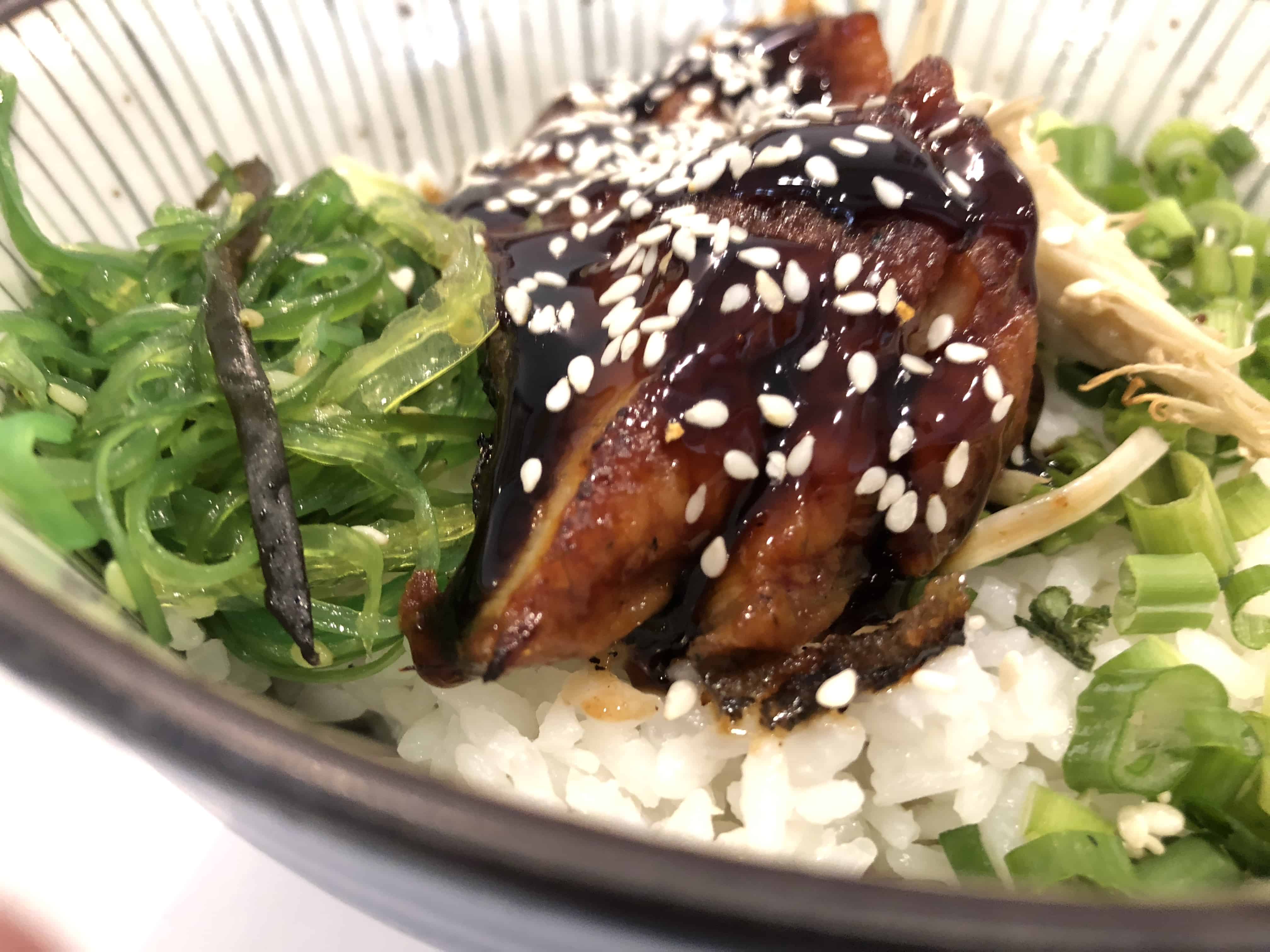 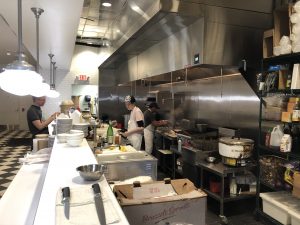 has arrived, and that means you’ll be slurping a lot of ramen, the Japanese noodle soup that is absolutely everywhere these days. I dined last week at one of the newest venues in Grant Park called Ramen Station. It is located in the Larkin development on Memorial Drive, and like every other tenant there, features a minimalist design whose décor is secondary to overall architectural features. Can you say “postmodern feng shui”?

There are so many ramen restaurants in town now that choosing the best is virtually impossible, but I’m betting Ramen Station will rank high on many diners’ lists. The owners are Michael Lo and George Yu, and if you’ve ever doubted if their food is worthy of your time, their resume in cooking authentic Japanese cuisine will give you the reassurance you need. They’re the talented team behind Suzy Siu’s Baos in the Krog Street Market, Noona Steakhouse in Duluth, and Son of a Bear in Decatur. Their original restaurant is Taiyo Ramen and Izakaya, formerly named Makan, in Decatur.

Ramen Stations’ Chef Kevin Yin makes seven varieties of ramen, as well as four rice bowls and nine starters. Since the owners have perfected buns (baos) at Suzy Siu’s, you need to try the pork belly one here. It’s roasted and lightly glazed with brown sugar that frots pickle 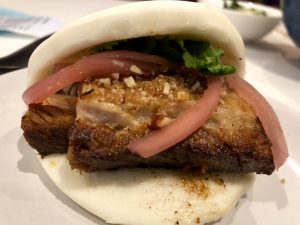 d onions. Meanwhile, the steamed bun itself has the texture of a starkly white, fluffy cloud. You can also get one stuffed with soy-marinated bulgogi (beef) or tofu. There’s also musubi – a block of rice layered with Spam, a favorite of Hawaiians, bless their hearts. Easily shareable appetizers include the ever popular fried Brussels sprouts, potato croquettes, fried chicken, and edamame.

You might want to consider, as I did, ordering a rice bowl to share as a starter too. We picked the one topped with seaweed salad, enoki mushrooms, and unagi (eel). My companion loved it. Me, not so much. I usually like eel, but this tasted gooey and sweet. Adding a bit of hot sauce helped. Next time, I’ll try the salmon.

As for ramen, I picked the classic tonkotsu. Its broth is made from eternally boiled pork bones, served afloat with tasty, meaty slices of pork belly, a (cage-free) soft-boiled egg, scallions, bamboo shoots, and black garlic-sesame oil. It was creamy and glistening with steep flavor. I did make a choice I kind of regret. I ordered the spicy version which includes a spoonful of a paste that Chef Yin makes by roasting habanero chilies and other piquant ingredients. It’s not super-hot, but it did eclipse many of the bowl’s flavors. Ask for it on the side.

We also ordered the other pork-based ramen, pork shoyu, that tasted more complex. The pork broth in the shoyu is combined with a subtle kelp broth. The “shoyu” refers to the soy sauce that the bowl includes. I’m not crazy about the straight-up soy sauce everyone dumps on every lump of Asian cuisine, so I was happy that its chef-managed inclusion in this bowl was actually complementary. Finally, I should note the noodles themselves were juicy and skinny – like a twink. They are shipped fresh worldwide from Sun Noodles in Hawaii.

Two final points. Vietnamese pho is also wildly popular these days and is often compared to ramen. Sorry, but pho is typically less complicated than ramen, even with that bowl of herbs on the side. As evidence of complexity, Ramen Station is serving locally uncommon lamb ramen. Its broth is highly condensed, so it’s actually served on the side. You dip the noodles and braised lamb in it, rather than floating everything in the broth. However, I do give the Vietnamese props for not eating Spam.