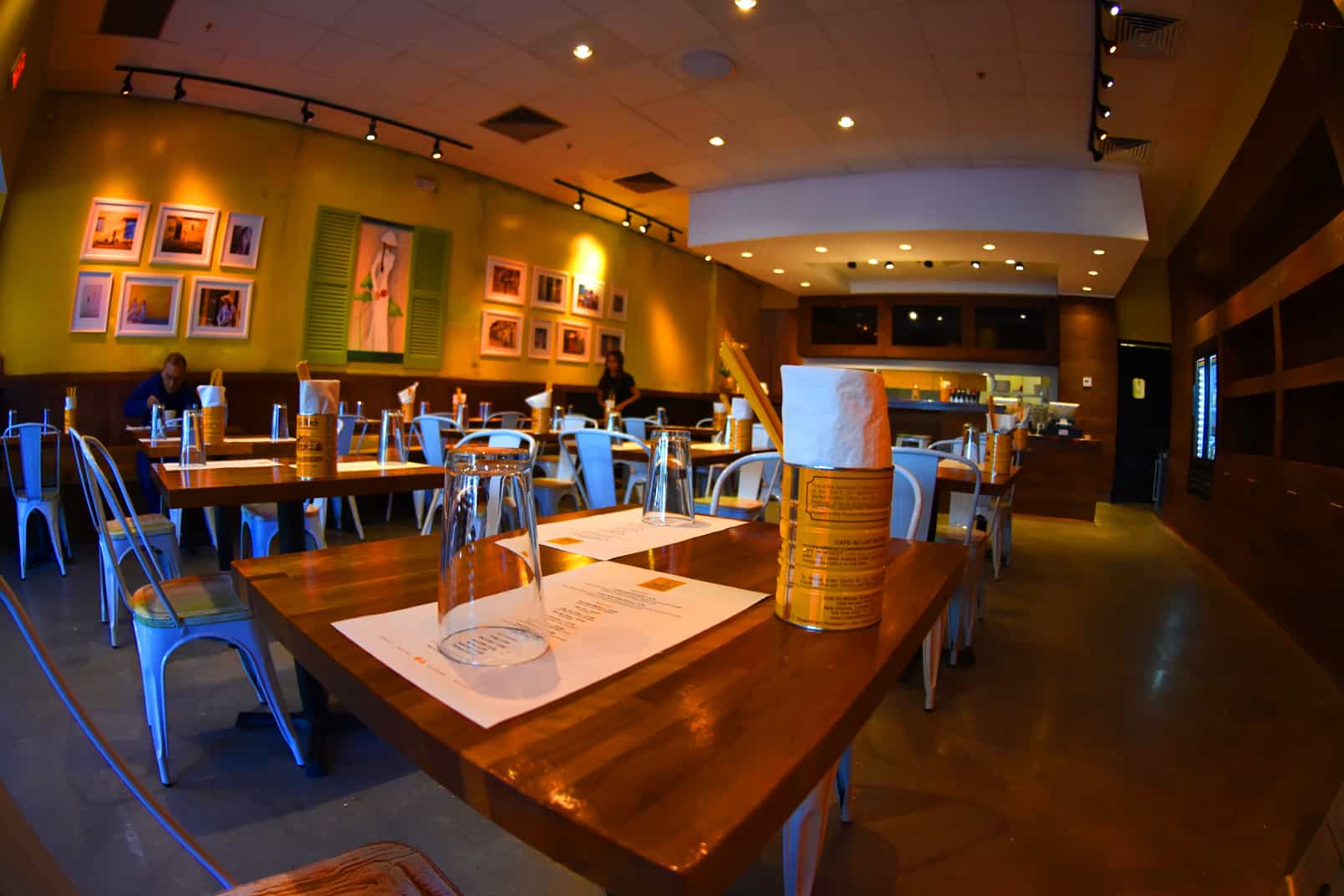 Vietnamese should be your favorite cuisine. Except perhaps, for the salt, it’s incomparably healthy. It blends the raw and the cooked, plays with textures, and tases your taste buds in the very best way. It is also, when approached authentically by its chefs, intentionally beautiful. All of that comes through at Anh’s Kitchen.

There’s a reason for that. The restaurant, which has been open well over a year, is owned by the MF Sushi bros, Chris and Alix Kinjo. In 2003 they debuted Nam, an upscale, dark, and glamorous bistro designed by Alix and located in the building behind Starbucks in Midtown Promenade. This was long enough ago that most in-town diners were still as terrified as Donald Trump to set foot on Buford Highway, where Vietnamese restaurants had long operated. Thus, Nam was many people’s first taste of a cuisine that hybridizes Chinese, Southeast Asian, and French cuisines.

Anh’s doesn’t replicate the theatricality of Nam — that’s at Guy Wong’s LeFat in West Atlanta — but it is a glowing jewel that’s easy to miss in the high-rise Midtown Gulch on Peachtree. The quirky, gold-glowing dining room wraps around the kitchen. Colors pop but symmetry, from the wall art to the food itself, always prevails.

I’ve eaten at Anh’s three times. I’d go more often if I enjoyed using my car for target practice with pedestrians while hunting a parking space. The one dish I have ordered here that I used to order regularly at Nam is the shaking beef, which was created during the French occupation of Vietnam. It’s cubes of filet mignon that are seared in a super-hot wok with onions, watercress, and a lime sauce. The meat is astonishingly tender. I ordered the dish at other Vietnamese restaurants after Nam closed and it was invariably made with an inferior cut of meat. Anh’s has no equal that I’ve found.

During my last meal, a friend and I ordered classic shrimp spring rolls and we split a barbecued pork banh mi (sandwich) to start our meal. These dishes demonstrate what sets Anh’s apart. It’s not that you can’t get either of them at multiple locations; it’s the quality of the ingredients. Nowhere else will you find the perfectly crusty baguette, the mysteriously seasoned meat, or — perhaps above all — the exotic, multi-layered house sauce. You won’t even find rice paper that clings but isn’t too clingy, wrapping shrimp that taste like shrimp.

Five years ago, I got addicted to now-closed Chateau de Saigon, a Vietnamese restaurant on Buford Highway, because of one dish. The restaurant served crunchy rice of the kind you scrape from the bottom of a pot. You had your choice of toppings and I always got the caramelized pork. I didn’t expect to find the dish at Anh’s but I always have to ask. The server told me that it was available, just not the way I was describing it. He explained that I could order a clay pot dish and the chef would cook the rice long enough to make it crunchy at the bottom. It was exquisite. I was sorry pork wasn’t available as the meat, but the chicken, served above the top layer of fluffy rice, was another example of an obviously rigorous choice of sourcing. I loved that I got a range of textures with the rice.

There’s nothing here that I wouldn’t recommend. I like the vermicelli rice noodle dishes and the pho is phlawless, even in the summer. Most everything is inexpensive, with the shaking beef topping the menu at $19.99. Yeah, not quite $20.