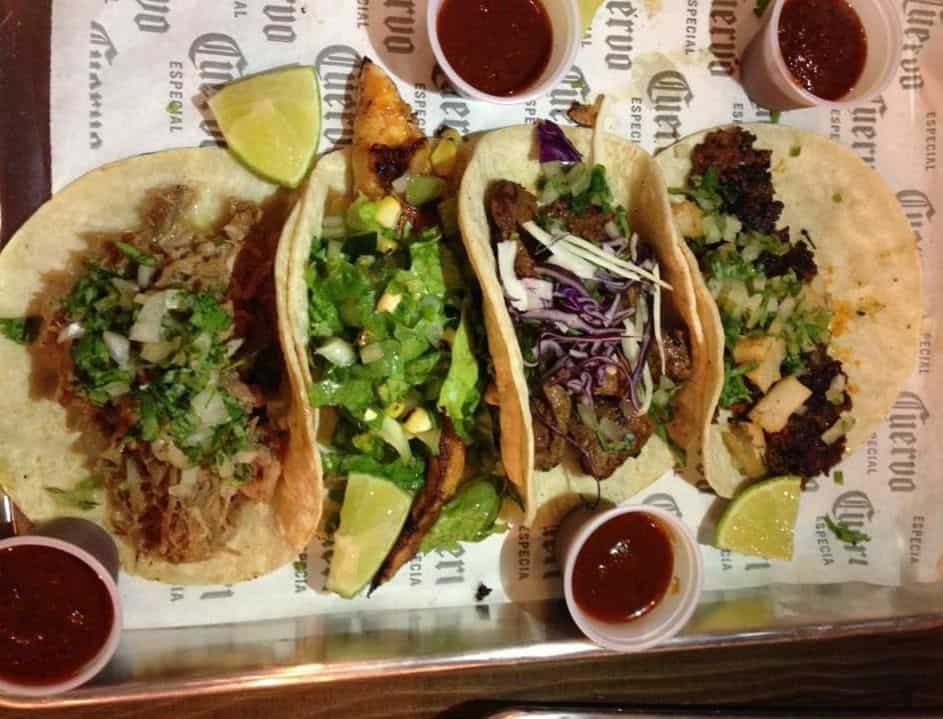 Eating My Words: Falling in love with a new Mexican spot in Old Fourth Ward

I think I may be in love with the new Taco Cantina in the Old Fourth Ward (480 Johns Wesley Dobbs Ave, facing Boulevard; 404-963-2146; mytacocantina.com). Before I go loco with love, let me give you a rundown of the history and current status of Mexican food in Atlanta.

During the ‘80s, I left Atlanta for a few years in Houston. Until then, I despised Mexican food. That’s because I grew up in Sandy Springs and my first taste wasn’t really Mexican. It was a hideous version of Tex-Mex, Americanized Mexican, at Taco Bell on Roswell Road. I gagged (and worse) on a few bites of the congealed mashed beans and the hamburger dumped in a crispy shell. I never touched anything called Mexican for more than 10 years afterward.

Then I moved to Houston, where I discovered the uncorrupted real deal on which I feasted several times a week. When I returned to Atlanta, I was overjoyed to watch Buford Highway turn into a boulevard of “authentic” taquerias. One lonely restaurant, Zocalo, dared to serve such food in Midtown.

Meanwhile, something interesting happened in town. I gorged on an eclectic hybrid of Southwestern-Mexican food at Taqueria del Sol and California-Mexican burritos at Tortillas (long-gone but resurrected at Bell Street Burritos and Tomatillos). Tex-Mex (or so-called “border cuisine”) morphed into something I loved at Nuevo Laredo. It’s gotten better and better at Bone Garden, and now, in the opinion of many, has reached its apogee at Superica.

Taco Cantina represents the most interesting development in town. It’s the sister of a restaurant of the same name in Smyrna, operated by chef-owner Adolfo Gonzalez (I reviewed it last December). What’s unique about him is his background. He grew up in a small town in Mexico, but ended up at age 18 working for the Atlanta Fish Market, followed by Nava, the Buckhead Diner, the renowned Coast Bar & Grill in Charleston and more. In other words, he’s a classically trained chef operating taquerias. This is also the case with Adrian Villarreal’s Rreal Taco in Midtown. Really, too, this was always true of Lucero Martinez-Obregon of Zocalo.

The result is mainly classic taqueria cuisine prepared with razor-sharp finesse and a playful hand with flavors and ingredients. You won’t find a special like steamed mussels with chipotle or a vegan taco wrapping a portabella-cauliflower confit on Buford Highway. And you also won’t find traditional tacos filled with uniquely marinated meats or seafood prepared with such finesse. Many of these ingredients — carne asada, roasted pork, grilled fish, shrimp — can also be piled on tostadas and layered in tortas (sandwiches). Do not miss the charro beans — the best I’ve ever had.

In a funny nod to violating culinary tradition, Gonzalez entitles one section of the menu “El Not So Mexican,” where you will find nachos, for example. Yes, people, nachos are not Mexican. True, they were invented just south of the border, but by a garbage-mouthed American for Americans. Why do you eat them? Anyway, this section also offers burritos and quesadillas — items that are certainly eaten in Mexico but are much more popular in the U.S.

I only have one complaint. The al pastor — pork flavored with ancho and pineapple — is delicious, but not as good as when it’s cooked on a revolving spit (as it is at Rreal Taco). I asked Gonzalez about that and he explained the phenomenal costs of required ventilation. That explains why so many on Buford Highway likewise prepare theirs in an oven!

The décor is festive, bright and conducive to tequila comas.