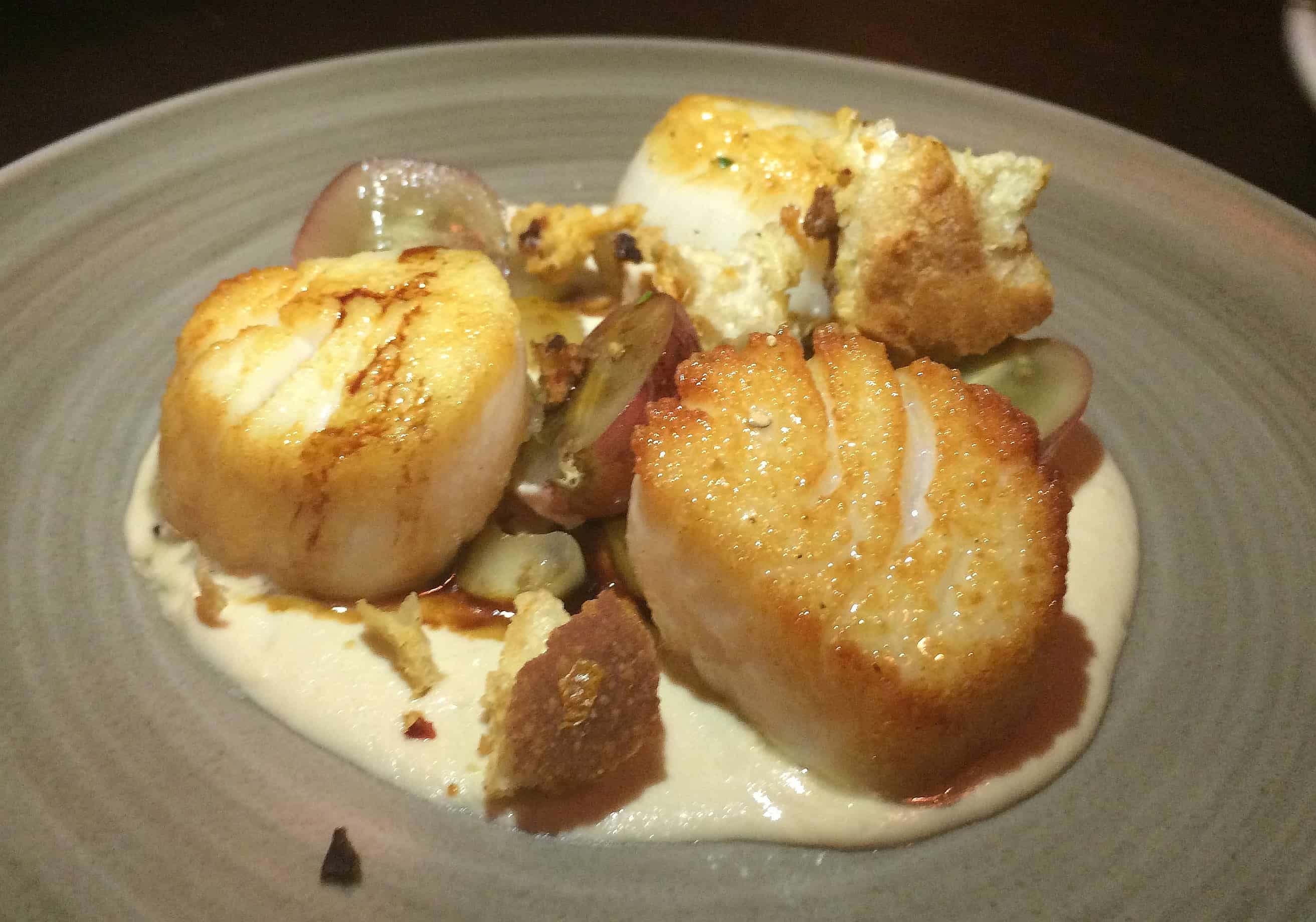 Remember how you crawled out of your mother’s womb and, 20 years later, sashayed into the Eagle or Blake’s? Suddenly, most of the confusion evaporated. You felt at home. That happened to me too, but it happened again, in a stranger way, another 25 years later. I was sitting at a table overlooking the Alameda de Hercules plaza in Sevilla, Spain, and I literally realized that I felt like more of myself than I ever had in my life. On that day I fell in love with the country and wish to hell I could live there.

Somehow, Spain intensely binds the physical and the psychological. Flamenco is the best example, but so is the food. I love to graze, to stuff different flavors in my mouth. I love small plates – both the nibbles of tapas and the larger, sharable portions called raciones. Every meal in Spain can be intense, even when grabbing a snack from a street vendor at 2 a.m. in Madrid.

So you can understand why I was so excited about the opening of Bar Mercado at the Krog Street Market (99 Krog St., 404-480-4866, reservations taken, barmercadoatl.com). It’s owned by the same people who operate the inventive Iberian Pig and the high-priced Cooks and Soldiers, as well as the Italian Double Zero and Sugo. Mercado has taken over the space vacated by the Cockentrice, which was directly accessible from the food hall. The vastly remodeled, brightly colored new space was inspired by a restaurant in a Madrid food hall. It is only accessible outside. Don’t get lost.

Executive chef John Castellucci, formerly executive chef at Cooks and Soldiers, has designed a menu of mainly irresistible tapas and raciones, divided into slices of cheeses and cured meats, as well as composed dishes of veggies, meats and seafood. Some are traditional, others are a bit Americanized, at least in my experience. Consider the Catalan spinach. Here, Castellucci lightly sautées the spinach, but it’s still quite leafy. He adds pine nuts, radishes, and golden raisins. It’s more like a salad than the ubiquitous “espinacas” in Spain. There, the spinach is usually cooked to a virtual puree and often studded with bits of meat. Honestly, finding veggies in Barcelona was so difficult that I once OD’d on meat and sought out a vegetarian restaurant. It turned out to be operated by Boomer-age American hippies serving utterly passé concoctions.

Castellucci provides numerous other vegetarian tapas – or I probably should say meat-free, since some contain cheese. Try the crispy artichokes and (especially) the seared eggplant with saffron yogurt, black olive caramel and fried chickpeas. There are classic piquillos stuffed with goat cheese and a shot of a usually cod-based Vizcaina sauce. It’s not my favorite flavor. It especially disturbed my braised octopus with potatoes, pickled red onions and chives. It didn’t help that the octopus was significantly overcooked, making it my least favorite dish.

Among meat dishes, I loved the croquettes made with chicken, béchamel and mushrooms. The beef meatballs were shatteringly tender, served over a tomato sauce with purple kale. There is house-made sausage with fresh and cured chorizo, chipolini onions and apple cider. Scallops are quivering but browned, and hold their flavor in the face of garlic, celery and a grape concentrate called arrope. Other dishes play with wagyu beef, hanger steak, Sapelo Island clams, pork ribs and much more. There’s even an already-beloved hamburguesa. I’m not telling what’s in it. Try it.

The menu also includes my favorite white anchovies and five cured meats and five cheeses. Unfortunately, I sampled none of these, wanting to try mainly composed dishes this first visit. I’ll go back and you better go too.