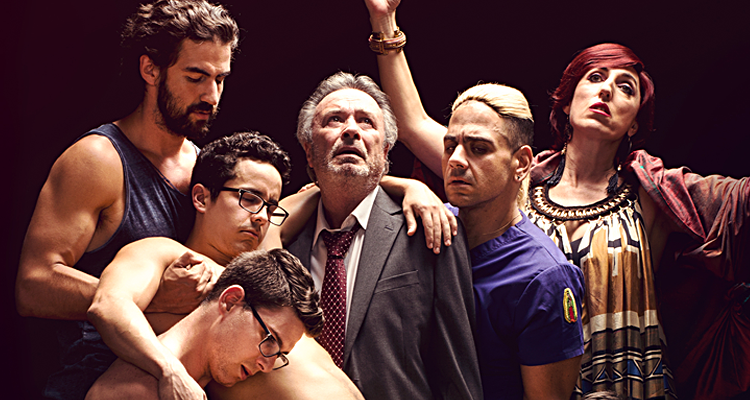 “Tu Me Manques” is now available on DVD and digital.

The second episode, “1960s: Riots and Revolutions”, is directed by Andrew Ahn, who was asked to be part of the project by producer Christine Vachon. Once he learned more about the concept, it seemed like a great way to dig into some queer history that he did not have the opportunity to do in school. “There was so much happening in that time period, and I had never studied it in a meaningful way,” he told Georgia Voice. He read a few books and then had a research team help him put together notable figures from the era.

His episode explores not only Stonewall but a whole lot more: Bayard Rustin, the civil rights movement, transgender rights, and the seminal documentary, “The Queen.” Ahn wanted to be comprehensive and cover the time period’s most fascinating subjects. “Stonewall is rightfully considered a watershed movement, but there was so much happening before and that is something I wanted to shine a light on,” he said. “We don’t realize how much the LGBTQ movement owes to the civil rights movement and the fight for Black liberation in this country.”

The interception of queer and Black identity and figures like Bayard Rustin was exciting for the director to explore. “I could see from the research how direct the connection was. Early queer organizers took strategies such as sit-ins directly from the organizers of the civil rights movement,” Ahn said. “We owe a lot to organizers such as Bayard Rustin.”

Ahn’s breakthrough was the 2016 gay-themed drama, “Spa Night,” which premiered at Sundance, played other festivals around the world and received distribution. His 2020 film, “Driveways” was also acclaimed, featuring the last performance of actor Brian Dennehy.

The director feels this is an ideal time for the series. “It’s so important as we move forward that we understand our history and the scope of what we’ve done as a community,” he said. “For many queer people, as we are coming of age, we think we are the only ones. There is a loneliness in understanding you are queer. This history allowed me to feel a sense of community with the past.”

After a successful festival run starting in 2019, the highly acclaimed and gay-themed “Tu Me Manques” is now available for home viewing. It was Bolivia’s official submission for the 92nd Academy Awards. In it, a father comes to New York from Bolivia after the death of his son Gabriel and connects with his late son’s boyfriend, Sebastian, trying to understand more.

The film is semiautobiographical, dealing with director Rodrigo Bellott’s experience losing a partner from a homophobic family to suicide. His experience led to him writing a play, which changed his life and many others’ lives in Bolivia. He spent three years adapting the play into a movie. “In our best dreams we did not know it would have this kind of reception,” he said.

The play and film differ somewhat, but both share the same theme. “The essence here is of a father, Jorge, looking for someone to blame for the death of his son and being challenged by this young man who represents everything he hates in the world,” Bellott said. “A man has died — someone’s boyfriend, someone’s son. I imagined Jorge would go to New York and look for answers. There was a phrase that moved everybody — ‘shame on you for losing a son you never met.’ I felt that was the key to the movie. Jorge needs to redeem himself and go to New York and know his son after his death.”

Actor Jose Duran, who lives in New York but hails from Bolivia, plays one of the versions of Gabriel in the film. He sees the film as a tragic love story. “You know Gabriel and Sebastian are in love,” he said. “This is an experience Gabriel has never felt before. Sebastian introduces him to this world.”

Duran admires Bellott for being who he is and being comfortable being out. “He grew up as a gay man in Bolivia and even now it’s very conservative. I think we still lack some representation in the country.”

After so much time working on the film, Bellott and Duran are both thrilled it’s finally reaching people’s homes.

“Tu Me Manques” is now available on DVD and digital.