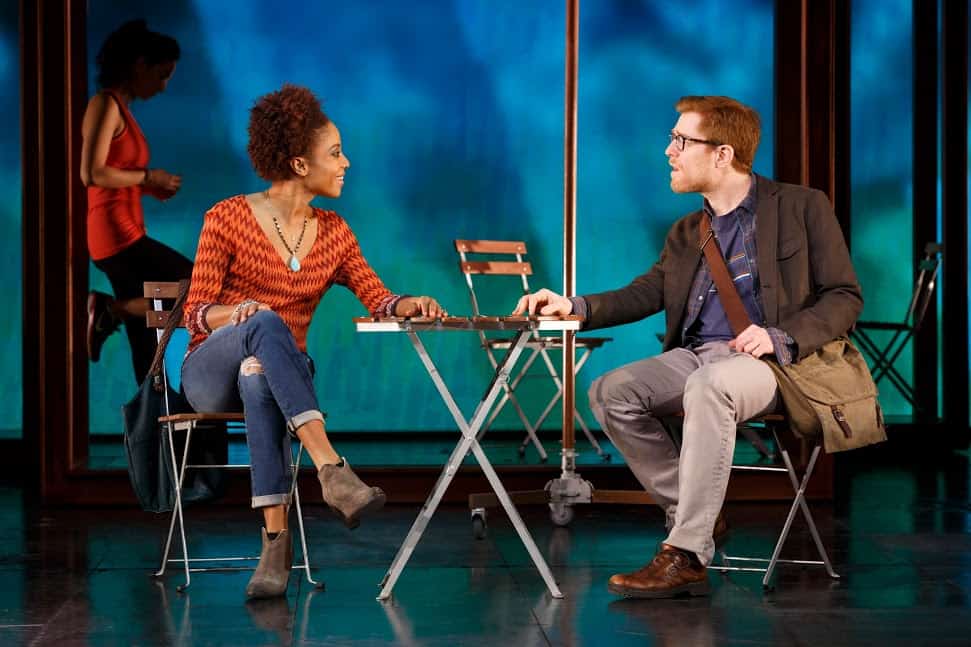 Out actor Anthony Rapp became a household name as part of the original Broadway cast of the musical “Rent,” in which he played Mark Cohen. After starring in the musical “If/Then” (in which a divorced woman gets to embark on separate personal paths) in 2014 with Idina Menzel, he has joined the national tour, which hits the ATL next week. We had a chance to catch up with the performer recently to talk about the production and his days with “Rent.”

Georgia Voice: Why did you want to be part of this show?

Rapp: I have been friends with Brian Yorkey (who handles the libretto) and Tom Kitt (who does the theatrical score) a long time. I did early versions of “Next to Normal” with them. They are great guys and they wrote this part for me. That was a huge gift and honor and bonus, so I jumped at the chance.

Tell us about your character.

Lucas is an old college friend of Elizabeth, the main character. They were activist friends in their college experience. They had a romantic entanglement, back in the day. Nothing super serious, but Lucas still holds something of a candle for her. He is pretty serious, very passionate, committed to the causes he is involved in. He is a bit of a neurotic guy. Funny, and certainly a lot of fun to play.

Is this your first national tour?

No. When I was 10, I toured with “The King and I” with Yul Brynner. Atlanta was one of the cities we played. That was 1982. We did a mini tour of “You’re A Good Man, Charlie Brown” before it went to Broadway. I did the tour of “Little Shop of Horrors” and then “Rent.” This one is going well. We really want to share this. It’s not quite as well known as some of the popular touring shows are.

Would you say this was undervalued?

It was very valued by some people. Some critics gave it a split response. I think it’s a very special, unusual piece.

Did any of you have any inkling “Rent” would have the effect it has had?

There is no way to know it will be a time- honored juggernaut, the way “Hamilton” has become. I knew I was part of something I loved and was special. At the time the subject matter was not something you would predict would be a mainstream, smash hit.

How many performances have you done of it?

Over a thousand. I did it two years in New York, six in London and a year on tour.

Has being out had any effect on your professional career?

Honestly, it hasn’t. I have been pretty lucky. I don’t know for sure if it ever will have a negative effect. It doesn’t seem that way.

Tell us about your new movie “Do You Take This Man.”

I have known the writer-director Joshua Tunick a long time. We got together, he told me about the film and asked if I would consider it. I said sure!

Rapp will also be doing a free conversation about his career at the Alliance Hertz Stage on Aug. 11 at noon presented by Broadway Across America, the Alliance Theatre, Out On Film and Georgia Voice.