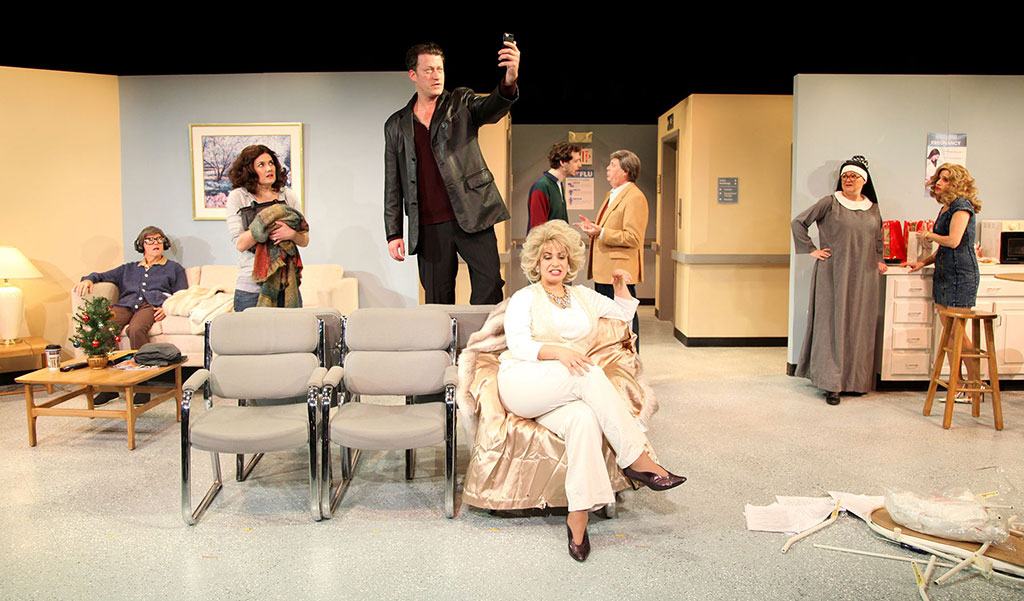 Besides an encore run of his “Let Nothing You Dismay” at Stage Door Players – surrounding the chaos that ensues when a couple has their first child and has to deal with two sets of families – and his new world premiere “Greetings Friend Your Kind Assistance is Required” at Georgia Ensemble Theatre in January, gay writer Topher Payne recently penned the Hallmark Channel hit “Broadcasting Christmas.” It’s been a rapid-paced period for someone who prides himself on being busy. Georgia Voice caught up with Payne recently as he was putting the finishing touches on “Greetings” and enjoying the warm reception to “Broadcasting Christmas.”

Hello Topher! When did you and Stage Door Players decide to bring back “Let Nothing You Dismay?”

Not everybody who wanted to see it last year got the chance to. It started selling out and towards the end of the run there was not a seat to be had.

Have you made any tweaks to it?

Yes. It is a tighter show and I have made some cuts, and put some new jokes in it. Those who saw it last year will get some surprises. The cast is the same – everyone came back this year.

What do you think is the appeal?

Speaking from my own perspective, I wanted to write a show that was about family the way I experience it. And where it is the mix of people you came from and those you picked up along the way. It turns out a lot of people related to that too. When Stage Door made the decision to bring it back, none of us knew that 2016 was going to be what 2016 turned out to be. And there’s something wonderful about this story that is about our differences and the fact that it’s all those different perspectives that make family work.

Tell us about “Greetings Friend.”

It’s about a retired schoolteacher who answers an email in her spam folder that comes from a mysterious foreign prince that is asking for money. She knows you are not supposed to give money to people over the Internet so she decides to fly to his country and see if she can be helpful. It’s an action adventure featuring two women who are over 70.

Tell us about working with frequent collaborator Shannon Eubanks.

She is so damn smart. The extraordinary thing is that she has this amazing emotional sensitivity with a wicked sense of humor. We tend to find the same things funny. She has a great sensibility with new plays and we have a shorthand together now.

When did you know that you would be doing a Christmas show for Hallmark?

I got the offer the day before “My Summer Prince” premiered and the network had seen the movie and were happy with what they had seen. They wanted to get me in the mix. The only caveat is that the shoot was in September and it was August 5. It was six weeks, from the day I signed until the day we were shooting. This one was fast, unusually so. There’s usually a bit more breathing room, but if we wanted to work with Melissa Joan Hart she had a very specific window of availability. Everything else in my life came to a stop at that time.