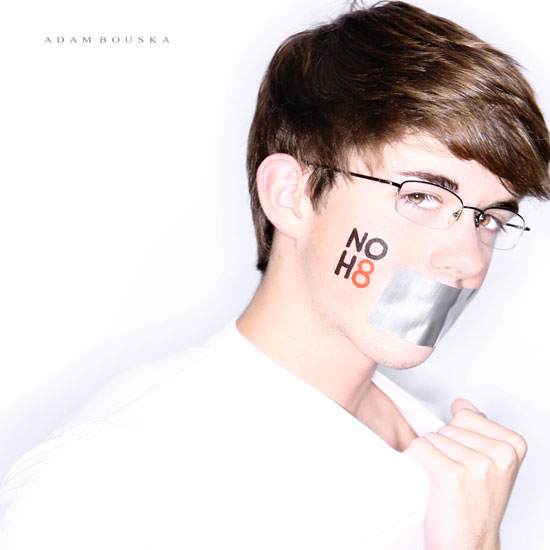 Remember Derrick Martin, the Cochran, Ga., teen who made headlines for taking his boyfriend to his rural high school senior prom? Seems Martin is gaining some celebrity status in California. He recently spoke at the San Francisco GLAAD Awards and has now posed for the renowned NO H8 photo campaign as part of the West Hollywood Pride Shoot.

Other notables who posed for photographer Adam Bouska are “Hairspray” director Adam Shankman, former Menudo member Angelo Garcia, and speed skater Blake Skjellerup. The photos were taken by Bouska at the Andaz hotel in West Hollywood as part of the official West Hollywood Pride shoot on June 12 as the latest in his ongoing series as a silent protest against California’s Proposition 8.

Martin is also apparently trying to form an advocacy group now as well based out of Statesboro, Ga., where he will be attending college. He’s started a Facebook page called the “Equal Human Rights Association.”

“Its time that we stopped calling it ‘gay rights’. The rights we deserve are the same rights every HUMAN deserves. All we are asking for is equality!” states the description of the group.