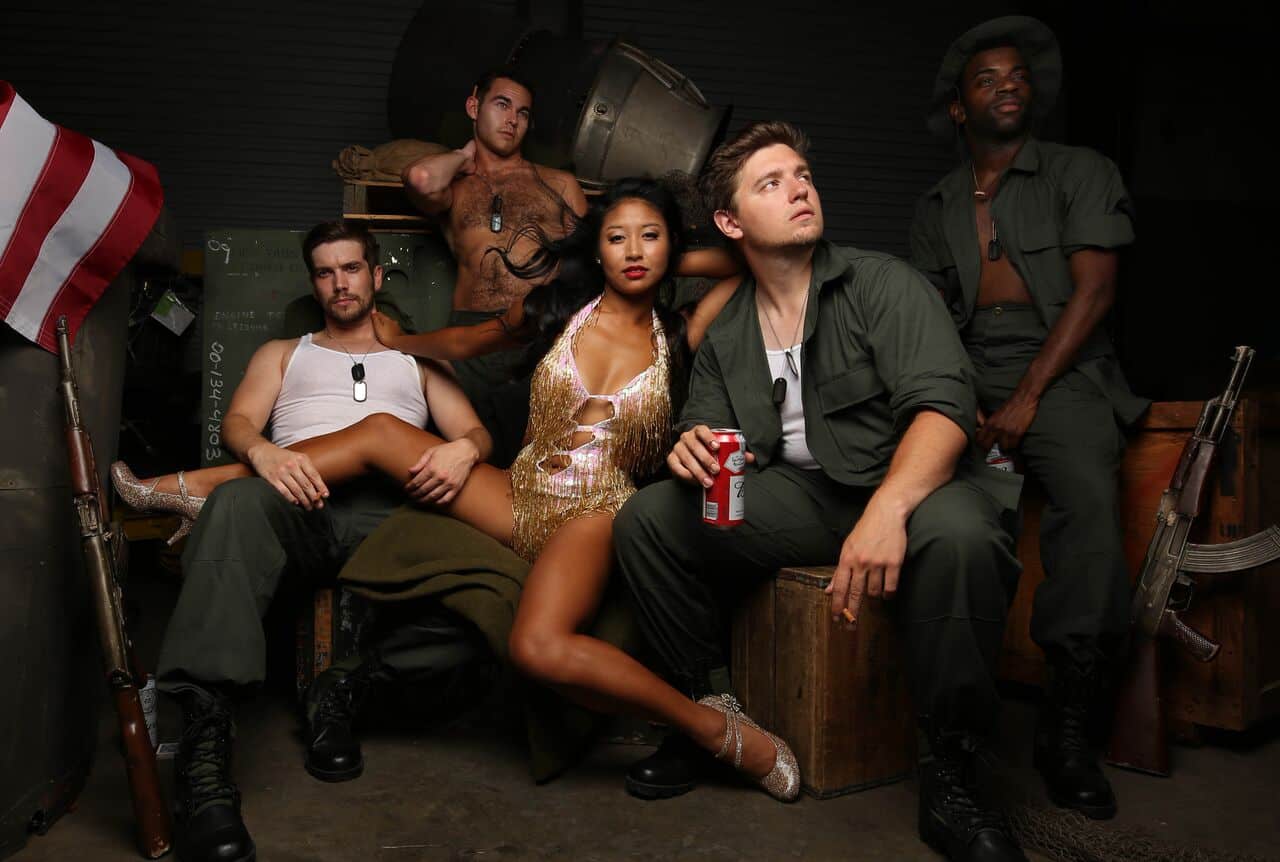 Each year, Brian Clowdus – the out artistic director of Serenbe Playhouse – takes a musical and gives it his own distinctive spin, from “Hair” to “Evita” to “Carousel” to “Oklahoma!” Now Clowdus is directing an outdoor version of the classic, Tony Award-winning “Miss Saigon.” We caught up with Clowdus on the eve of his new production to talk about the casting, the infamous helicopter landing and why the LGBT community will enjoy this.

It’s always been a passion project of mine. It was one of the first shows I saw as a kid. That was over 20 years ago. It’s one of those shows that has stuck with me and haunted me in a way that I have never had theater do. The story is so epic, so heartbreaking. It’s larger than life. It’s also so beautiful and romantic and I love the score.

Was it hard to get?

You apply and you wait and wait. So when we applied we were hopeful, but regional theaters do not produce this show very often, because it is so hard to cast. It’s never been produced in the state, by a professional company. It’s always been on my shortlist to produce and the stars all aligned.

How did you find your cast?

We cast locally first, but we did not find (some of ) the principals locally so we cast that net nationally. We literally had hundreds and hundreds of videos to go through. That is how we chose our Kim and our Engineer. Kim is played by Niki Badua, who was just in the national tour of “Mamma Mia.” The really cool thing is that, hers is the first video we got. We had it the next day. When I saw it, I said this is her. I wanted Kim to be believably 17. She is incredible. We are lucky to get her early in her career. The Engineer is played by Eymard Cabling, who has played the Engineer several times in national tours, and Chase Peacock, who is local, is Chris.

Tell me about your take on this?

The characters all have this idea of a movie in their minds. So we have moments that are very dreamlike and cinematic, grand times when they are using their imagination, where we can really change the color and tone. Then we come out of it and have some simple, real, intimate scenes.

Are there any gay cast/crew members?

Two of the actors are gay and one of the ensemble members. Of course, I am gay, as is choreographer Bubba Carr and the musical director Chris Brent Davis.

Tell us about the helicopter.

We are having our first rehearsal today. We’ll be landing it every night. I think it will be a very cool moment. It’s important to note – the show would be incredible without the helicopter. The helicopter is a cherry, but it’s not a play about a helicopter.

What can LGBT audiences get from the show?

Gay, straight – we are always looking for true love and hope. We are at a point in our country right now where it can be hard to have hope anymore. Every day we take one step forward and then 25 miles back—like Orlando.

The one thing we do have is hope and the ability to fight. In the show, the characters have to have this hope, and fight, because some things you have no physical control over.