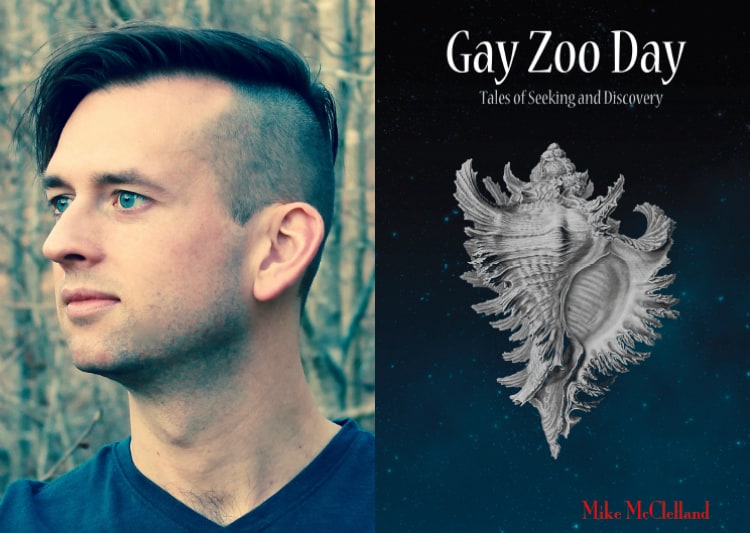 Out Georgia author Mike McClelland’s gearing up for the release of his first literary work this fall, and he couldn’t be more excited.

“Gay Zoo Day” is a collection of eight short tales that take mainstream-style stories and add a LGBT twist.

“You’d have your typical kind of short story and add gay characters and gay situations. I felt like I didn’t have enough of those, but I also felt it was taking back the space a little bit,” McClelland said.

For example, the title short centers on a London zoo hosting its first-ever LGBT event. The zoo is full of lesbian couples and their children, and the hangout for gay men is the cocktail bar set up in the kangaroo exhibit. Another one of the stories is an Indiana Jones-style adventure tale with a male love interest, and a third is a lesbian take on Oliver Twist.

The book releases in print Sept. 1, and pre-orders are available. Plans are in the works for a book launch at Avid Bookshop in Athens, as well as a reading at the Decatur Book Festival.

“There’s this obsession with finding out how people became what they are. Not everything has to be a story about coming out. It can be about your life now,” McClelland said.

McClelland originally hails from Pennsylvania, and spent about a decade working in advertising before changing careers. He now lives in Athens, where he’s pursuing a Ph.D. in creative writing from the University of Georgia.

“When I got to 30, I was like, ‘Oh my gosh, I can’t do this anymore.’ I had a great career where I got to travel around the world so much, but I didn’t rally like the work,” he said.

His husband, Simon Williamson — a regular columnist for Georgia Voice — encouraged him to pursue his dream of becoming a writer. McClelland knew he did his best work when he was studying, so he found the Masters of Fine Arts program at Georgia College and State University in Milledgeville.

“At first it was like, gays in the wilderness,” McClelland said of his time spent in famed author Flannery O’Connor’s hometown. “I began writing every day. My MFA program was great — I went from being an amateur kind of writer to doing it full-time. By the end of my MFA program, I had a book.”

“You take these fiction workshops and … each week bring a story. I went into this story like, even though I’m gay I shouldn’t have to write gay things,” he said. “My stories were just crap. I was like, I need to write something that everybody is interested in that’s entertaining, but literary. I didn’t have my own voice.”

It wasn’t until he sat down and wrote a gay story for fun that he found that voice.

“I wasn’t seeing a lot of gay characters, particularly in the literary short fiction world. I was like, let me try and write as many different short stories about lesbian and gay characters as I can,” he said.

McClelland defined literary short fiction as made-up stories that have more depth and subtext than popular novels tend to.

His advice for fellow aspiring authors? In order to get published, one must first write something to be published. He considers himself lucky for being able to find the perfect publisher for his book, but added there are myriad ways to get a manuscript on the shelves.