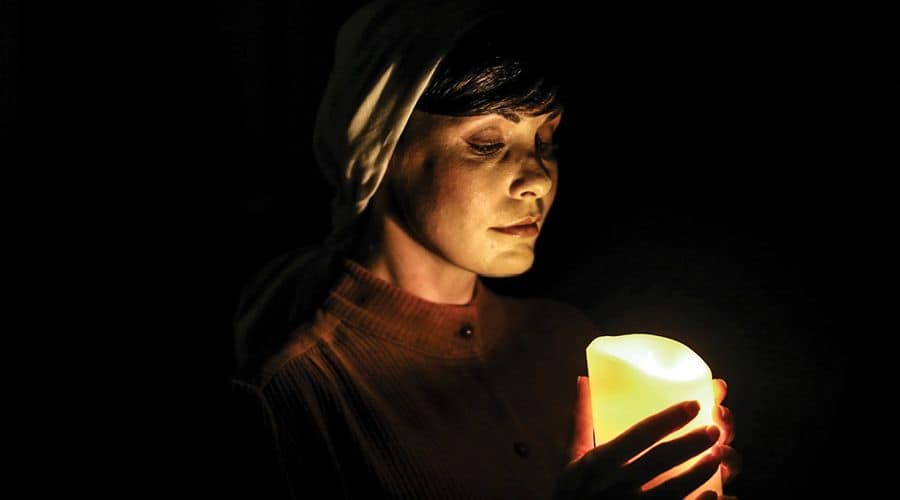 Working with composer Jake Heggie on the operas “Three Decembers” and “Dead Man Walking” has been such a satisfying experience for Atlanta Opera’s artistic director Tomer Zvulun that he was always looking to do so again. The two are now collaborating on the world premiere of the gay-themed “Out of Darkness: Two Remain,” presented by the Atlanta Opera at Theatrical Outfit next week.

The new work, dealing with real life Holocaust survivors haunted by ghosts of the past, is divided into two acts. In the first, Krystyna Zywulska talks to a journalist about her days in captivity, and in the second, Gad Beck receives a visit from his male lover, Manfred Lewin.
Zvulun has known about this project a long time.

“Jake told me five years ago he was working on a piece about the Holocaust and stories of survival and resilience, dealing with the gay community and the Jewish community,” he said. “My interest was piqued. When I read the libretto by Gene Scheer and heard the music, I became obsessed with the piece.”

In the opera, Gad Beck is an 80-something gay Jewish man who cannot sleep at night.

“He remembers his love, a 19-year-old beautiful boy, who was executed during the Holocaust,” said Zvulun. “He was part of 100,000 LGBT folks who were incarcerated and forced to wear a pink triangle. A lot of them were killed because of who they were and who they loved.”

As an Israeli man, Zvulun — who is directing the production as part of his Discoveries series — grew up hearing stories about the Holocaust, but was not familiar with how the gay community was persecuted during the time.

Heggie, who is gay, has been working on the project since 2006, when he was commissioned by a group in Seattle called Music of Remembrance, whose artistic director had always wanted to do a piece about the persecution of gays in the Holocaust.

“I didn’t know much about it,” he said. “I took it on thinking there was a wealth of information to work with and I found that there wasn’t a wealth of material. Even after people were liberated after the camps and the war was over, it was illegal to be gay in Germany until 1969. People went underground or fled. It was only much later that people were able to tell their stories.”

As part of his research, he was inspired by the documentary “Paragraph 175.”

Scheer and Heggie worked together to tell the stories, eventually coming up with three of them.

“We thought, ‘Why don’t we create a full evening opera, since these are two stories of survival?’ We can all connect with what it means to survive difficult circumstances but it’s hard to imagine what it’s like to survive when there is a gun at your head,” Heggie said. “That became what is now premiering in Atlanta. We did our first workshop performance a couple of years ago.”

According to Heggie, Beck — who came out later in life — was a staunch advocate against persecution and he encouraged others to tell their stories. He somehow managed to get the journal that Lewin, who was a poet, had written, and donated it the United States Holocaust Memorial Museum.

Heggie admits other opera houses have shown interest in the work, but his sole focus for now is getting it ready for its Atlanta gig.