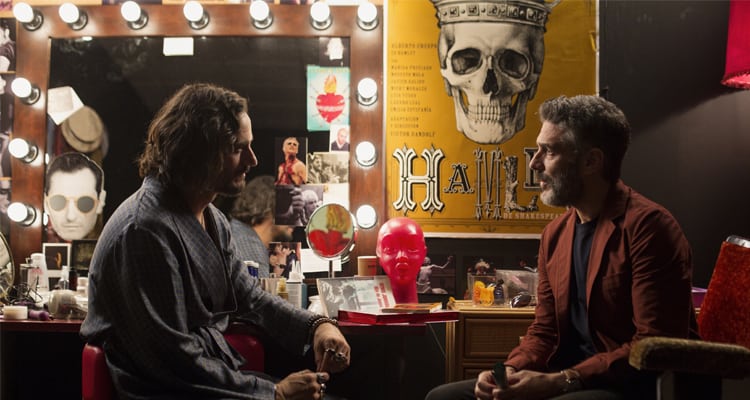 Two gay-themed films with Oscar nominations on their minds have just opened in the ATL – “Pain and Glory” and “Where’s My Roy Cohn?”

A smash at this year’s Cannes Film Festival, “Pain and Glory” is the latest feature by Oscar-winning Pedro Almodovar. Clearly one of his most personal films, it follows Salvador Mallo (longtime Almodovar collaborator Antonio Banderas) a director who has lost the ability to make films anymore. As “Pain and Glory” opens, Salvador has been approached to attend a screening of an earlier film of his, which would require mending fences with a colleague. He agrees – and then starts to look back at his life in the ’60s, when his family came to a small village to Valencia.

Unlike many of the director’s most noted films, “Pain and Glory” is camp free. It’s a drama about a man reconciling his past. Penelope Cruz – another of the director’s muses – has a few great scenes, via flashback, as Salvador’s mother. Growing up, Salvador realizes he is attracted to men. The best moment in the film comes when Salvador is visited by a former lover and there is palpable tension and suspense between the two.

“Pain and Glory” may not have the staying power of some of the director’s classics such as “Talk to Her,” “All About My Mother” and “Women on the Verge of a Nervous Breakdown,” but it’s a soulful, melancholy film. A nomination for Best International Film seems highly likely, with a Best Actor nomination for a never-better Banderas a possibility as well.

“Where’s My Roy Cohn” is an often fascinating documentary, directed by Matt Tyrnauer, who had dual hit films two years ago with “Studio 54” and “Scotty and the Secret History of Hollywood.” The film explores the life of the titular, noted lawyer. Detailing his growing up years, Tyrnauer shows how Cohn’s family life had an impact on him. Throughout his career, Cohn was a controversial figure, to say the least. In his twenties, he helped send Julius and Ethel Rosenberg to the electric chair for treason and assisted J. Edgar Hoover and Senator Joseph McCarthy’s crusade to get homosexuals out of government. The irony is, Cohn himself was closeted. When he died of AIDS, he still told others he did not have the disease.

There’s no debating that Tyrnauer has done an incredible amount of research and the documentary has some unseen material. It can be a tough watch, though. As noted by at least one of the subjects, Cohn was an amoral man and would do anything to win. How he behaved and the manners and ethics he passed on to apprentice Donald Trump have undoubtedly shaped contemporary American politics.

The film wants to accomplish a lot, showing how Cohn became one of the most notorious figures of his time and how he has passed the mantle to another generation. In that aspect, Tyrnauer is quite successful. Yet the film could have benefited from more about the man and less about his legacy. A better film could be made – heck, a miniseries could be made out of Cohn’s life – but it’s nonetheless pretty absorbing viewing. It’s a dark horse pick for a Best Documentary nomination.

“Pain and Glory” is now playing at the Landmark Midtown Art Cinema and The Springs Cinema and Taphouse.