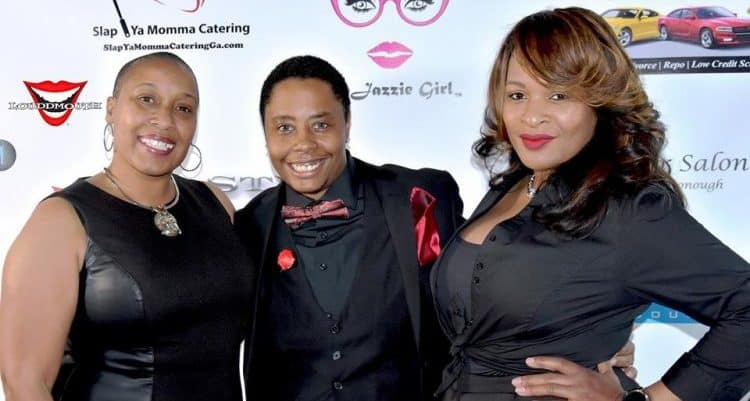 There’s a new courtroom drama on the web — and the law will never be the same, according to its tagline.

“Steele Grey” follows the story of the androgynous female Georgia attorney Grey, played by S. Sonny Jones-Smith, who developed the show and hopes to bring it to a network soon. The two-part pilot episode premiered earlier this month, and she has nine more episodes for the first season in the works.

“’Steele Grey’ is a character-driven show that is designated, what I call my own term of ‘creative activism,’” Jones-Smith said. “I’m a criminal attorney and the storyline kind of transcends from my relationship with the victim of a case that I’m trying. The case is the homicidal death of Mae Lee Wright a.k.a. Aunt Mae, who is my legal guardian that raised me.”

“I want the character to embody some of the things that are important to me: activism, law, the need to step up and step in and speak for those who may be underserved,” Jones-Smith said. “The exciting part is we have LGBT characters being played by LGBT people.”

Her co-stars include Atlanta trans activists Tracee McDaniel and Dee Dee Chamblee, who play Nicolette Andretti and Aunt Mae, respectively. As Jones-Smith met the people who would be come her cast, she knew they would be perfect for their roles, but her project wasn’t quite ready to be made public. So she gave them the gist and they signed on almost immediately without even auditioning.

“These people embody these characters to a point that when we were shooting, my mouth was just hanging open,” she said. “The people they are makes it so much easier for their characters to come into light.”

Jones-Smith graduated from Savannah College of Art & Design, where she studied video and film production. She now owns Louddmouth Multimedia, a radio and TV network and marketing brand. She and her wife, who were both active in the marriage equality movement, live in Stockbridge.

The themes behind “Steele Grey” are especially timely now, given that eight transwomen of color have been murdered thus far in 2017 — similarly to the show’s Aunt Mae. Jones-Smith said things like that keep her going, building the storylines for future episodes based on real-world issues.

“I honestly see the storylines having the longevity of something like ‘Law and Order: SVU,’” she said. “If a network comes and they’re not biased … and the money and everything is right to get the production where it needs to be, I’m totally there.”

View the trailer for “Steele Grey” below. The two-part pilot is available for download here.