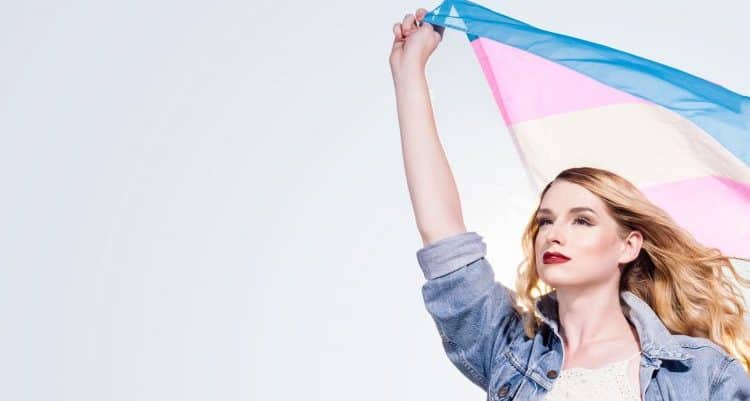 LGBT activist Capri Culpepper is the subject of a new documentary by Georgia filmmaker Caleb Holland, which premieres today on Vimeo.

Culpepper, who is transgender, gained national headlines when she fought the South Carolina government to allow her to wear makeup in her drivers license picture, even though her gender marker on the identification said “male.”

All that was going on while Holland was studying film at Savannah College of Art and Design, which led him to focus his senior thesis on Culpepper. Other issues related to transgender and LGBT rights were cropping up too — namely the “bathroom bills” conversation and the attack on Pulse nightclub.

“I’m gay and these issues are close to my heart,” Holland said. “As we were following Capri’s personal journey, so much happened across the South.”

Culpepper experienced not being allowed to use the correct restroom. She was bullied and harassed to the point of having to withdraw from school and enroll in an online charter program, Holland said.

“What was particularly interesting about Capri’s journey is that she really was coming of age at a time when there was a cultural transition unfolding in terms of politics as well as the nation’s understanding of trans issues,” Holland said. “Her journey mirrors this larger cultural transition that happened across the Southeast over the last couple of years.”

Culpepper also testified in the Palmetto State to stop a proposed bill that was similar to the North Carolina “bathroom bill.”

“Shortly thereafter was when the Pulse shooting happened. While the film focuses on trans issues and coming-of-age trans, to tie in the rest of the LGBTQ community we do that through the Pulse shooting,” Holland said.

“That really was a moment that LGBTQ people throughout the Southeast, but also nationally and internationally, felt — a lot of us felt that could have been us. And whenever something like that happens in your community you just feel a little bit more. You feel the pain of that just a little bit more intensely,” he said.

Making the film was a homecoming of sorts, as Holland returned to his hometown of rural Anderson, South Carolina, to capture someone whose journey was so different and yet so similar to his own. The two briefly knew each other in high school.

“I was graduating high school when she was coming in,” he said. “My freshman year of college I was outed to my parents and they disowned me. I became independent of them and finished school essentially without them, and shortly thereafter my mom passed away of cancer. That had kind of been the background of this, that the past few years dealing with the feelings of what that’s like to be disowned and to be mistreated for something that is a part of who you are.”

Holland called his muse “a source of true light and inspiration,” and said seeing her activism come alive sends a message that no matter where you’re from, you can make a difference.

“Something I thought a lot about recently is the concept that you should try to be the person that you needed when you were younger. My work through this film and Capri’s work through this activism, I think both things are our attempt to do that,” he said. “Seeing a film like this would’ve been helpful to know that there was a way forward and there was a path to happiness and the ability to make a change in the town.”