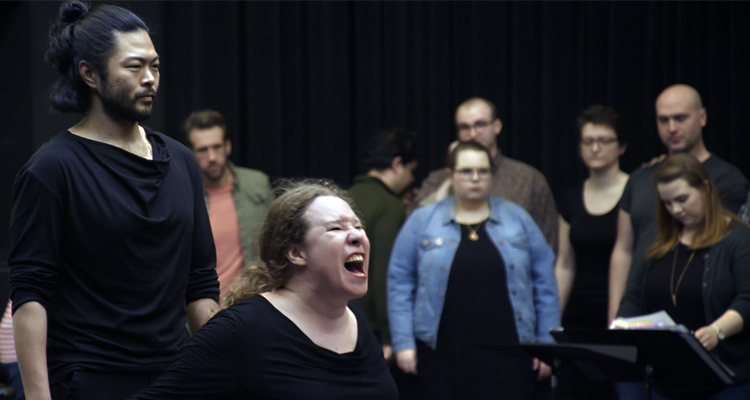 After growing up in Bellville, Georgia, and later attending Georgia Southern University, James Kicklighter has become a full-time director. His new movie, “The Sound of Identity,” is available to stream next week.

The film details Lucia Lucas, the first transgender performer to take on the role of Don Giovanni in 2019 at the Tulsa Opera. The opera producers reached out to Kicklighter that year before Lucas was going to do this performance.

“I was really intrigued not just by her story but how we associate voice with gender,” Kicklighter said. “I thought it would be an interesting exploration of that topic and it would potentially explore that narrative in a way that I had not seen represented on film before.”

The staging is significant because it marks the first time a transgender singer has had the leading role in an opera in the United States on the main stage of a big company. Kicklighter was intrigued by the performance taking place in a location some people would not expect: Tulsa, Oklahoma.

“I think one thing I am sensitive to as a director is the notion of putting people in places and boxes. I think because of the polarization of society we look at things as being blue or red or this is what a state may look like,” he said. “Tulsa is different from some of its surrounding areas. The other thing is what it meant for representation, in that it’s a medium that we think as one being in the past, as dying. Someone like Lucia comes in and can reinvent that image.”

There was little in the way of controversy when Lucas came aboard, although he and the crew expected a little. “That was something we were halfway expecting — going into shooting that there might be protests or pickets, but none of that occurred,” he recalled. “People were remarkably open and accepting to the idea that we were going to make history with Lucia performing.”

It was vital for Kicklighter as a director to make sure the film was not about Lucia’s transition, but her identity. He made that clear to the producers and Lucas up front. “I feel very strongly about that,” he said. “In transgender representations in media the story is nine times out of 10 about the transition. It’s the process of the transition and the before and after, what life was like before. I think that is problematic. Because when we as filmmakers or society decide to make the emphasis always be about transitioning we don’t see transgender people as people, we are ‘other-izing’ them and putting them in a box.”

Kicklighter was not terribly familiar with the world of opera beforehand and had to learn it for the film. Growing up in Bellville, he did not have an opera and his experience was anything he was taught in elementary, middle or high school, or through music classes. “There was a big hesitation to do this film, but the producers convinced me. I did not want to fumble that. I wanted to make sure I was honest to the experience of opera, so I tried to pay close attention and learn as I was shooting and tell myself I could get through it. It helps when you are surrounded by some of the best experts in the world.”

“The Sound of Identity” premiered in 2020, played several film festivals, and has been picked up for digital distribution by Shout! Studios in time for Pride month.

Kicklighter’s first film, “Desires of the Heart,” was filmed in Savannah, and he has also showed some of his projects at the Macon Film Festival. He made his first film at the age of 18.

It took Kicklighter some time to come out as a gay man. “In a small conservative town, that is not a thing that happens or that you talk about, especially in the ‘80s and ‘90s. It’s changed today. I went to school in Tattnall County, and now there is a gay campground in Collins there. I could not have fathomed that existing 20 years ago.” Kicklighter now lives in Los Angeles with his husband.

“The Sound of Identity” begins streaming on June 1.