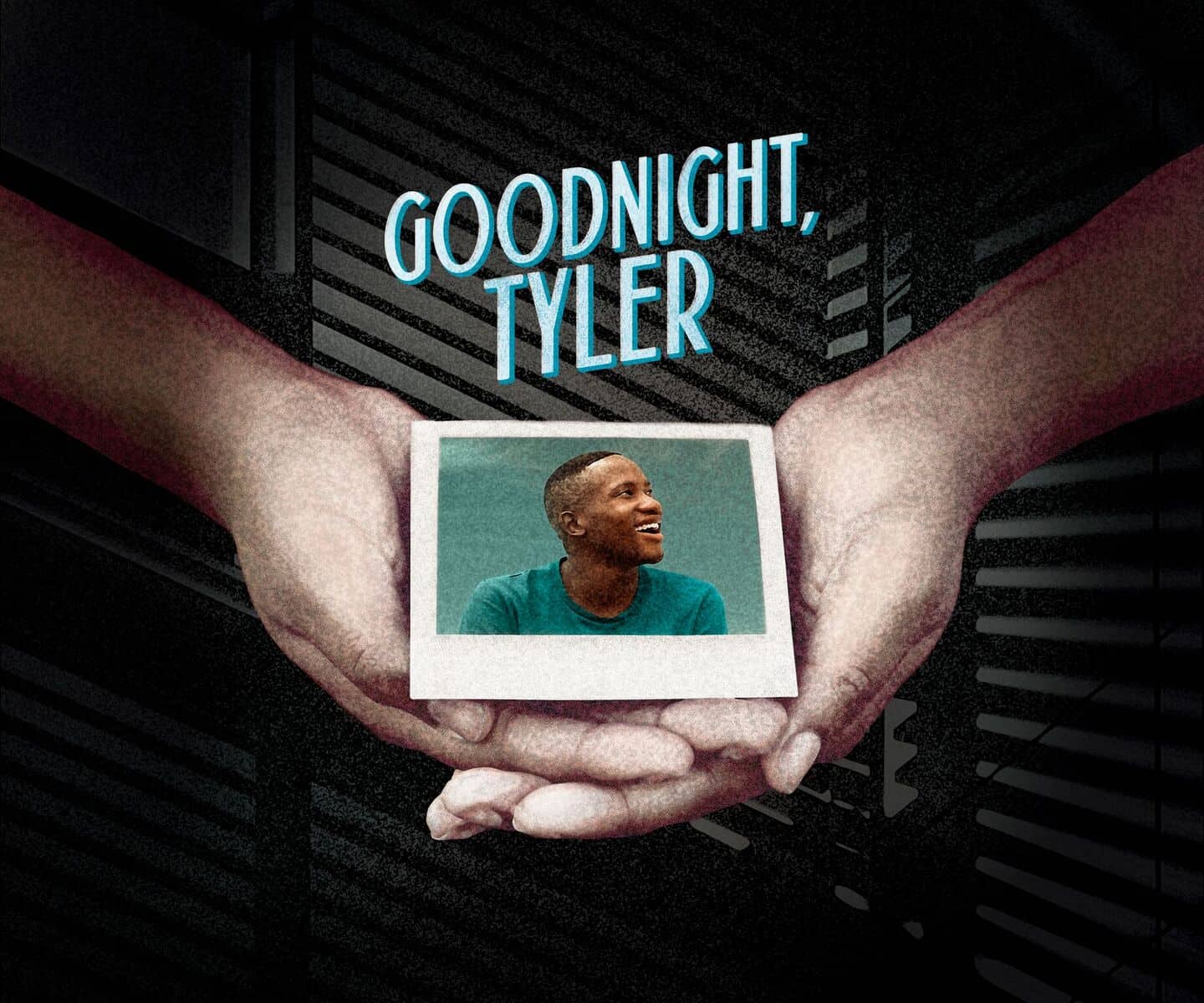 Launched during the company’s 2004-2005 season, the Alliance Theater’s Kendeda National Graduate Playwriting Competition has showcased some major up and coming playwrights over the years. One of those was Tarell Alvin McCraney, the Oscar winner behind “Moonlight.” His play “In the Red and Brown Water” bowed at the company back in 2008.

This year’s winner is “Goodnight, Tyler,” bowing this week. It’s a drama dealing with racial and personal issues, but one that also has its share of laughs. To some people, Tyler Evans (Travis Turner) was a black man who got shot by police officers. To other, he was a friend, colleague and a fiancée. As those close to him debate his time on Earth, the character comes back from life to haunt his best friend.

Written by B.J. (Bato) Tindal, a Philadelphia playwright who studied theater and Africana studies at Oberlin and then got a masters in screen and stage writing from Northwestern, it’s directed by openly gay Kent Gash, who worked at the Alliance Theater from 2001 to 2009  as the assistant artistic director.

Gash became a fan after an initial read of the play – and was impressed by its timely nature. “It’s a brilliant work,” he says. “Tyler refuses to die until those around him get his legacy right. It’s a ghost story, but a lot is going on throughout the storyline. As an African-American male, I feel we are targeted regularly by the police. This is an artistic response to something that is profoundly troubling in our society. It has always been an issue in our culture. At a time when hate seems to be the mode of the day, it’s a play that challenges everyone’s assumptions on every level. It’s also very surprising.”

The character of Tyler is 26 years old, has been raised by a grandmother and has a lot of white friends in his social circle. His best friend since eighth grade is Davis, a gay white man. Tyler is heterosexual but comfortable with his friend.

In other ways, Gash feels Davis is a typical twenty-something. “Like people in their late 20s, he is figuring out where he fits in the world and what he wants his life to be. He is a devoted friend who finds out how devoted his friendship will need to be. When you meet someone at eight years old, I don’t know how much you think of what race they are. You just know you like them, but as you mature and become adults, things can shift and change.”

The director has been especially impressed by playwright Tindal. “He is smart, inventive, wildly imaginative and not afraid to be provocative in his world, but he also has a command of structure and form that is astonishing in a playwright so young. His sense of theatre is exhilarating. It’s as exciting as working with Tarell.”

Gash serves as the founding director of NYU’s Tisch School of the Art’s New Studio on Broadway.  He has been happy to return to Atlanta, however, for the show and the company’s 50th anniversary. “I am so glad to be back,” he says. “I spent so much time here, and I love the audiences here. They have a real appetite for new work. The people here are special.”