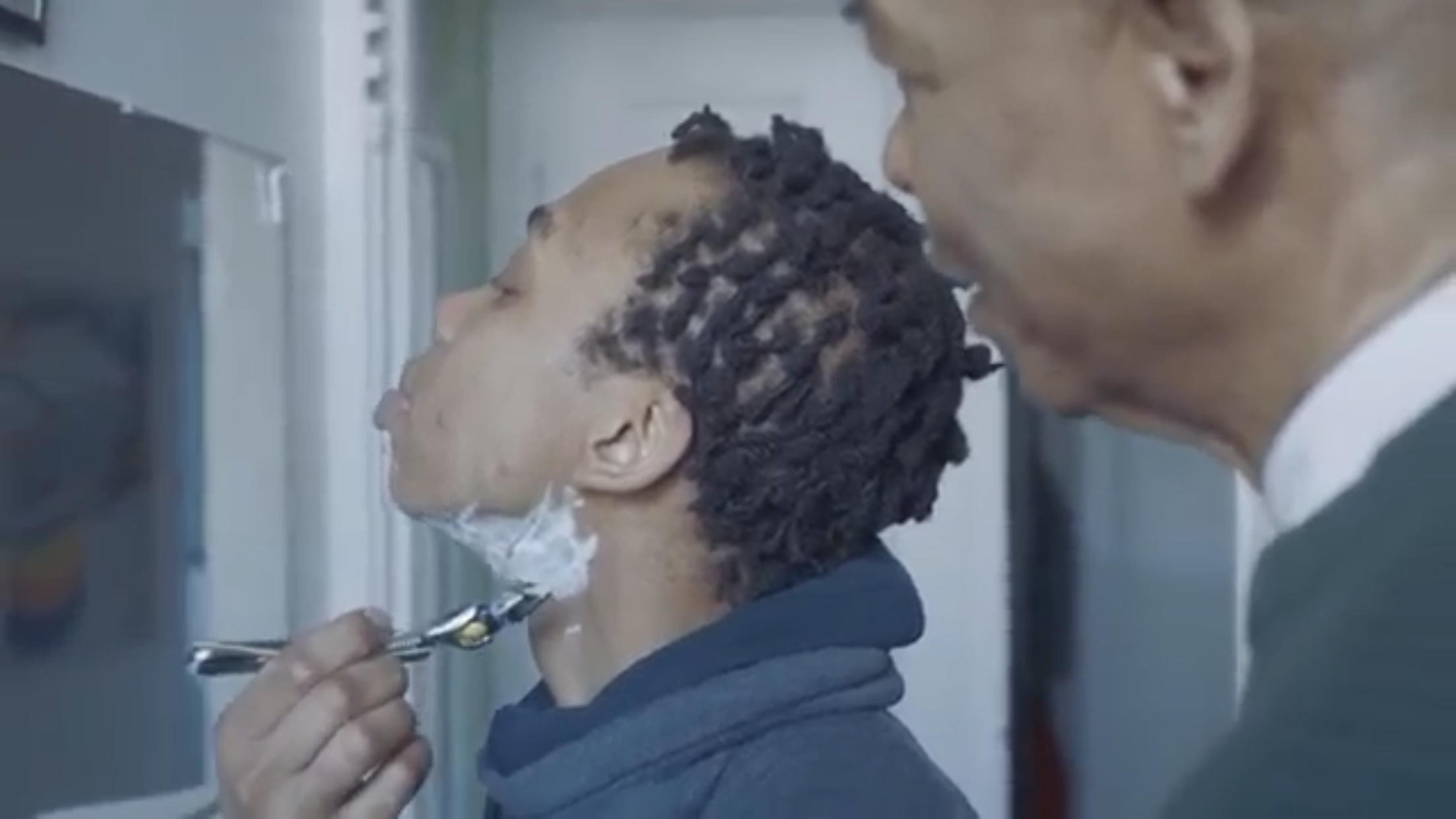 The emotional and poignant ad shares the story of Samson Bonkeabantu Brown, a black Canadian trans man, as he navigated and continues to navigate his identity.

Brown’s father walks him through shaving for the first time, saying, “Now, don’t be scared. Shaving is about being confident. You are doing fine.”

The ad ends with the tagline, “Whenever, wherever, however it happens – your first shave is special.” The ad was released as part of Gillette’s #MyBestSelf campaign.

Wow Gillette released an advert with a black trans man being taught how to shave by his father. This is so beautiful. My heart. pic.twitter.com/RMG00ldbZt

As a black trans man who works in advertising, this is… Everything.

This is the kind of work I dream of creating some day.***https://t.co/VTXa6Aw0N0

Brown later opened up about shooting the ad in a comment on the video posted to Facebook.

“I shot this ad for Gillette and wanted to include my father, who has been one of my greatest supports throughout my transition, encouraging me to be confident and live authentically as my best self” Brown writes. “With the help of Gillette, I was able to share an important milestone in every man’s life with my father. This moment overwhelmed me during filming and again today seeing the ad since it’s been launched. I’m keenly aware of how blessed I am to be able to exist in this world being supported by my family in ways that all too often many of my trans brother, sisters, and siblings who exist outside the binary are not always as fortunate.”

“I am confident that this ad will encourage many of my trans siblings and fill them with the knowledge that our existence in this world can be filled with the love and support we deserve,” his comment continues. “Be good to yourselves. Love yourselves. And know that when you greet the world with love, it can and will love you back, often in the places you least expect. I love you greatly.”