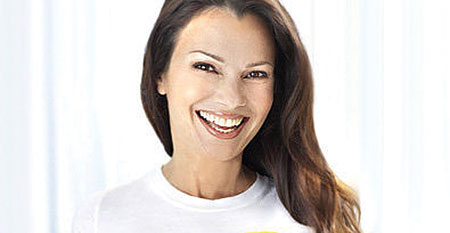 “It’s an honor to be recognized by GLAAD and this award is shared with all of the staff who work so hard on GA Voice every day,” Douglas-Brown says.

Dino Thompson-Sarmiento, senior adviser for the Atlanta Leadership Council for GLAAD, says the event allows the community to celebrate progress.

“We deserve this sort of party to celebrate our community, but also to say thank you for everyone who does their part to pave the way for social change for equality,” he said.
Honorees, Thompson-Sarmiento said, were chosen collectively by the GLAAD’s Atlanta Leadership Council.

“We collectively all nominate people that we feel have been doing extraordinary things,” he said.

After nominations, a voting process determined the final honorees.

“Not everyone knows everyone on the list,” Thompson-Sarmiento says. “There have been some people that have done remarkable things to advance social change over the years – folks who have been doing things for decades that have never been recognized.”

A slew of special guests, including GLAAD’s President Herndon Graddick and a few celebrities yet-to-be-announced, are expected to attend, Thompson-Sarmiento adds.

“We’ll focus on our local folks, but there is some real star power coming. It’s really going to be one of those things you don’t want to miss because Atlanta’s never seen anything like this before,” he says.

GLAAD’s web page for the event features a long list of special guests, including Drescher; her gay ex-husband, actor/director/producer Peter Marc Jacobson, who created the televison series “The Nanny” with Drescher; Kat Graham of “Vampire Diaries,” and many more

Sponsors for the event include Ketel One vodka, Coca-Cola, Delta, Four Seasons Hotel Atlanta, Blake’s on the Park, PWC and Look Young Atlanta.

Tickets to the event start at $50. A VIP package at $125 includes a celebrity reception. Attendees must be over 21. An official after-party will be held at Blake’s on the Park following the gala.

Top photo: Actress Fran Drescher is among the special guests advertised for the Oct. 6 GLAAD Atlanta Gala. (photo via Facebook)