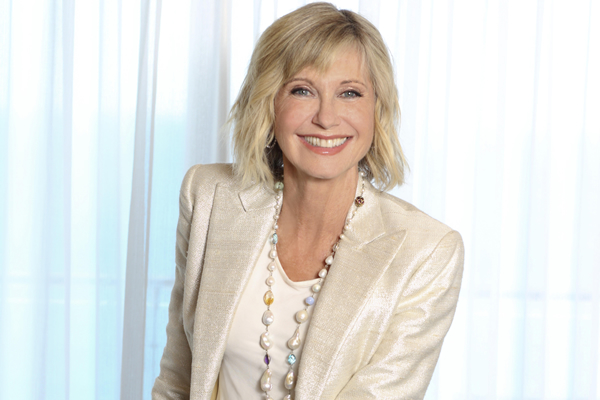 Celebrities, activists and politicians from around the world will participate in the world’s largest virtual global Pride celebration on Saturday.

More than 500 Pride organizations around the world submitted videos and other content for Global Pride.

“We need community and connection more than ever,” said J. Andrew Baker, co-president of InterPride, in an April 1 press release that announced Global Pride. “This gives us an opportunity to both connect and celebrate the LGBTQIA+ community’s resilience in the face of this pandemic and the true spirit of Pride.”

Natalie Thompson, a member of the Capital Pride Alliance’s board of directors who co-chairs the Global Pride organizing committee, said Capital Pride submitted an “inspirational video” with “really notable people from the D.C. area” who are connected to Capital Pride.

“The idea was to highlight that we really are diverse, we really are large and we all bring our perspectives to what the Pride movement looks like, but also how we address LGBTQIA+ issues,” Thompson said. “This is not just a one-sided community. We are really looking at a multi-faceted nature and intersectionalities in our space in D.C.”

Capital Pride is among the hundreds of Pride celebrations in the U.S. and around the world that have been postponed or cancelled because of the coronavirus pandemic.

Thompson said LGBTQ activists in March began to discuss “how COVID-19 was affecting the Pride movement.” She said Global Pride came out of these conversations.

“It was really in response to what can we do to still celebrate Pride and highlight the joys and also remember from our past how we got to the space that we’re in and to also address some of the work that needs to be done,” she said.

Meow on Monday said in a Zoom interview that Global Pride “seemed like the perfect project for me.” Ron deHarte, co-president of the United States Association of Prides, added there has been “a tremendous amount of support from people around the world” who wanted to participate in the event.

DeHarte told the Blade a Brazilian artist could not record a video for Global Pride because a coronavirus lockdown prevented them from leaving their home to go to their studio. Meow added the pandemic has raised additional questions for other participants.

“When people understood what we are trying to do here and understood the magnitude of the opportunity — which is bringing the entire world together for LGBTQ rights during a pandemic — the quick answer is how do I get involved and I want to help as much as possible,” Meow said.

“In some situations, its a matter of volunteering for your community or taking a gig that’s going to give you a paid opportunity during a pandemic,” she said. “If you’re someone who is high up there or you’ve got a specific role, you’re stretched thin, you’re stressed in terms of your time … it’s more about people surviving during a pandemic, but when an idea is proposed, everyone understands the importance of what we’re trying to do.”

‘A microcosm of the larger world’

Global Pride will take place roughly a month after George Floyd, an unarmed Black man, died when a then-Minneapolis police officer kneeled on his neck for nearly nine minutes.

Floyd’s death has sparked a worldwide protest movement against police brutality and racism. Activists and advocacy groups who support the Black Lives Matter movement have also sought to highlight the case of Tony McDade, a Black trans man who a white police officer in Tallahassee, Fla., shot to death on May 27.

“It would be incredibly irresponsible of us to not highlight what’s happening in the world,” she said. “People are paying attention to the fact that historically people of color have been pushed out to the margins, people of color have traditionally been underrepresented, underserved and discriminated against and that systemic racism not only plays a part in our policies, but systemic racism plays a part in everything that happens around the world.”

Dana Marsh, president of Fierté Canada Pride, a group that represents Pride organizations in Canada, made a similar point in the April 1 press release that announced Global Pride.

“Pride is not just a celebration, but a homage to our origins; the defiance and resistance against all systems of oppression,” Marsh said. “We acknowledge the intersections that join us in the global fight against homophobia, biphobia, transphobia, gender discrimination, racism, sexism, classism and colonialism.”

Meow said Alicia Garza, co-founder of Black Lives Matter who identifies as queer, is among those who are participating in Global Pride. Meow also referred to Hall.

DeHarte agreed, noting the Black Lives Matter announcement, “was just another opportunity of what we see come from the platform of what Pride is.”

“It gave us the opportunities to really focus attention and raise awareness on a particular issue,” deHarte said. “The content that is coming … is centered on advancing the political, human rights, social, racial justice issues, to bring equality for all people. That is what we’re about. This gave us an opportunity to really advocate against violence focused on particular persons of color.”