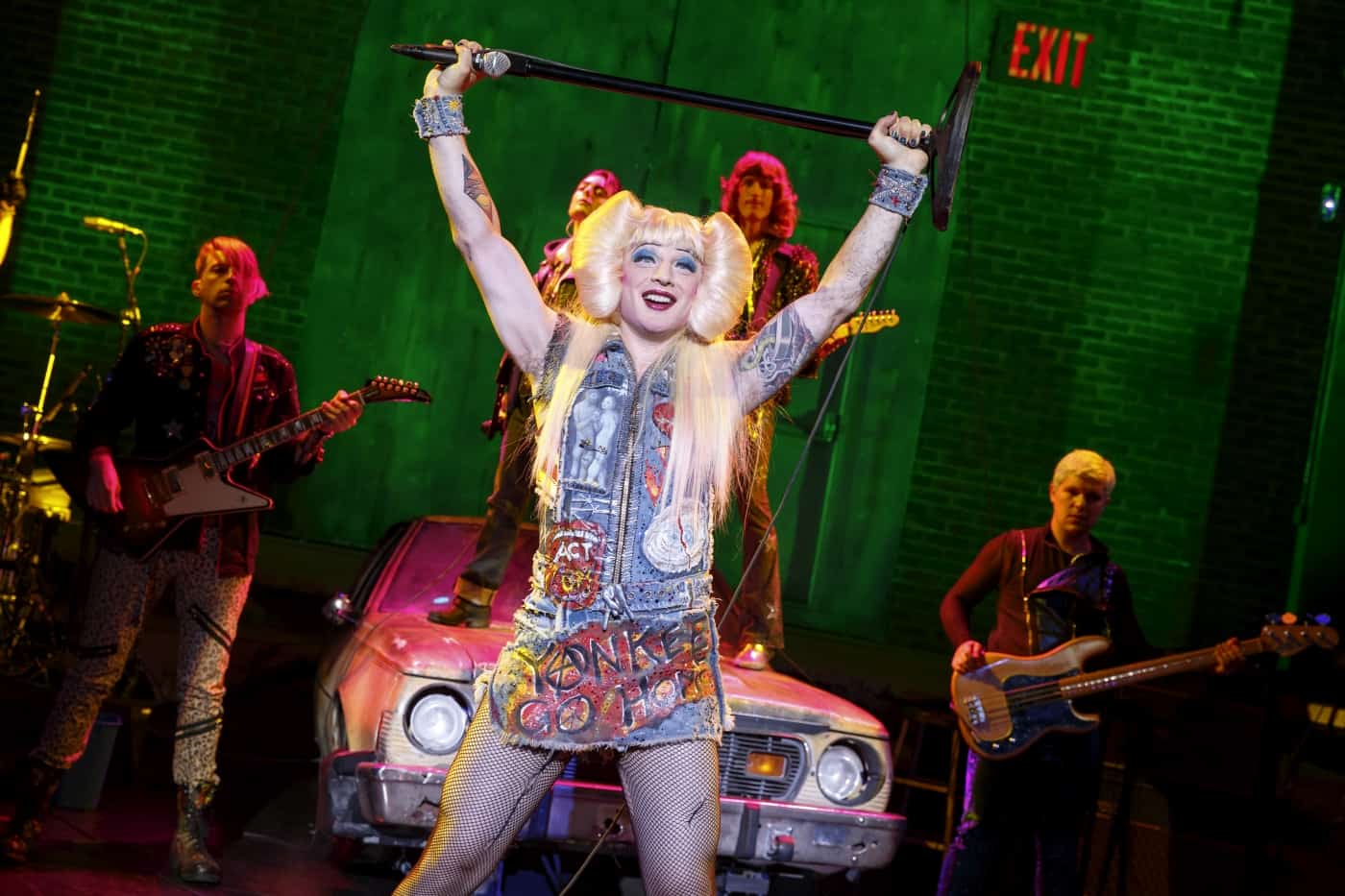 ‘Hedwig and the Angry Inch’ to rock The Fox

It’s one of the most celebrated stage musicals of the last 20 years, and its central character is an iconic figure in the LGBT community. “Hedwig and the Angry Inch” comes to the ATL next week as part of its first national tour. Originated off-Broadway in 1998 by John Cameron Mitchell, the show finally landed on Broadway in 2014, where it won a Tony Award for both Best Musical Revival and for its then-star Neil Patrick Harris.

As part of the tour, actor Euan Morton steps into the role of the infamous Hedwig, who, after moving to the United States to be with a soldier and surviving an unsuccessful sex-change operation, searches for an ex-lover turned rock star. The role came, Morton told Georgia Voice, in a “boring and traditional way.”

“I auditioned for it,” he said. “They asked me to audition before, but I was busy with something else and later they called up again, which was very flattering. It went very well. I got a callback and had to do a dance audition, which was not my forte, for John Cameron Mitchell and the entire team. And they called up later and said the job was mine.”

The tour started last fall with “Glee” star Darren Criss in the role. Morton took over in San Diego in November, and has been performing ever since. He admits that the physicality has been more demanding than the emotional heft.

“The emotional stuff is acting and it’s real, but it’s easy to put down,” he said. “It’s not something I take home with me. The physical stuff is harder. It can be tiring to do all this and sing these songs eight times a week. ”

It takes Morton about an hour-and-a-half or so to become the character each night. He has to be exact because Hedwig fans know what she looks like.

“A lot of my job is done if my wig and costume people are convincing because people will buy what I am selling,” he said.

The actor’s version of the character showcases both Hedwig’s masculine and feminine side, and he also plays her with curiosity and boldness.

“I want people to find her personable,” Morton said. “I don’t think she is out to be that aggressive. She says things that she thinks are funny, but it’s not shock value – it is who she is.”

What has endeared “Hedwig” to fans over the year is its universality. Despite her rough exterior, Hedwig is ultimately someone audiences can empathize with.

“It’s about a person who loves and longs and has joys and fears. I think people can relate to the human emotions of the show, and to the problems with the parents and the problems with a lover,” Morton said. “You don’t expect to like Hedwig necessarily. She is not the type of woman you’d stop to help in the street. But I think people eventually love her and once you fall in love with someone, it’s hard to turn away.”

The actor said he feels that aspect is one reason it has been so well-received in the LGBT community. What Hedwig is saying is that we are not different.

“If you are willing to look past the presentation, beyond the insanity, you’ll find we are the same,” he said.

What has also endeared fans is the beloved score. Morton’s favorite numbers are “The Origin of Love” and the reprise of “Wicked Little Town,” which he called the transformative moments of the show.