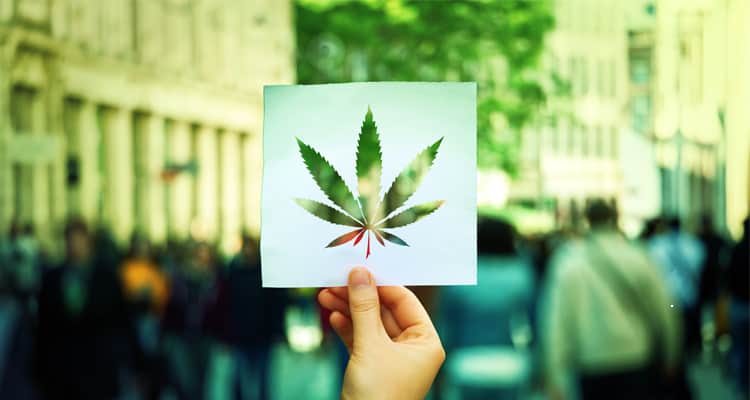 As the decades continue to pass by, Georgians have waited to be legally able to buy, sell, grow and consume cannabis. The continued prohibition of cannabis has led some of us to choose vacations to places based solely on their ability to legally consume cannabis, and they’re not the only ones. Cannabis tourism is now a global phenomenon.

Currently, one out of every five U.S. states has legalized recreational cannabis usage.

All of these states offer something special to cannabis tourists, but we’re going to zoom in on a few select experiences.

Conveniently enough, all three states on the west coast have legalized recreational cannabis use. Taking Interstate 5 up the coast, travelers can decide to stop in a multitude of cities on the route. The route starts south in San Diego, then moves through Los Angeles and up to San Francisco. Moving North from San Francisco, Interstate 5 goes through miles of national forest land until eventually hitting Portland, Oregon. The next big city on the route is the final destination of Seattle, Washington. Make sure that the cannabis bought in each state is consumed in that state! Transporting it across state lines can quickly become a legal issue.

This ranch is a beautiful privately-owned estate that starts at $999 a night. Located near Golden Gate Canyon State Park, the entire place is cannabis-friendly, so visitors can smoke outside or vape inside without worrying about discretion. The ranch sits on over 100 acres of beautiful mountain wilderness and offers activities like ATV guided tours, archery, biking and massages.

Smoke Pot in the Nation’s Capital

Recreational cannabis usage is also legal in Washington D.C. Besides spending a day stoned in the Smithsonian or at the Washington Monument, D.C. has lots to offer in terms of cannabis tourism. According to cannabistours.com, there are regularly-scheduled puff, pass and paint events, THC cooking classes and cannabis-friendly hotels, all of which are not unique to D.C. Something that is unique to D.C., however, is The History of Cannabis Museum or THC Museum, which chronicles cannabis use since ancient times.

International communities in Europe, South America, Canada, and Asia are taking part in cannabis tourism as well. According to Thrillist, 30 countries have fully legalized, partially legalized or decriminalized cannabis use, including Canada, Uruguay, and Amsterdam.

Uruguay’s most eccentric hotel, Casapueblo, is known for its obscure beauty and luxurious amenities. A two-night stay can start from $255 to $593. While cannabis is fully legalized in Uruguay, only citizens of the country can buy it legally. Citizens can, however, legally give cannabis to tourists, so just be sure to play it smart.

Take a CannaTour in Toronto

A multitude of companies offers cannabis tours, one of which is CannaTours. It offers cannabis connoisseurs the option to be carted by limousine or party bus to varying dispensaries, restaurants, spas, cooking classes and/or vape lounges.

Visit one of the 173 coffee shops in Amsterdam that sell and allow the open consumption of cannabis. Comparable to hookah lounges, tourists often hop between coffee shops, either independently or on a guided tour.

Bringing it Back Home

While all of the above options are nice, the reality is that most people can not afford such lavish vacations, if they can afford vacations at all. While cannabis is almost fully outlawed in Georgia — with the exception being a small percent of THC prescribed for certain chronic illnesses — the city of Atlanta celebrated a step forward in October 2017 when the city council decriminalized the possession of under an ounce of cannabis.

This means that while consuming cannabis is still illegal in Georgia, people who get caught with a joint in Atlanta only receive a small fine. This makes Atlanta the safest place in Georgia to consume small amounts of cannabis.