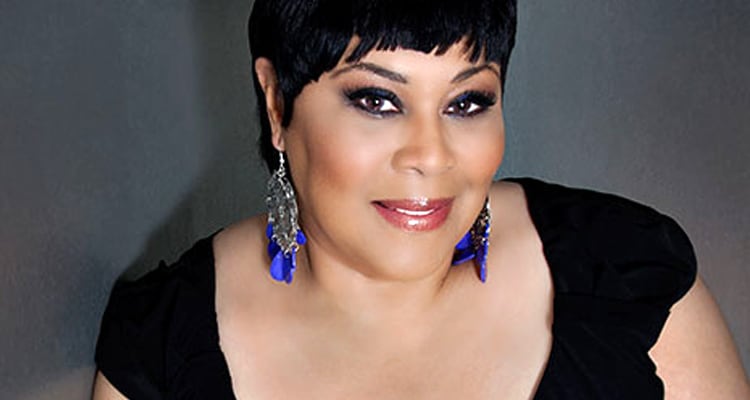 She’s known as one of the first ladies of disco, been nominated for two Grammys, and had numerous hits make it on to the dance floor at clubs around the world! At the young age of 65, Martha Wash isn’t slowing down anytime soon! Fresh off her performance at Positive Impact Health Center’s “Party with an Impact,” we caught up with this diva on her life of performance and service to the LGBTQ community!

Firstly, thank you for speaking with us at the Georgia Voice! We’re huge fans and can’t get enough of your hits! As a performer though, how have you used your music to connect with your fans and supporters?

I try to make music that inspires, uplifts, and makes you think. If you feel any of those things, then I’m happy to continue making music like that. Just follow me on the journey! You may like where I take you.”

Your songs are remixed and played in clubs/bars, and you are a household name in the gay community! “It’s Raining Men” is an iconic hit lifted up by gay men around the world! How have your LGBTQ fans been there for you throughout your career and supported you through successes and failures?

Wash: “They’ve always been my #1 fan base. When I’ve had a hit or not, they’ve always continued to support me over many decades. I always say if you were around when I first started recording, then we’re both blessed to still be here!”

Coming to Atlanta for “Party with an Impact,” why do you think highlighting non-profit organizations like Positive Impact is important for the community?

“Depending on where you live, that may be the only organization that can help you with your needs. We’ve all heard of national and even international organizations, but I’d like to think it’s much more positive and reassuring to have someone that knows you by name and makes you feel comfortable being there.”

What does it mean for you to support such a powerful organization like Positive Impact Health Centers with their care for the LGBTQ community here in Atlanta?

“I’m happy that the Positive Impact Health Center is doing such a great job here in Atlanta. Anytime I’m available, I’d be very happy to come back and help.”

You’ve spent decades helping with the fight against HIV/AIDS and been honored for doing so. Where do you think this fight is now and what do you think your voice and the community can continue to do to end HIV/AIDS for good?

“I think there have been great strides made in research and medication. People are living longer and thriving despite their status, as opposed to even 20 years ago. I would say just stay proactive regarding your health.”

The Positive Impact party was a success and you rocked the crowd. Tell me how you felt on stage! How was the crowd? What was it like performing alongside Taylor Dayne? Give us all the feels that hit when you were on stage!

“I had a great time with the show. The audience was right there along with me. It’s always nice when you see the long-time fans as well as new ones, you know the younger generation! LOL!”

Pride is this week and your performance will still ring in the ears of those attending your show last weekend. What can you say to visitors in Atlanta who are coming to the city to celebrate their Pride and how they should embrace their right to love freely?”

“Just come and have a good time in Atlanta. They’ll show you some warm hospitality. Be who you are and don’t let anyone say that you can’t be you!”

In today’s political climate, many citizens feel like their voices aren’t heard because of so much hatred coming from the White House and Trump administration. What can you tell them to encourage them to keep fighting for their voices to be heard?

“That’s it. Keep fighting, protesting, demanding, calling, writing because until the words “with liberty and justice for all” becomes true, then the allegiance we pledge is a lie!”

You’re still going strong! Can you tell us what you’re working on next in your career? Albums? Tours? Give us the details!

“My new CD “Love & Conflict” will be out Feb 1 on my label (Purple Rose Records)This time around it’s a blues-rock, R&B tilt. I’ll be debuting it at SXSW in March. My production company (Do-Kwa Productions) is producing an online entertainment magazine, F.L.O.D. Spotlight as well as my cable show “10 Minutes With Martha Wash” which can now be seen in most cities throughout the
You Too America Network.”