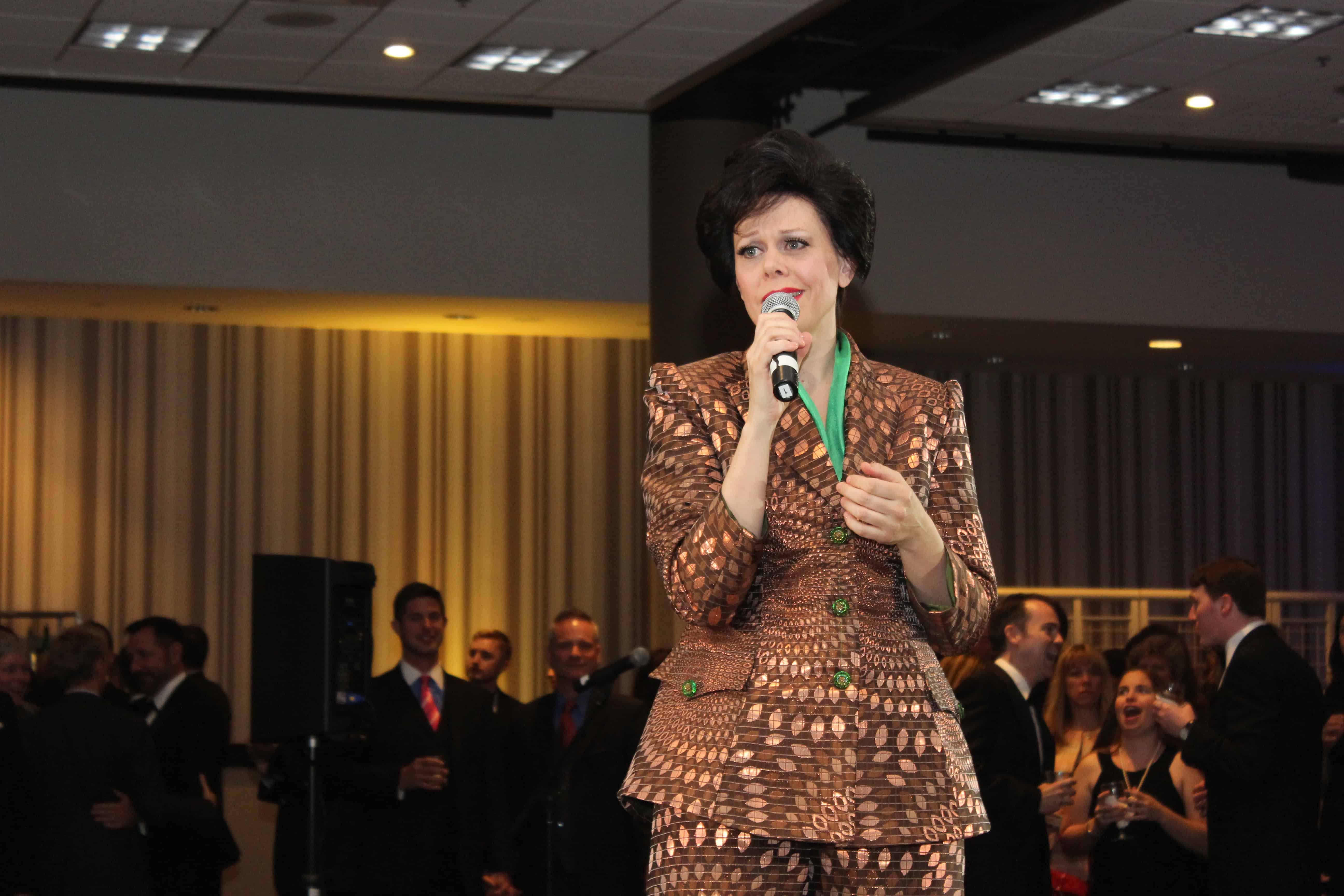 Freddie Ashley, the artistic director of Actor’s Express, usually doesn’t take pitches for future programming. Yet when actress Natasha Drena contacted Ashley a few years ago and suggested the Judy Garland musical “End of the Rainbow” to him he knew it was a great idea. “Rainbow” opens May 14 at Actor’s Express.

Peter Quilter’s musical looks at the legend in the months leading up to her 1969 death. She is staying in London with her fiancé Mickey Deans and dealing with her drug addiction and a career that has faded. A five-week concert gig, she hopes, will push her back into overdrive. Written in 2005, the musical features close to a dozen songs such as “The Trolley Song,” “Get Happy,” “The Man That Got Away” and—of course—“Over the Rainbow.”

“Rainbow” is directed by Ashley with Drena playing Garland. He feels the actress is a natural for the part. “My first reaction (when she contacted me) was Natasha was Judy Garland,” he says. “She has such an affinity for Judy. She wants to take care of her.” Drena has played Garland once before, in Georgia Ensemble Theatre’s “Beyond the Rainbow.”

Ashley felt the London gigs were an opportunity to escape some of the bad press Garland had gotten around the time and prove herself. “She was the greatest talent of her time, and she has this last chance to achieve greatness and she does it,” he says.

He admits to doing a lot of research on Garland before diving in—watching tons of footage and interviews with her, particularly from the last years of her life. One misconception he had was that those last concerts were failures. In fact, they were the opposite. “They were killing her—literally—but she was re-claiming her crown,” Ashley says. “Those last concerts were a triumph.” Eventually, though, she was not destined to live a long life, he says.

Radio personality John Lemley of WABE’s City Café has s small role in “Rainbow” as a radio announcer interviewing Garland. Many don’t know that he has a degree in musical theater and a huge passion for it. “That was my life for the first 25 years or so,” he says.

About the time he was about to walk across the stage at Birmingham Southern to grab his degree, he got a change of heart. “As much as I love theater, an actor’s life was not for me,” he says. “I needed a little more. I was seeking more normalcy. Theater and acting doesn’t afford you that. I rarely long for it, unless I go and see a really great show. Then I think, ‘That looks like fun.’ The remedy for that is seeking out a really bad show somewhere and thinking, ‘Thank God that is not me.’”

But while a student, Lemley had Broadway and London’s West End as a goal. “I don’t want to say I chickened out but I really just decided there had to be something there would scratch that performance itch without taking such a crazy bite,” he says.

Lemley and Ashley, who are both gay, worked together in a staged reading of the play “8” several years ago. Lemley afterward had mentioned he would be game for future work to the Express casting director, Sheila Oliver, who also works in sales at WABE. He laughs that his role in “8,” a play about the Propositon 8 trial in California, was almost typecasting.

“That was very much like this role only even closer to who I am Monday to Friday,” Lemley says. “I played the role of a NPR reporter/anchor. I played myself. It was a great way to get my feet wet for the first time in a few decades after having done no theater at all.”

He does a good bit of emceeing, narrating, hosting events but “8”was his first theater gig in a while. “Thank heavens it was a staged reading and I had my script,” he laughs. “My biggest fear (in this show) was going off book and I’m only onstage for two or three pages at most. It’s a cameo with a small c.”

Lemley jokes that ever since Oliver found he had his “framed degree” she has been trying to slowly pull him into doing more. She asked him about this project and eventually he talked to Ashley and tested. “It sounded like a safe role for me to take a test drive in,” he says.